The Supervisory Board of the Yalta European Strategy (YES) held a traditional Ukrainian lunch in Dnipro, during which they learned the wishes and opinions of local residents, in order to then pass them on to international leaders at the Munich Security Conference. 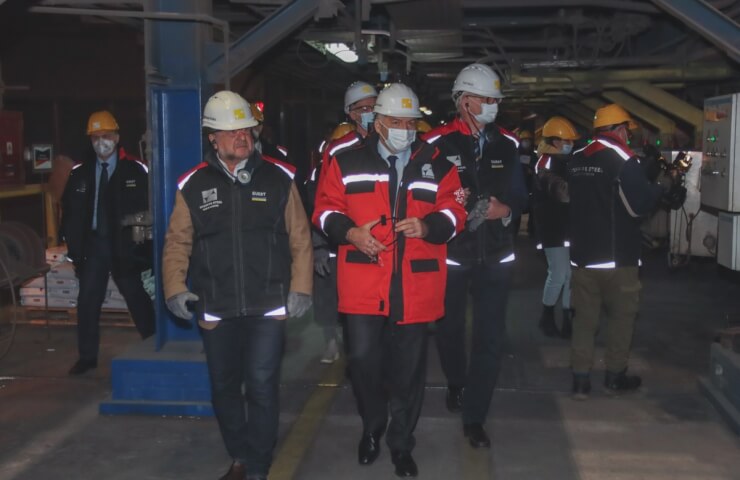 Against the backdrop of military escalation by the Russian Federation, the leaders of the Yalta European Strategy expressed strong support for the Ukrainian people and Ukraine, its territorial integrity and the right of official Kiev to determine the course of development, the press service of the Ukrainian industrial company Interpipe Viktor Pinchuk said includes Interpipe Steel.

Foreign guests and the main shareholder of the enterprise expressed confidence that international solidarity will help Ukraine at this difficult moment to follow the path it has chosen.

The Yalta European Strategy (YES) is a platform created in 2004 to discuss Ukraine's European future in a global context. The forum got its name due to the fact that from 2004 to 2013 the annual meetings of YES were held in a symbolic place - the Livadia Palace in Yalta.

Recall that today there are enterprises in Ukraine examined by another wealthy businessman of the Forbes list and his partner. Rinat Akhmetov and Vadim Novinsky visited the Mariupol plants of the Metinvest group for the first time in a long time and walked along the coast of the Taganrog Bay. During the visit, they promised to raise workers' wages twice and invest more than a billion dollars in the development of metallurgical production in Mariupol.

Финансовая аналитика, прогнозы цен на сталь, железную руду, уголь и другие сырьевые товары. More news and analytics on Metallurgprom telegram channel - subscribe to get up-to-date market information and price forecasts faster than others.
Сomments
Add a comment
Сomments (0)
On this topic
INTERPIPE has allocated $ 2 million for the purchase of tests for coronavirus
Interpipe denied the message of the American publication about "active trade" with Russia
Interpipe announced a planned action to discredit the company in the Ukrainian media
The price of electricity for Ukrainian metallurgists turned out to be twice as high as for French
Interpipe withdrew from the JV with the French due to tariff restrictions on the EU steel market
Interpipe's 5-year Eurobonds for $ 300 mln are assigned a priority unsecured rating of 'B'
Recommended:
Vitkovice Steel stops steel production due to anti-Russian sanctions
Hydrogen to be 'key element' of future EU economy - EU climate chief
Electricity from waste: Naftogaz and Clear Energy launched a biogas power plant in the Lviv region
News Analytics
The largest producer of titanium raw materials in Ukraine OGCC will sell25-05-2022, 20:48
Glencore accused of bribery in London pleads guilty in the US25-05-2022, 10:44
Swiss oil and gas equipment manufacturer Sulzer leaves Russia24-05-2022, 13:08
BIR: European Commission's decision on scrap metal will be the most tragic24-05-2022, 11:41
Rejection of Russian palladium destroys markets24-05-2022, 11:41
US steel market sentiment becomes more price neutral05-05-2022, 10:15
The global high-strength steel market will grow steadily by 5% annually for the04-05-2022, 08:45
China steel inventories hit 13-month high amid COVID-19 outbreak30-04-2022, 16:38
Slowdown in global auto sector affects steel prices27-04-2022, 12:36
World alumina production reaches a record 138 million tons21-04-2022, 09:54
Sign in with: