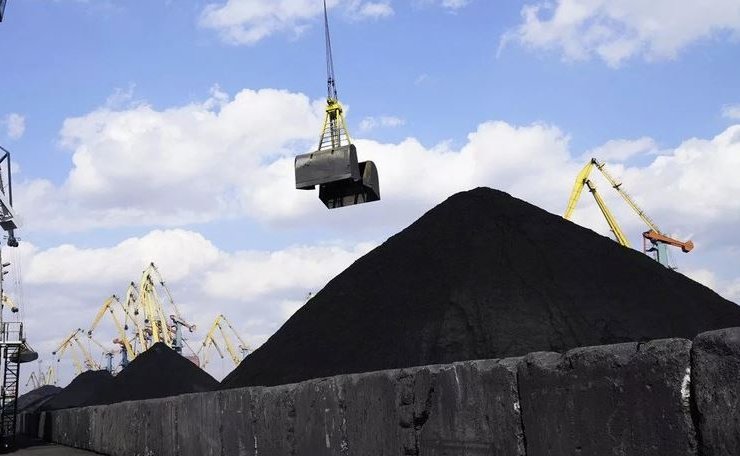 DTEK Energo has agreed with the international company HC Trading (Heidelberg Cement Group) to supply an additional 60 thousand tons of coal from the USA, which should arrive in Ukraine in November 2021.

“The delivery is expected to arrive in Ukraine in mid-November this year. Thus, to date, the total volume of coal contracted from the United States is 285 thousand tons, ”the company said in a statement.

Earlier, the company contracted for the supply of 225 thousand tons of coal from the United States. In particular, HC Trading (Heidelberg Cement Group) agreed to supply two shiploads of American thermal coal to Ukraine. The volume of agreements with the supplier amounted to 150 thousand tons. This is the company's second contract for coal imports from the United States.

The first contact for the supply of 75 thousand tons of American thermal coal was signed at the end of August. In addition, for the third month in a row, the company has been importing coal from Poland (two agreements were signed for the supply of a total of 340,000 tons of thermal coal), as well as from Kazakhstan.

In total, during September - October, the company imported more than 278 thousand tons of coal.

Сomments
Add a comment
Сomments (0)
Partner news
Recommended:
State Service of Geology and Mineral Resources of Ukraine has updated data for Google Earth
Supervisory audit of rail products passed at the Dnieper Metallurgical Plant
Yuzhmash denied reports of agreements with Turkey on the supply of Zenit-2 missiles
On this topic
World steel production in November increased by 6.6%
World steel production in November decreased by the percentage
Rinat Akhmetov's energy holding began purchasing coal from Poland, Kazakhstan and the USA
At CorumExpo presented the first Ukrainian harvester for coal mining in ultra-thin seams
Yuzhmash told whether it is possible to launch reusable rockets from the Black Sea
Fitch reversed the default DTEK energy Rinat Akhmetov
News Analytics
Ведущие автопроизводители заявили о повышении цен на автомобили из-за роста цен05-12-2021, 10:42
Yuzhmash denied reports of agreements with Turkey on the supply of Zenit-204-12-2021, 13:35
Gold price rises amid falling US employment data04-12-2021, 12:37
Elon Musk announced the start of construction of a SpaceX launch pad in Florida04-12-2021, 11:27
Zaporizhstal transferred 1400 tons of medical oxygen to Ukrainian hospitals in04-12-2021, 10:14
What unites Ilona Mask and other richest people in the world31-10-2021, 12:28
Moldavian Gordian knot - big politics28-10-2021, 11:03
Elon Musk's equity capital is approaching the $ 300 billion mark27-10-2021, 13:26
Hopes are dying to end the world's dependence on coal25-10-2021, 16:54
Will the rise in steel prices limit metallurgical production?25-10-2021, 11:44
Sign in with: