Tolexis Trading Limited, a Cypriot investor in ZTMK, has announced political pressure on the court in the case of the Zaporozhye Titanium-Magnesium Plant and will defend its legitimate interests in the Supreme Court. 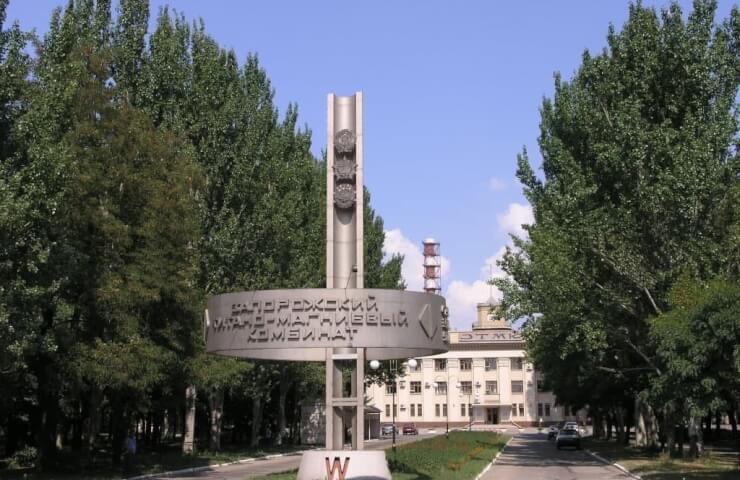 Tolexis Trading Limited will challenge the decision of the Central Commercial Court of Appeal to terminate the agreement on the establishment of Zaporizhzhya Titanium-Magnesium Plant LLC between the State Property Fund of Ukraine and the ZTMK investor, the Cypriot company Tolexis Trading Limited, as well as to return the integral property complex to the state.

“The decision is unfounded and politically motivated, it was made with a number of procedural violations”, - announced in the press service of Group DF Dmitry Firtash.

“Accelerated decision-making and a number of procedural violations that we saw give us grounds to talk about political pressure on the court. Tolexis Trading Limited was not given the opportunity to defend its interests in court, the trial was held without a representative of Tolexis, the panel of judges changed several times for no apparent reason, "- said the lawyer of Tolexis Trading Limited Roman Chishinsky.

According to him, this is part of a raider plan to spin an enterprise y from a foreign investor for a specific buyer.

Финансовая аналитика, прогнозы цен на сталь, железную руду, уголь и другие сырьевые товары. More news and analytics on Metallurgprom telegram channel - subscribe to get up-to-date market information and price forecasts faster than others.
Сomments
Add a comment
Сomments (0)
On this topic
The Antimonopoly Committee launched a case against the Metallurg Zaporozhye football club
Metinvest will act as a strategic partner of the Khortitsa National Reserve development project
Experts confirmed the high level of environmental safety of the pond-evaporator plant in utlyukskom
The court confirmed the illegality of the change of management of the Zaporozhye titanium and
The operation of the online monitoring system of Zaporizhstal emissions was checked by the profile
Dmitry Firtash will appeal against the decision to return the Zaporozhye titanium and magnesium
Recommended:
The former president of Motor Sich was accused of aiding terrorists
Sanjeev Gupta's Liberty Steel Seemed as Potential Buyer of Aartee Bright Bar Assets
Prices for metal products in Ukraine increased by 26% last year
News Analytics
The market assesses the consequences of the earthquake in Turkey08-02-2023, 10:25
Sanjeev Gupta's Liberty Steel Seemed as Potential Buyer of Aartee Bright Bar07-02-2023, 13:07
Tata Steel showed a steady increase in its revenues07-02-2023, 12:32
Eurofer expects EU steel demand to fall 4.6% in 2022 and 1.6% in 202305-02-2023, 13:31
EU Green Deal should encourage investment in mild steel projects: Eurofer02-02-2023, 16:32
European stainless steel producers ready to raise prices31-01-2023, 16:16
S&P: Russia will continue to dominate the steel export market in the Black05-01-2023, 11:22
Fitch Analysts Predict Big Drop in Global Steel Consumption This Year14-12-2022, 13:59
Analysts predict 5% annual growth in the iron casting market through 203006-12-2022, 12:44
Commodity prices will fall, metals quotes will rise slightly - Focus Economics28-11-2022, 13:28
Sign in with: