The declared needs of Ukrainian metallurgists for scrap metal throughout 2021 were fully met with an excess of 0.5%. 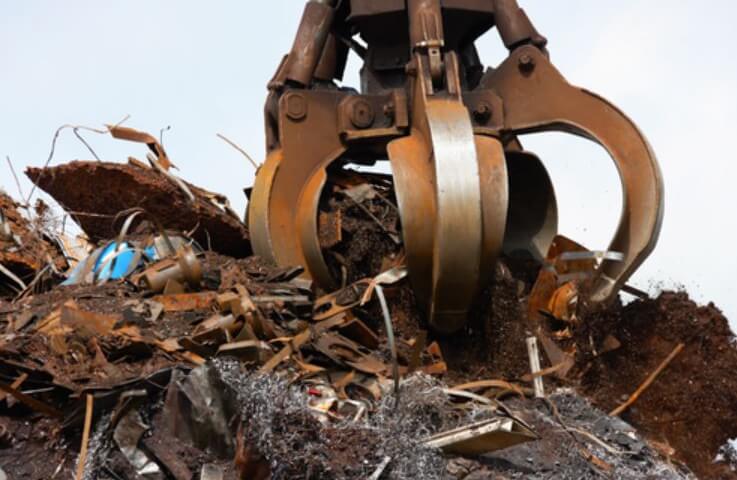 In 2021, the volumes of scrap metal procurement in Ukraine continued to increase - they increased by 34.6% (about 4.13 million tons of scrap metal were procured). This trend is due to the balance of the Ukrainian market due to acceptable purchase prices from metallurgical enterprises, as well as the high activity of exporters.

Technological stocks of scrap metal at enterprises have also increased and are estimated at no less than 180.0-185.0 thousand tons.

Exports of scrap metal in 2021 amounted to 615.7 thousand tons, which is a significant increase in supplies compared to the same period last year, when only 35.9 thousand tons were exported. According to UAVtormet, the growth in exports is due to the favorable situation in foreign markets and the corresponding price levels, as well as to the pro-cypher of scrap metal in the domestic market.

Scrap scrapers expect a further decline in scrap purchase prices on the Ukrainian domestic market to $ 300 per tonne, while export prices remain high above $ 400 per tonne.

Финансовая аналитика, прогнозы цен на сталь, железную руду, уголь и другие сырьевые товары. More news and analytics on Metallurgprom telegram channel - subscribe to get up-to-date market information and price forecasts faster than others.
Сomments
Add a comment
Сomments (0)
On this topic
Scrap collectors of Ukraine are surprised by the statements about the deficit of scrap metal at the
In Ukraine, the forecast drop in steel production by 7% in 2020
Scrap collectors of Ukraine actively protest against the extension of the duty on the export of
The Ukrainian government is preparing to ban the export of scrap metal - a bill has been prepared
The volume of procurement of scrap metal in Ukraine increased by one and a half times and exceeded
Ukrainian Association of Secondary Metals Opposes the Ban on the Export of Scrap Metal
Recommended:
Hydrogen to be 'key element' of future EU economy - EU climate chief
Metallurgical plant in Krivoy Rog continues to operate at 20% of installed capacity
Explosion at Tata Steel plant in India at coke battery
News Analytics
The largest producer of titanium raw materials in Ukraine OGCC will sell25-05-2022, 20:48
Glencore accused of bribery in London pleads guilty in the US25-05-2022, 10:44
Swiss oil and gas equipment manufacturer Sulzer leaves Russia24-05-2022, 13:08
BIR: European Commission's decision on scrap metal will be the most tragic24-05-2022, 11:41
Rejection of Russian palladium destroys markets24-05-2022, 11:41
US steel market sentiment becomes more price neutral05-05-2022, 10:15
The global high-strength steel market will grow steadily by 5% annually for the04-05-2022, 08:45
China steel inventories hit 13-month high amid COVID-19 outbreak30-04-2022, 16:38
Slowdown in global auto sector affects steel prices27-04-2022, 12:36
World alumina production reaches a record 138 million tons21-04-2022, 09:54
Sign in with: