UAVtormet stands for making a balanced decision aimed at ensuring state interests, the functioning and development of the metallurgical and scrap collection industries. 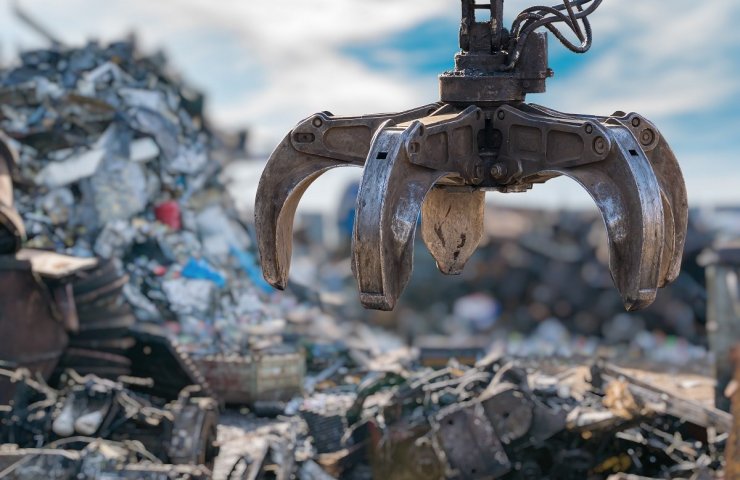 The Ukrainian Association of Secondary Metals (UAVtormet) is concerned about the situation regarding the possible introduction of the next prohibitive measures on the market - a temporary ban on the export of scrap metal.

“Such measures can cause irreparable harm to our industry, lead to an imbalance in the market and significant financial losses for all market participants. In the struggle for the volume of scrap metal and ignoring the market principles of pricing, Ukrainian metallurgical enterprises resorted to the usual mechanism for solving their production problems - manipulations and information about the scarcity of scrap metal, its limited reserves, environmental friendliness with an increase in the use of steel in the production process, etc. the statement of the scrap metal workers.

According to the association, scrap stocks in Ukraine at the maximum levels of steel production will be enough for 150 years of work, and statements about the shortage of scrap do not stand up to criticism.

“Market prices, which were formed, among other things, under the influence of the global market environment, made it possible to significantly increase the volume of procurement of scrap metal (by 42.2% to 1.9 million tons), increasing supplies to metallurgical enterprises (by 26.3% to 1, 65 million tons), fully meeting their needs (by 104.7%) and allowing the accumulation of significant technological reserves of raw materials (up to 120-125 thousand tons). Part of the scrap metal - about 10% of the total billet volume - was exported, "the association notes.

They called the statements of metallurgists about the need to use scrap metal in the production of "green" steel "manipulations".

“The use of scrap metal as the main charge material for steel production leads to an increase in the environmental friendliness of metallurgy. But the transition to the full use of scrap metal is possible only with a full transition to the electric steel-making process of steel production, which is not even planned in the near future, ”says UAVtormet.

The association noted that it is the healthy competition for free volumes, even within the framework of the balance distribution of scrap metal, that makes the market healthier and more attractive - fair pricing is formed, the quality of the material becomes a competitive advantage, it makes sense to sign long-term contracts with fixed volumes of supplies with domestic consumers and the like. At the same time, fair scrap prices will increase revenues for state-owned companies generating scrap metal, including JSC Ukrzaliznytsia, OP Ukroboronprom and others.

UAVtormet proposes to urgently create a working group on the basis of the relevant ministry to consider this issue with the involvement of representatives of enterprises, industry associations and the expert community.

Recommended:
ArcelorMittal Kryvyi Rih for the first time dispatched a record batch of metal products from Nikolaev by sea
The Ukrainian government will allocate money for the restoration of 7 aircraft and 12 helicopters
VostGOK in the first half of 2021 reduced the production of uranium concentrate by 45%
On this topic
Ukrainian metallurgists demand from the authorities to introduce a ban on the export of scrap metal
Scrap collectors of Ukraine are surprised by the statements about the deficit of scrap metal at the
Scrap metal procurement in Ukraine tripled in the first quarter of 2021
Scrap collectors of Ukraine actively protest against the extension of the duty on the export of
European Union scrap collectors worried about possible export restrictions
In Ukraine, the forecast drop in steel production by 7% in 2020
Partner news
Сomments
Add a comment
Сomments (0)
News Analytics
Ukroboronprom confirmed the intentions of Antonov State Enterprise to start25-07-2021, 11:15
Gazprom reacted to the refusal of Naftogaz of Ukraine to buy Russian gas with25-07-2021, 11:00
Iron ore has become a strategically important raw material for defense -24-07-2021, 11:06
Vietnam overtook Ukraine in the world ranking of steel-producing states24-07-2021, 11:38
Port "Yuzhny" has set a record for the speed of loading pig iron on a ship24-07-2021, 10:10
On the regional markets of metallurgical products, prices are balancing in a22-07-2021, 16:22
Demand for armaments will ensure a stable growth of armored steel sales by 4%20-07-2021, 10:10
Protectionist Measures Support European Steel Prices Despite Summer Lull19-07-2021, 11:02
Positive price growth is observed in the markets for metallurgical products16-07-2021, 14:12
European steel market is in confusion: price growth has slowed down, but no one21-06-2021, 17:40