At the end of 2021, Ukraine began its chairmanship of the Energy Community. The Ministry of Energy regards this presidency as a serious opportunity to promote Ukraine's initiatives concerning, in particular, energy security. 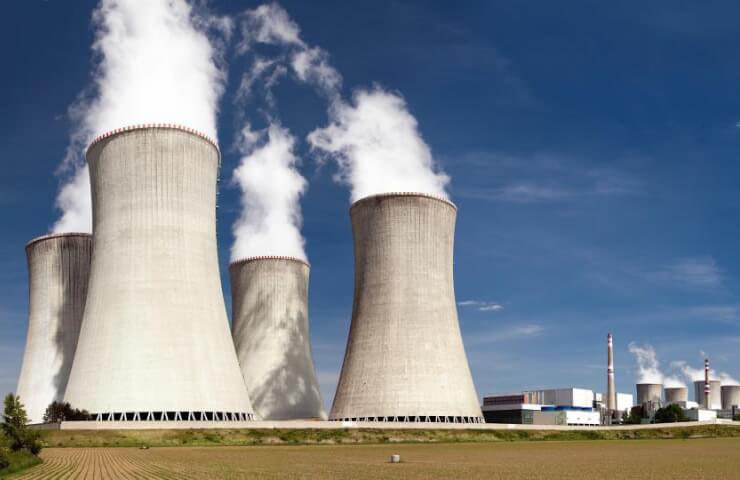 As the Minister of Energy of Ukraine Herman Galushchenko said during an online briefing on the specifics of the current heating season, 2022 will be the year of nuclear generation development.

“2022 will be the year of nuclear generation development. The foundations for this were laid in the past year 2021. This year has been fruitful for promising agreements on the development of nuclear energy. In particular, agreements were signed with Westinghouse on the construction of 5 new power units, a memorandum with NuScale to study the possibilities of building small modular nuclear reactors, "the Minister of Energy emphasized.

In addition, in 2021, Ukraine was the only continental European country to be invited to the Net Zero World initiative, which offers partners in-depth cooperation in nuclear energy, and became an equal member of this initiative. Also last year, Ukraine joined the NATO Energy Security Center of Excellence.

The Minister of Energy stressed that in December last year, the nuclear power plants of Ukraine showed their real ability - they worked at a historical maximum. During the coldest days, the nuclear power industry produced more than 300 million kWh per day. For the first time, the Zaporizhzhya NPP - the largest in Europe - started working with all 6 units and reached its maximum capacity - a record 6,190 MW.

The coal industry of Ukraine in the new 2022, according to the minister, should receive the implementation of pilot projects for the transformation of coal regions.

“Two projects for a fair transformation in Chervonograd and Mirnograd have been prepared to start in 2022. With the assistance of the EBRD, the governments of Great Britain and Germany, work is underway on the preparation of the following projects, "Galushchenko said.

In 2022, Energoatom is to be corporatized, which will open up new opportunities for the company to attract investments and develop technical and technological capabilities, and bring it to the world level, the minister added.

Recall that at the beginning of this year in the European Commission announced the preparation of a document that will give the nuclear power and gas industry the status of" green "energy sources.

Финансовая аналитика, прогнозы цен на сталь, железную руду, уголь и другие сырьевые товары. More news and analytics on Metallurgprom telegram channel - subscribe to get up-to-date market information and price forecasts faster than others.
Сomments
Add a comment
Сomments (0)
On this topic
The share of "green" energy in Ukrainian generation already exceeds the share of thermal
Minamaneho Ukraine will reduce the use of nuclear generation in the electricity balance
VostGOK presented a program for the development of the nuclear industry to the Public Council under
Ukraine has to decide on the cancellation of coal generation – the Minister of Oriel
Ukraine will be transferred to biogas and biofuel
The largest energy company in Ukraine asks the state to intervene in the situation with coal
Recommended:
Dneprospetsstal restarted stainless steel production in Zaporozhye
China has sharply increased the export of excavators by reducing supplies to the domestic market
Metallurgical plant "Zaporizhstal" has mastered the production of a new type of cold-rolled steel
News Analytics
Swiss oil and gas equipment manufacturer Sulzer leaves Russia24-05-2022, 13:08
BIR: European Commission's decision on scrap metal will be the most tragic24-05-2022, 11:41
Rejection of Russian palladium destroys markets24-05-2022, 11:41
Volvo starts mass production of electric trucks made from decarbonized steel24-05-2022, 10:09
European steel prices are directly dependent on Russian gas prices - MetalMiner24-05-2022, 10:52
US steel market sentiment becomes more price neutral05-05-2022, 10:15
The global high-strength steel market will grow steadily by 5% annually for the04-05-2022, 08:45
China steel inventories hit 13-month high amid COVID-19 outbreak30-04-2022, 16:38
Slowdown in global auto sector affects steel prices27-04-2022, 12:36
World alumina production reaches a record 138 million tons21-04-2022, 09:54
Sign in with: