ArcelorMittal Kryvyi Rih announced the blocking of all company accounts from January 4, 2022. The corresponding decision was made by the Shevchenko Court of Kiev at the request of the Office of the Prosecutor General, the press service of the enterprise reported. 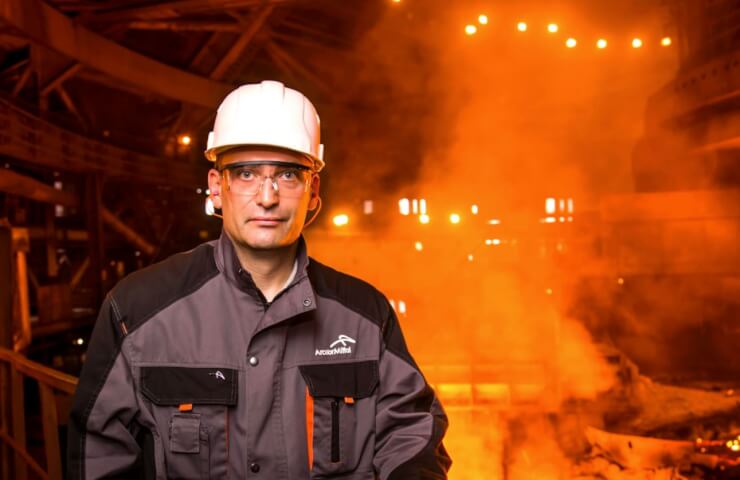 By words Deputy General Director for Administrative Affairs of ArcelorMittal Kryvyi Rih Artem Filipyev, in Ukraine the rule of law, as a principle, has been completely destroyed.

“The rule of law, as a principle, seems to be completely destroyed in Ukraine. After the District Court ruled in favor of ArcelorMittal, and while the administrative lawsuit by the tax authorities is pending, the Attorney General's Office took aggressive action against the company, contrary to the letter and spirit of the law. This is unacceptable and unheard of in any reasonable jurisdiction around the world. Since the start of the new year, our company has received yet another eloquent confirmation that the state is hostile to foreign investors. It is outrageous that law enforcement agencies are ready to paralyze the work of the largest mining and metallurgical enterprise in the country and endanger more than 20,000 people who will not receive their salaries on time. These accusations and seizure of accounts are groundless, and we will defend the legitimate interests of our business, ”said a top manager of ArcelorMittal Kryvyi Rih.

The controversy concerns the approach to calculating the rent. On November 4, 2021, the District Administrative Court upheld the position of ArcelorMittal Kryvyi Rih and dismissed the administrative claim against the company violated by the State Tax Service. An appeal has been filed with the tax authorities, and the company is preparing to defend its position in the administrative court of appeal.

As reported, the SBU and the Office of the Prosecutor General notified of the suspicion of the financial director - chief accountant of ArcelorMittal Kryvyi Rih of official forgery and deliberate tax evasion (part 1 of article 366 and part 3 of article 212 of the Criminal Code of Ukraine). Law enforcement officers suspect him of tax evasion in the amount of 2.2 billion hryvnia from December 2014 to March 2019. The tax authorities believe that the final product (beneficiated ore, or concentrate-pellets) should be taxed, mining companies defend the position that the rent should be paid only for the ore mined.