Novokramatorsky Mashzavod called the policy of the leadership of Ukraine irresponsible 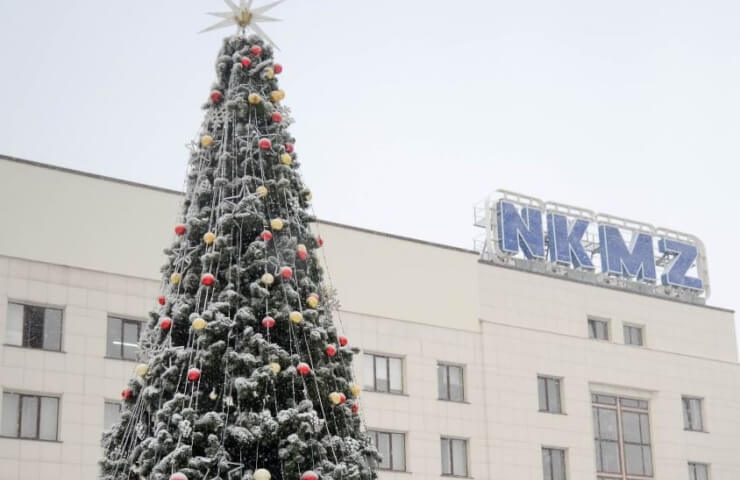 The irresponsible policy pursued by the leadership of Ukraine, self-elimination from the problems of industry - an industry that forms up to 30% of the state's GDP, has led to an increase in energy prices, in particular, gas, the price of which for industrial enterprises has increased by 6 ( six times. This was reported in the press service of Novokramatorsky Mashinostroitelny Zavod (NKMZ) on Friday, January 14.

The plant said that the current situation with energy prices significantly complicates the work of both the enterprise itself and its social facilities.

“Costs have automatically increased many times over. If in November 2021 the price of heat was UAH 1,865.89 per 1 Gcal, then in December this figure increased to UAH 2,844.20 per Gcal. And from January 1, 2022, the price for 1 Gcal has risen to UAH 4,980.67. As a result, we have to pay additionally about 1 million hryvnia per month for heating our social facilities. Of these, UAH 600,000 for the House of Culture and Creativity of NKMZ,” the press service of NKMZ reported.

Nevertheless, Europe's largest individual heavy engineering company does not consider the current situation catastrophic. So far, this is only a crisis, from which NKMZ intends to emerge as an even stronger and more competitive enterprise.

“The crisis has shown us a number of areas for improvement that need to be made. To some extent, they can be painful, to some extent, they will require additional costs. What can be done, we are already doing! And as a result, NKMZ will be able to further strengthen its competitive position,” the press service of the plant concluded.

Финансовая аналитика, прогнозы цен на сталь, железную руду, уголь и другие сырьевые товары. More news and analytics on Metallurgprom telegram channel - subscribe to get up-to-date market information and price forecasts faster than others.
Сomments
Add a comment
Сomments (0)
On this topic
Yuzhmash told whether it is possible to launch reusable rockets from the Black Sea
World steel production in November increased by 6.6%
Novokramatorsk Machine Building Plant produces two 15-ton shafts for General Electric
How the reform of the electricity market in Ukraine can lead to a collapse and what to do about it
Stopped nuclear power plants and mines. What's going on in the energy sector of Ukraine?
World steel production in November decreased by the percentage
Recommended:
The former president of Motor Sich was accused of aiding terrorists
Tata Steel showed a steady increase in its revenues
JSW Steel, ArcelorMittal and NLMK may buy two Liberty Steel plants in Belgium
News Analytics
The market assesses the consequences of the earthquake in Turkey08-02-2023, 10:25
Sanjeev Gupta's Liberty Steel Seemed as Potential Buyer of Aartee Bright Bar07-02-2023, 13:07
Tata Steel showed a steady increase in its revenues07-02-2023, 12:32
Eurofer expects EU steel demand to fall 4.6% in 2022 and 1.6% in 202305-02-2023, 13:31
EU Green Deal should encourage investment in mild steel projects: Eurofer02-02-2023, 16:32
European stainless steel producers ready to raise prices31-01-2023, 16:16
S&P: Russia will continue to dominate the steel export market in the Black05-01-2023, 11:22
Fitch Analysts Predict Big Drop in Global Steel Consumption This Year14-12-2022, 13:59
Analysts predict 5% annual growth in the iron casting market through 203006-12-2022, 12:44
Commodity prices will fall, metals quotes will rise slightly - Focus Economics28-11-2022, 13:28
Sign in with: