The fall in metallurgical production at the plant in Zaporozhye in August reached 64% compared to August 2021. 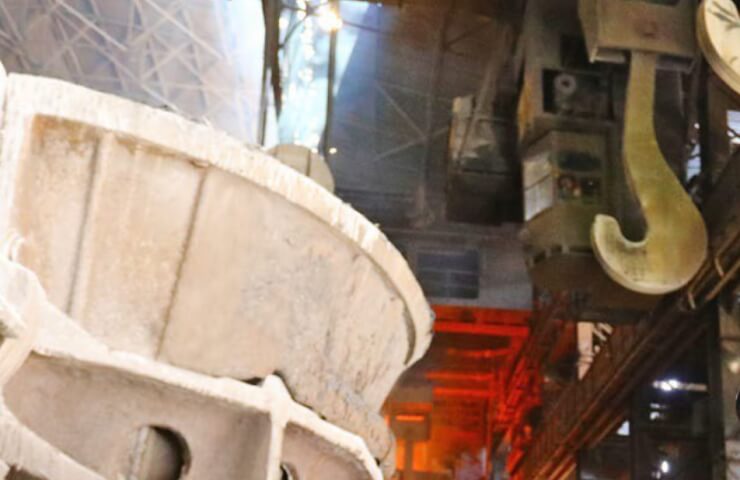 Zaporizhstal Iron and Steel Works in January-August 2022 reduced the production of rolled products by 56.3% compared to the same period last year - to 981.6 thousand tons.

According to information published by the press service of the enterprise on Friday, steel production over this period decreased by 58.3% - to 1 million 106.1 thousand tons, pig iron - by 51.7%, to 1 million 418.2 thousand . tons.

“The decline in production compared to the same period last year is due to a shortage of raw materials and logistical problems caused by full-scale military operations on the territory of Ukraine,” the press release explains.

At the same time, it is recalled that in connection with the aggravation of hostilities in the region since the beginning of March, the Metinvest group of Rinat Akhmetov and Vadim Novinsky transferred part of the equipment of the metallurgical plant in Zaporozhye to hot conservation mode.

Since April 2022, the plant has been operating at an average of 50% of its capacity.

Финансовая аналитика, прогнозы цен на сталь, железную руду, уголь и другие сырьевые товары. More news and analytics on Metallurgprom telegram channel - subscribe to get up-to-date market information and price forecasts faster than others.
Сomments
Add a comment
Сomments (0)
On this topic
PJSC "Zaporizhstal" steel works reduced steel production in 2019 2.5%
Zaporizhstal in January increased the production of iron and steel compared with December
Zaporizhstal donated 370 tons of medical oxygen to hospitals in April
"Zaporizhstal" was visited by a member of the Board of JSC "Ukrzaliznytsya"
The works for 2019 shipped on the Dnieper river about one million tons of metal
Zaporizhstal reduced production of finished rolled metal by 3%
Recommended:
The European Union has sharply increased purchases of Russian titanium
ArcelorMittal invests $25 million in nuclear technology development
Metinvest intends to receive compensation from Russia for the destroyed plants in Mariupol
News Analytics
Metinvest enterprises in Ukraine resumed work after massive shelling of29-11-2022, 11:59
The European Council added the violation of restrictive measures (sanctions) to28-11-2022, 14:22
The abolition of export duty in India may reduce the price of Turkish steel28-11-2022, 14:07
Australia and the UK aim to catch up and overtake China in the battery metal26-11-2022, 22:37
The United States imposed a ban on the import and sale of equipment from26-11-2022, 22:31
Commodity prices will fall, metals quotes will rise slightly - Focus Economics28-11-2022, 13:28
Platinum market to face shortage next year - WPIC22-11-2022, 18:25
Global steel demand falls and will fall by 2.3% in 2022: WorldSteel19-10-2022, 23:12
Iron ore prices fall to 11-month low15-10-2022, 10:36
China production cuts in winter will give limited boost to steel markets -15-09-2022, 10:09
Sign in with: