The downgrade is a sign of how much uncertainty going forward is affecting Ukraine's economic outlook, the bank adds. 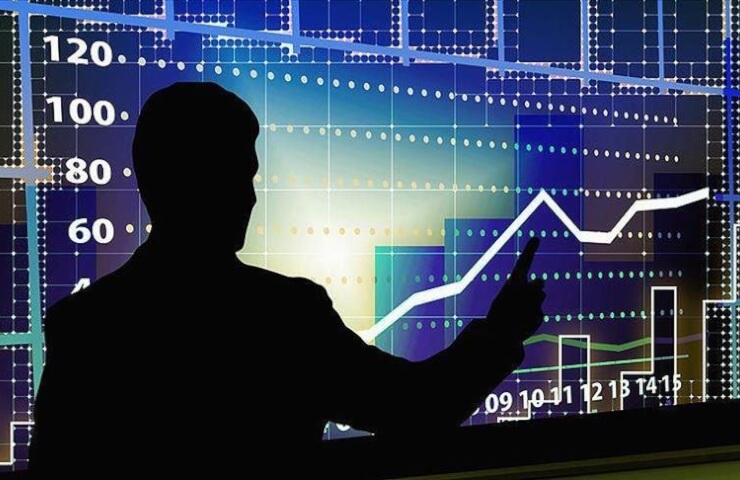 The European Bank for Reconstruction and Development (EBRD) still expects Ukraine's economy to shrink by 30% in 2022, but for 2023 it has downgraded its growth forecast from 25% to 8%, according to the bank's report "Prospects regional economy" on Wednesday.

"For 2023, the EBRD has lowered its economic recovery forecast to 8% from the higher 25% that was assumed in May, when it was expected that significant recovery work would already be underway," the document says.

The downgrade is a sign of how much uncertainty going forward is affecting Ukraine's economic outlook, the bank adds.

He notes that although the fighting has become more concentrated in recent months, covering an area that generates only about 20% of GDP, the destruction of human capital, infrastructure and productive capacity has been significant.

In particular, approximately 15% of the pre-war population had left the country as of mid-August, and another 15% were internally displaced. Economic activity has been severely disrupted even in regions where there has been no fighting due to supply bottlenecks, logistical problems, financial difficulties and labor shortages.

"The blockade of ports across Russia, preventing the export of agricultural products, and the destruction of many metallurgical enterprises in the east of the country, destroyed two of the country's main exports, which brought almost half of all pre-war export earnings," adds the EBRD.

He recalls that GDP fell 15.1% year-on-year in the first quarter of 2022 and 37.2% in the second quarter, when the most persistent and wide-ranging fighting took place. Inflation rose to 23.8% in August 2022 due to supply disruptions and a sharp increase in the budget deficit.

Furthermore, the country's initial high dependence on cash financing of the budget deficit against the background of a significant external financing gap led to a depletion of foreign exchange reserves by 20% as of July 2022, despite the presence of capital controls. This prompted the central bank to raise the discount rate from 10% to 25% in June and conduct a one-time devaluation of the national currency by 20% in July.

At the same time, the situation began to improve, partly due to an increase in external financing inflows in August and September. As a result, by the end of August, gold and foreign exchange reserves won back half of the losses.

In addition, the recent resumption of grain exports from some ports and the expectation of sufficient external financing could be a positive factor for economic activity in the following months of 2022.

"However, the risks to forecasts are exceptionally high depending on the duration and intensity of the war," the bank notes.

As reported, the government expects GDP to fall by 33.2% this year and grow by 4.6% next year.

According to the results of the current year, the National Bank predicts a decline in GDP by 33.4% and its growth by 5.5% in 2023.

Финансовая аналитика, прогнозы цен на сталь, железную руду, уголь и другие сырьевые товары. More news and analytics on Metallurgprom telegram channel - subscribe to get up-to-date market information and price forecasts faster than others.
Сomments
Add a comment
Сomments (0)
On this topic
Uz with EBRD assistance will repair the TRANS-European transport corridor
EBRD and GEF to Provide Approximately $ 60 Million to Support Bioenergy Development in Ukraine
State Energy Efficiency and EBRD discussed prospects for cooperation in the development of the
"Metinvest " will redeem all 2021 Eurobonds for $ 115.3 million and 2023 Eurobonds for $
The IMF has transferred to Ukraine $ 2.1 billion
Ukrposhta carried out the largest purchase of cars in the Ukrainian market
Recommended:
JSPL steel mill manager stoned to death
EU extends anti-dumping duties on cold rolled steel from China and Russia
The abolition of export duty in India may reduce the price of Turkish steel
News Analytics
Metinvest enterprises in Ukraine resumed work after massive shelling of29-11-2022, 11:59
The European Council added the violation of restrictive measures (sanctions) to28-11-2022, 14:22
The abolition of export duty in India may reduce the price of Turkish steel28-11-2022, 14:07
Australia and the UK aim to catch up and overtake China in the battery metal26-11-2022, 22:37
The United States imposed a ban on the import and sale of equipment from26-11-2022, 22:31
Commodity prices will fall, metals quotes will rise slightly - Focus Economics28-11-2022, 13:28
Platinum market to face shortage next year - WPIC22-11-2022, 18:25
Global steel demand falls and will fall by 2.3% in 2022: WorldSteel19-10-2022, 23:12
Iron ore prices fall to 11-month low15-10-2022, 10:36
China production cuts in winter will give limited boost to steel markets -15-09-2022, 10:09
Sign in with: