Chairman of the Administrative Council of JSC Moldovagaz Vadim Ceban said this at a meeting with President of Moldova Igor Dodon. 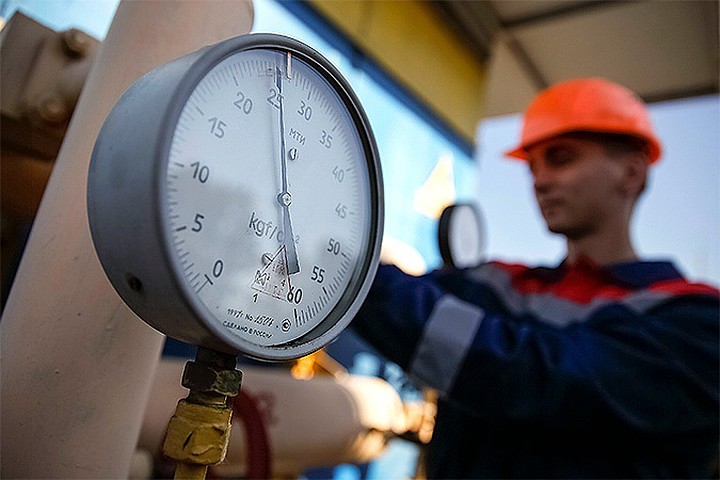 Chairman of the Administrative Council of JSC Moldovagaz Vadim Ceban informed Moldovan President Igor Dodon of the existence of an agreement in principle at the level of Gazprom and Moldovagaz on the extension of the contract for the supply of natural gas from January 2020, and in the near future the parties will announce the signing document. Igor Dodon announced this on his Facebook page.

He expressed the hope that Gazprom will provide Moldovgaz with a discount and said that Moldova is ready to receive gas from “other points” in the event that transit through Ukraine stops.

"Although there is a hope for ensuring the transit of Russian gas through the territory of Ukraine, the signing of a contract with Gazprom will also provide for the possibility of obtaining natural gas at any delivery point, including on the border with other states, while operators of gas data systems countries will ensure the transportation of natural gas to the border with the Republic of Moldova in accordance with the existing rules, ”wrote I. Dodon.

Earlier today it was reported that Gazprom is ready to extend the current contract for gas transit through the territory of Ukraine “in the new market conditions updated to date.”

Naftogaz of Ukraine commented on Gazprom's statement that a condition for signing a new agreement on gas transit through Ukraine to Europe should be, among other things, the refusal to win in the Stockholm arbitration.

“It's good that on November 1 we will send Gazprom our claims for more than $ 11 billion, which may become compensation for the interruption of transit,” said Yuri Vitrenko, executive director of the Naftogaz group.

Moldova receives gas from Gazprom under the 2008 contract. According to this document, the cost of gas is tied to oil prices on world markets. In 2018, shipments were 8.4% higher than in 2017.

Previously at South Stream Transport B.V. reported that on October 18, on the first of two lines of the offshore section of "Turetskoye so far " natural gas was launched bypassing Ukraine.

Финансовая аналитика, прогнозы цен на сталь, железную руду, уголь и другие сырьевые товары. More news and analytics on Metallurgprom telegram channel - subscribe to get up-to-date market information and price forecasts faster than others.
Сomments
Add a comment
Сomments (0)
On this topic
A new lawsuit for "Gazprom": what does "Naftogaz" in the Stockholm arbitration?
The transit of Russian gas through Ukraine will continue on terms acceptable to all parties –
Who will freeze first, if Ukraine will stop the transit of Russian gas?
Gazprom reacted to the refusal of Naftogaz of Ukraine to buy Russian gas with the words "no
Ukrainian hydrogen for Europe: an image of the future or a soap bubble?
The head of Naftogaz warned of possible discrediting of the Ukrainian gas transportation system for
Recommended:
Zaporizhstal: production results in June 2022
An Australian company has signed a contract with the US Department of Defense for the production of rare earth elements
South Korea declares scrap metal a strategically important raw material
News Analytics
The United States refused to impose duties on Russian metals and increase02-07-2022, 09:05
Daimler Truck began testing Actros tractor on liquid hydrogen02-07-2022, 08:54
Volvo invests $1.25 billion to build electric vehicle plant in Slovakia01-07-2022, 18:17
Swedish court authorizes construction of steel mill for the first time in 5001-07-2022, 11:09
AvtoVAZ plans to produce at least 400,000 vehicles in 202301-07-2022, 11:29
High iron ore shortage could halt metallurgy's green transition28-06-2022, 14:02
Price volatility hits global steel market27-06-2022, 19:28
Recovery in China could be key to rising global steel prices - MEPS24-06-2022, 14:00
Conflict in Ukraine spurs Europe's drive for clean energy03-06-2022, 12:14
US steel market sentiment becomes more price neutral05-05-2022, 10:15
Sign in with: