At the end of the meeting, the parties noted the importance of holding the next Tenth meeting of the Ukrainian-American Council on Trade and Investment in the near future. 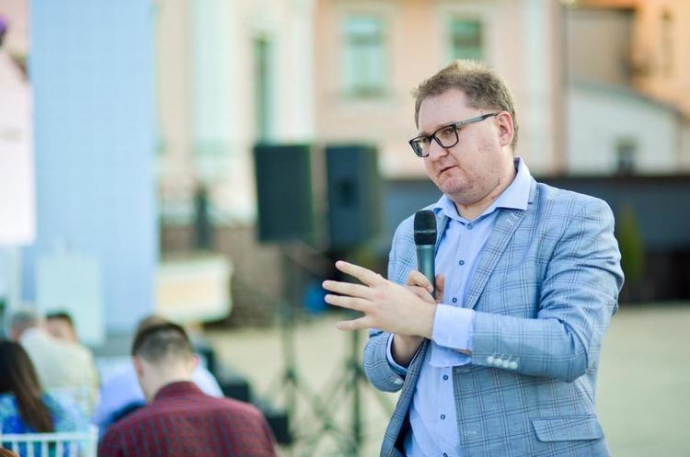 On April 20, an online meeting was held between the Deputy Minister of Economic Development, Trade and Agriculture of Ukraine - Trade Representative of Ukraine Taras Kachka with the Deputy Assistant Secretary of Commerce for Europe and Eurasia David De Falco.

During the meeting, the parties discussed a wide range of issues of Ukrainian-American relations in the trade and economic sphere, including: the possibility of liberalizing import duty rates on steel and aluminum for Ukrainian producers on the American market, strengthening the protection of intellectual property rights in Ukraine in the use of licensed software, legislative initiatives to implement localization requirements in the field of public procurement, preparation of a draft bilateral Agreement on trade preferences, etc.

In this context, Taras Kachka stressed the openness of the Ukrainian side to dialogue on all aspects of the problems of bilateral trade relations. The prospects for cooperation in the field of renewable energy and agriculture were also considered.

At the end of the meeting, the parties noted the importance of holding the next Tenth meeting of the Ukrainian-American Council on Trade and Investment in the near future.

In addition, the Minister of Infrastructure of Ukraine Vladislav Krykliy held an online meeting with the American trade representative. The parties discussed the prospects for cooperation in various infrastructure areas, in particular in the field of rail, sea and river transport, as well as in aviation.

During the meeting, Vladislav Krykliy and David de Falco discussed possible cooperation in the implementation of a project to develop high-speed railway traffic in Ukraine, as well as to develop IT systems on the railway. In the field of aviation, the parties agreed on a possible expansion of the geography of flights between Ukraine and the United States after the pandemic.

Финансовая аналитика, прогнозы цен на сталь, железную руду, уголь и другие сырьевые товары. More news and analytics on Metallurgprom telegram channel - subscribe to get up-to-date market information and price forecasts faster than others.
Сomments
Add a comment
Сomments (0)
On this topic
CB "South" was visited by a delegation from China
The European Union has opposed the adoption of Ukraine's law on localization of production
On October 7, trade unions will lead people to an all-Ukrainian protest action
Turkish business intends to invest in Ukrainian renewable energy and pharmaceuticals
Ukrainian industrial associations have announced the threat of a secret agreement with Turkey
The European Commission said about lost billions of euros due to infringement
Recommended:
Metinvest enterprises in Ukraine resumed work after massive shelling of infrastructure
Russia will allocate more than $700 million for the production of domestic aircraft engines
EU new car market continues to recover in double digits
News Analytics
China's iron ore output to rise in 2023 as new projects are launched30-11-2022, 18:10
"Centravis" agreed to supply a new batch of seamless pipes to a30-11-2022, 16:51
Metinvest enterprises in Ukraine resumed work after massive shelling of29-11-2022, 11:59
The European Council added the violation of restrictive measures (sanctions) to28-11-2022, 14:22
The abolition of export duty in India may reduce the price of Turkish steel28-11-2022, 14:07
Commodity prices will fall, metals quotes will rise slightly - Focus Economics28-11-2022, 13:28
Platinum market to face shortage next year - WPIC22-11-2022, 18:25
Global steel demand falls and will fall by 2.3% in 2022: WorldSteel19-10-2022, 23:12
Iron ore prices fall to 11-month low15-10-2022, 10:36
China production cuts in winter will give limited boost to steel markets -15-09-2022, 10:09
Sign in with: