ship-building holding Smart Maritime Group (SMG) signed a contract for the construction of another saturated hull of chemical tanker for the company VEKA Shipbuilding B. V. WT 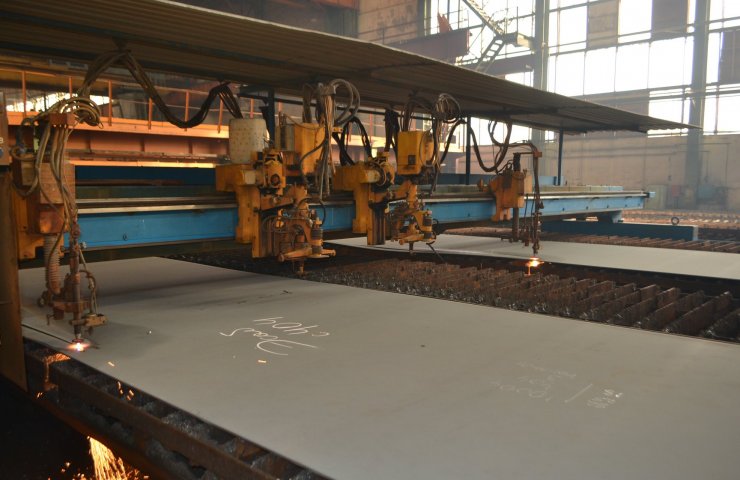 "Since the end of January we will start Assembly and welding of bulk bottom, side and deck sections with the subsequent installation in the hull. In the construction of a tanker, we plan to use about 1,200 tons of high-quality shipbuilding steel".

According to the contract, at the Kherson shipyard will be made of the hull, the installation of ship piping systems and deck satiety made body paint.

the value of the contract will amount to more than 2.5 million euros. The construction period of the body - 10 months.

This order continues the line of vessels built for the company VEKA shipyards on the SMG. The tanker, the order number 10001, was built at the Kherson shipyard named AIMEE in honor of the Princess of orange-Nassau Aimee Sohngen (Aimée Söhngen). At the Nikolayev shipyard at the same time, the construction of a second tanker (order No. 10002), later named EMMA. Both ships were launched in March 2019, the year.

Bookmark the fourth tanker is scheduled for first decade of March, 2020, the year. The implementation period of the order of 10 months.

As previously reported, General Director of Smart Maritime Group (SMG, Kherson), which unites shipbuilding assets of Smart-Holding, was appointed Dmitry Krasnikov, who assumed duties as Director of the company on 8 January 2020.

Smart Maritime group is the largest shipbuilding holding in Ukraine, which unites shipbuilding assets of Smart-Holding: Nikolaev, and the Kherson shipyard. The production capacity of the SMG allows you to build medium-duty complete vessels and perform ship-repair work. Customers of shipyards are companies from the Netherlands, Norway, the UK and other countries.

VEKA Shipbuilding B. V. is part of the VEKA group shipbuilding Group with headquarters in Werkendam (the Netherlands). The company specializiruetsya on the construction and maintenance of vessels in inland navigation.

Финансовая аналитика, прогнозы цен на сталь, железную руду, уголь и другие сырьевые товары. More news and analytics on Metallurgprom telegram channel - subscribe to get up-to-date market information and price forecasts faster than others.
Сomments
Add a comment
Сomments (0)
On this topic
Smart Maritime Group, has launched the third tanker for Dutch VEKA Shipbuilding
Smart Maritime Group launched 4 tanker for the Dutch VEKA Group
What is the difference between shipyard Poland, China and Ukraine in the opinion of the Dutch
At the Kherson shipyard will build one more tanker
The cargo terminal at the Kherson shipyard had the opportunity to serve vessels with a draft up to
At the Kherson shipyard modernized crane vessel ATLAS1
Recommended:
Norwegian startup to build €4bn green steel plant
British scientists have found a way to cut CO2 emissions from steel production by 90%
China's crude steel production in 2022 falls for the second year in a row
News Analytics
War in Ukraine to accelerate world economy transition to clean energy - BP30-01-2023, 11:49
ArcelorMittal invests $120m in US green steel company30-01-2023, 11:11
The United States refused to comply with the decision of the WTO on tariffs on29-01-2023, 20:08
China remains the world leader in shipbuilding with a 50% share of new shipyard29-01-2023, 12:35
Prices for metal products in Ukraine increased by 26% last year29-01-2023, 12:06
S&P: Russia will continue to dominate the steel export market in the Black05-01-2023, 11:22
Fitch Analysts Predict Big Drop in Global Steel Consumption This Year14-12-2022, 13:59
Analysts predict 5% annual growth in the iron casting market through 203006-12-2022, 12:44
Commodity prices will fall, metals quotes will rise slightly - Focus Economics28-11-2022, 13:28
Platinum market to face shortage next year - WPIC22-11-2022, 18:25
Sign in with: