New trolleybuses with an Autonomous course tested in Kremenchug

In vvremya test new trolley avtokorporatsii "Bogdan motors" walked 18 miles without the use of contact network. 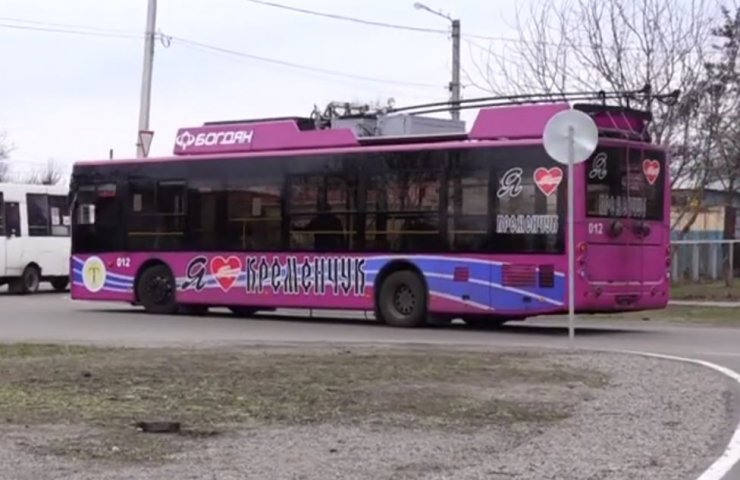 Loaded to the appropriate weight ballast, trolleybuses "Bogdan Т70117" passed more than 18 km of the route without overhead supply. During testing the trolley at speeds up to 50 km/h overcome the site "Wheel plant" - "Petrovka". For residents of this neighborhood the emergence of the "garnet" trolley is a surprise, and salvation. After all, reliable public transport as an alternative to the old "bus" - a solution to traffic problems for this area of the city.

Trolleys production company "Bogdan motors" for Kremenchug acquired in the framework of the project "Urban public transport in Ukraine", financed with funds of the European Bank for reconstruction and development and European investment Bank.

Recommended:
Ukraine is preparing to strengthen criminal liability for illegal collection of scrap metal
The National Association of the Extractive Industry of Ukraine thanked the deputies
The Ministry of Energy will accelerate the payment of 100 million hryvnia to pay off wage arrears in SE "VostGOK"
On this topic
AK "Bogdan motors" offered Milovanova to support domestic automakers
Ukrzaliznytsia on Friday will launch a new diesel train on the route Kyiv Boryspil Express
Corporation "Bogdan" put Poltava 40 new 12-meter trolleybuses
Next week Khmelnitsky will receive the next batch of trolleybuses from Bogdan
Corporation "Bogdan" set the Kharkiv 24 new trolley
"Bogdan motors" has put APU in a new batch of trucks, "Bogdan-63172" (Video)
Add a comment
Сomments (0)
News Analytics
Demand for scrap metal in Ukraine exceeds supply by 5%19-06-2021, 11:45
Ukraine resumed sea purchases of gasoline due to restrictions on supplies from19-06-2021, 11:38
Installation of the first mine hoisting machine of Uralmashzavod began in Altai19-06-2021, 11:46
European designers have learned to inflate steel structures that could be a18-06-2021, 17:42
In Ukraine, police were accused of involvement in the theft of coal from trains18-06-2021, 17:51
Vaccinations fuel demand for platinum - World Platinum Investment Council08-06-2021, 12:55
Sharp price growth continues in the rolled metal market - Ukrpromvneshexpertiza08-06-2021, 11:04
Analysts note overheating of the global scrap metal market01-06-2021, 13:28
Hydrogen-fueled steelmaking could be competitive after 2050 - McKinsey19-05-2021, 14:22
Steel raw material prices are skyrocketing across the board18-05-2021, 12:34
Sign in with: