On December 23 of this year, the Economic Court of the Dnipropetrovsk region opened proceedings in the bankruptcy case of JSC AK Bogdan Motors. 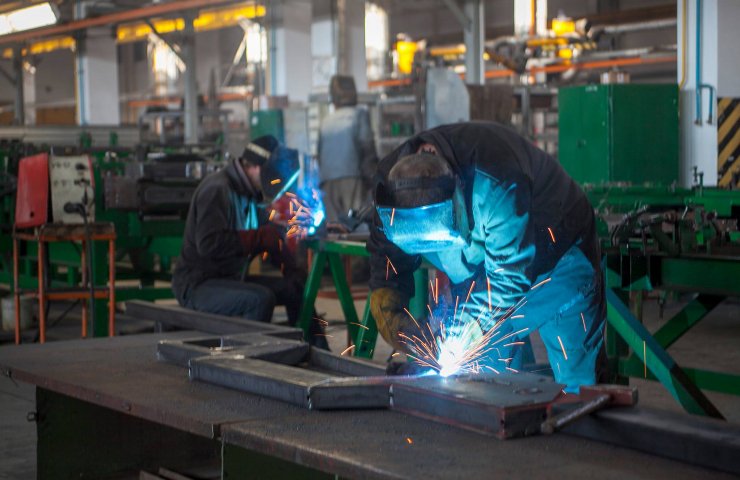 The conditions in which the machine-building industry of Ukraine survives today are the most unfavorable over the past two decades, and the past year has become a record year in terms of a combination of unfavorable factors for vehicle manufacturers, ”Bogdan Motors said. This happened due to a combination of systemic problems in the industry, in the country's economy and due to the global crisis caused by the COVID19 pandemic.

"The machine-building industry, as expected, has become the" Cinderella "of officials and legislators, since not a single bill to support and develop domestic production has been adopted," Bogdan Motors noted.

Ukrainian automakers have not received access to cheap finance, which could significantly increase the production capacity of enterprises and increase working resources. Getting loans to ensure the fulfillment of government orders is still a problem.

“Instead, the state is doing everything so that the loans already received are questioned. For more than a year, the Economic Court of the city of Kiev has been considering a case on appeal against the novation agreement concluded between JSC Ukreximbank and JSC AK Bogdan Motors. The prosecutor's office is delaying the consideration of this case, since they lack at least some kind of argumentation, but the negative noise in the air remains, "the corporation said.

Government purchases have also been significantly reduced and have no development dynamics. This year, the Bogdan Motors company actually closed a plant in Cherkassy, ​​which produced automotive equipment for the Ministry of Defense of Ukraine. Now the workshops of this enterprise are empty, and highly qualified workers have been laid off.

As a result, the company's revenues dropped significantly. This is clearly seen from the volumes of taxes and other contributions paid by Bogdan Motors to the budgets of all levels. For example, in 2019, the total amount of taxes and fees paid amounted to more than 384 million hryvnia, and for 11 months of this year this figure barely exceeded 120 million hryvnia.

Lenders also refuse to meet borrowers halfway during a pandemic. At the end of the fiscal year, one of Bogdan Motors' creditors filed an application to open bankruptcy proceedings. On December 23 of this year, the Economic Court of the Dnipropetrovsk region opened proceedings on the bankruptcy case of JSC AK Bogdan Motors.

"The announced January lockdown in Ukraine has every chance to finally bury the Ukrainian economy, since apart from loud statements that only increase panic and expectations, no systemic steps are taken to support the manufacturing sector of the economy," Bogdan Motors summed up.

Recommended:
The Ministry of Environmental Protection of Ukraine has published a draft Subsoil Code
Higher Yields on US Bond Leads to Sharp Drop in Cryptocurrency Price
ArcelorMittal has raised prices for galvanizing for the European market to 900 euros per ton
On this topic
Oleg Gladkovsky's Bogdan Motors company demands to protect the Ukrainian manufacturer
The Bogdan Motors team appealed to the People's Deputies of Ukraine
AK "Bogdan motors" is ready to increase the localization of production of trolleybuses in Ukraine
"Bogdan motors" promises to deliver Ivano-Frankivsk in may, 10 buses А70132
Automobile plant "Bogdan motors" has successfully passed the audit of quality management system
"Bogdan motors" has put APU in a new batch of trucks, "Bogdan-63172" (Video)
Add a comment
Сomments (0)
News Analytics
Ukrzaliznytsia announced a tender for the purchase of 100 new passenger cars in02-03-2021, 10:14
In honor of March 8, women of Energomashspetsstal will receive sweet gifts and02-03-2021, 10:39
Shanghai enters into force new rules to promote the use of cars on new energy02-03-2021, 10:07
Britain denies loan guarantees for metallurgical holding GFG Alliance01-03-2021, 22:52
Spread between raw materials and high strength alloy steel in Europe increased01-03-2021, 20:21
Spread between raw materials and high strength alloy steel in Europe increased01-03-2021, 20:21
Increase in prices is forecasted in the markets of steel raw materials -26-02-2021, 09:25
Troy ounce of gold will drop $ 500 in two years - Fitch25-02-2021, 18:29
Global iron ore production growth to outstrip cumulative production in India23-02-2021, 10:22
Fitch Ratings Warns of “Shocking Impact” on Fossil Fuel Exporters18-02-2021, 14:44
Sign in with: