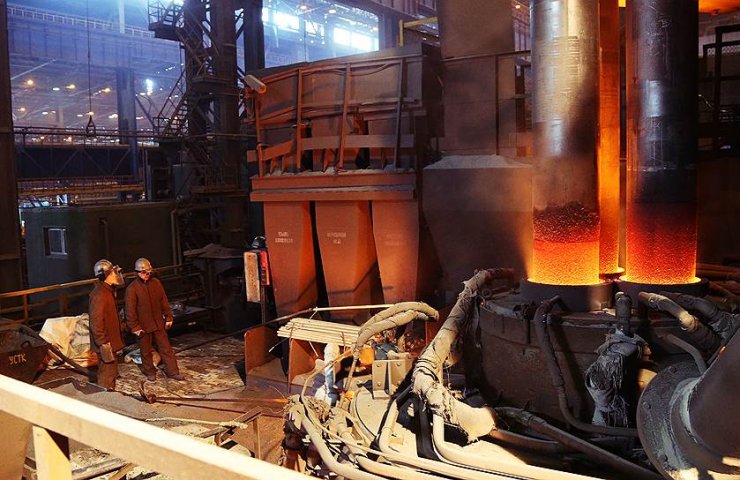 Dnieper metallurgical plant of the DCH group Aleksandr Yaroslavskyy gave the first whistle after the completion of repairs in the main shops of the enterprise. Steelmakers are preparing to launch a domain and rolling operations.

As previously reported, the investment program the DCH for the development of MMC-DCH division Steel (DMZ and mine "Sukha Balka" in Krivoy Rog) involves investment in the amount of $ 300 million over the next 5 years.

For the implementation of investment projects specialists DMZ has carried out the necessary repair work and began commissioning of the plant. After the start of CHP enterprises was one of the symbols of the Dnieper – factory whistle. Now the plant gradually start the main production stages – blast furnace, BOF, rolling mills.

"Despite the challenging economic situation in the MMC and in the whole country, the Dnieper metallurgical plant commenced start-up production. We have a lot of work and ambitious plans, but in the DMZ are real professionals, so I'm sure we can do anything", – said Vitaly Bash, CEO of DCH Steel and DMZ.

Финансовая аналитика, прогнозы цен на сталь, железную руду, уголь и другие сырьевые товары. More news and analytics on Metallurgprom telegram channel - subscribe to get up-to-date market information and price forecasts faster than others.
Сomments
Add a comment
Сomments (0)
On this topic
Yuzhmash told whether it is possible to launch reusable rockets from the Black Sea
Vodafone, DTEK and Ericsson announce the start of the Smart Factory project based on 5G
The Dnieper metallurgical plant launched blast furnace No. 2
"Metinvest " with affiliated companies became the owner of 100% of "Zaporozhogneupor
Oleksandr Yaroslavsky, intends to invest in Ukrainian roads $ 300 million
The Eurasian Commission has announced the final amount of duties on Ukrainian zinc
Recommended:
The state will not support the export of metals from Russia - Ministry of Industry and Trade of the Russian Federation
Russia will allocate more than $700 million for the production of domestic aircraft engines
Ukraine and the United States announced cooperation in the field of small modular nuclear reactors
News Analytics
China's iron ore output to rise in 2023 as new projects are launched30-11-2022, 18:10
"Centravis" agreed to supply a new batch of seamless pipes to a30-11-2022, 16:51
Metinvest enterprises in Ukraine resumed work after massive shelling of29-11-2022, 11:59
The European Council added the violation of restrictive measures (sanctions) to28-11-2022, 14:22
The abolition of export duty in India may reduce the price of Turkish steel28-11-2022, 14:07
Commodity prices will fall, metals quotes will rise slightly - Focus Economics28-11-2022, 13:28
Platinum market to face shortage next year - WPIC22-11-2022, 18:25
Global steel demand falls and will fall by 2.3% in 2022: WorldSteel19-10-2022, 23:12
Iron ore prices fall to 11-month low15-10-2022, 10:36
China production cuts in winter will give limited boost to steel markets -15-09-2022, 10:09
Sign in with: