PJSC "ArcelorMittal Kryvyi Rih", the largest mining-metallurgical enterprises of Ukraine, reported on the results of production in the first half of 2020. 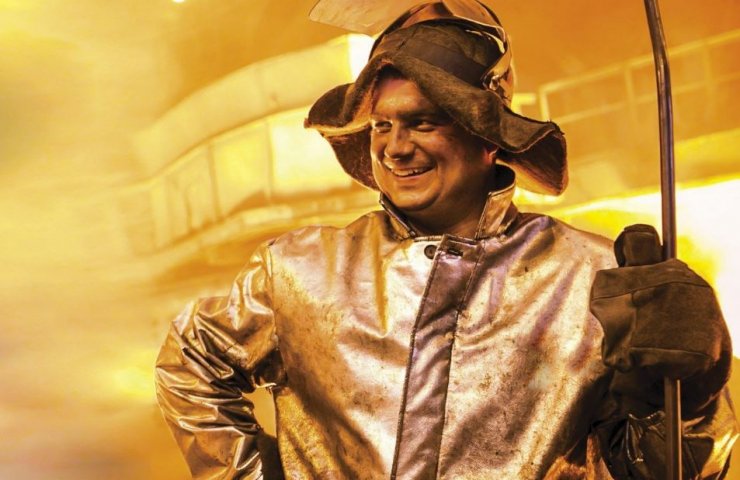 Working at PJSC "ArcelorMittal Kryvyi Rih" in the first half of 2020 was considerably complicated by the quarantine restrictions, but according to General Director Mauro Longobardo the company still managed to maintain production at an acceptable level.

"In General, the production of major products was at the level of 90-95% of the targets. Early in the second quarter, the level of production dropped to 80%, but later we were able to reach 90% and above", - said Mr. Longobardo.

this year in connection with the introduction of quarantine in the country the company had to change the layout of the planned repairs and stages of the modernization program. At the same time, PJSC "ArcelorMittal Kryvyi Rih" intends to gradually implement the strategy of sustainable development of the enterprise for the next five years.

"All initiatives for the implementation of environmental projects will also be completed – this is the priority task," stressed Mr. Longobardo.

Previously coalsalesthat in the next 3-4 years, PJSC "ArcelorMittal Kryvyi Rih" is going to allocate $ 700 million to implement large investment projects, each of which has an environmental component and allows you to phase out obsolete technologies.

Recommended:
Dneprospetsstal is developing new methods for monitoring greenhouse gas emissions
Tesla sets up data center in China to store information locally
The final version of the Regulation on the Center for Certification of Special Steels and Alloys was approved
On this topic
ArcelorMittal Kryvyi Rih invests $ 700 million in environmental related projects
ArcelorMittal announces the overpricing of electricity in Ukraine is at least twice
Mauro Longobardo: "ArcelorMittal Krivoy Rog" is committed to keep falling production volumes
AMKR plans to ship to China with 300 thousand tons of iron ore concentrate per month
"ArcelorMittal Kryvyi Rih" announced financial and operational results for the year 2019
At ArcelorMittal Kryvyi Rih with the new year will be the new CEO
Add a comment
Сomments (0)
News Analytics
Metinvest's Italian contractors reveal details of the investment project in16-06-2021, 23:01
Energoatom approved Electrotyazhmash as a supplier of turbine generators for16-06-2021, 14:57
Representatives of Ukraine and Germany discussed the prospects for cooperation16-06-2021, 10:49
Vestas and DTEK RES signed an agreement for the supply of wind turbines for the16-06-2021, 10:45
SSAB agrees with Volvo to supply and refine HYBRIT decarbonized steel16-06-2021, 10:40
Vaccinations fuel demand for platinum - World Platinum Investment Council08-06-2021, 12:55
Sharp price growth continues in the rolled metal market - Ukrpromvneshexpertiza08-06-2021, 11:04
Analysts note overheating of the global scrap metal market01-06-2021, 13:28
Hydrogen-fueled steelmaking could be competitive after 2050 - McKinsey19-05-2021, 14:22
Steel raw material prices are skyrocketing across the board18-05-2021, 12:34
Sign in with: