Moody 's: steel consumption in India will decrease by 10%

Indian steelmakers will have to sell more aggressively in export markets as domestic demand will be weak. 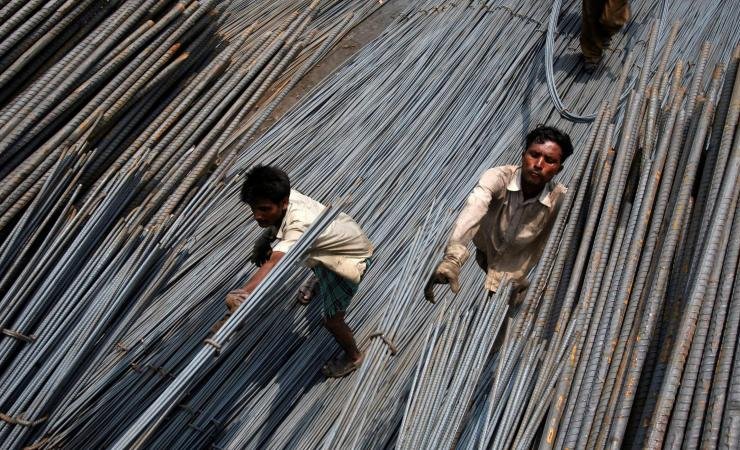 Steel consumption in India is expected to decline by at least 10% in the 12 months to March 2021 due to the adverse economic impact of the coronavirus pandemic, according to a report by Moody's Investors Service. At the same time, the addition of new capacities will fade into the background, since weak steel consumption will impede the creation of free cash flow this year.

“India will remain the world's second largest steel producer after China after overtaking Japan in 2018. But new production facilities will be relegated to the background due to weak steel consumption, which will negatively affect the generation of free cash flow this year, "- said in the message.

The agency also noted that the consolidation in the Indian steel sector, which began in 2018, will continue in 2020.

Moody 's Investors Service predicts a negative outlook for the entire steel industry in the Asia-Pacific region. India's economic growth (negative Baa3) will remain substantially lower than in the past, and real GDP will contract by 3 percent in 2020. This decline is largely due to a sharp drop in demand from automakers and a slowdown in construction, infrastructure and shipbuilding.

“We assume that economic activity will start to grow gradually from July. However, given the likelihood of a second or third wave of viral infections or deeper economic costs than is currently taken into account, the risk of deterioration of these forecasts is significant, ”the agency said.

“Metallurgists will target markets such as Southeast Asia, the Middle East, parts of Southern Europe and China for export. However, export sales will be lower than domestic sales, with the latter benefiting from import price parity and anti-dumping duties, ”the report said.

Recommended:
Metinvest cuts blast furnaces at the Azovstal metallurgical plant for scrap
State Energy Efficiency told that it can save the gas transportation system of Ukraine
Ukrainian metallurgical plants increased production of rolled metal by 8%
On this topic
S&P affirms "Metinvest" level "In", with a stable Outlook
Moody's has raised a sovereign rating of Ukraine to B3 with a stable Outlook
The profitability of Indian metallurgists will be reduced by 5 percent
Steel consumption growth in India slows down
Indian government predicts production of 128.6 million tons in 2021
China's steel sector can only rely on the real estate sector
Add a comment
Сomments (0)
News Analytics
Metinvest's Italian contractors reveal details of the investment project in16-06-2021, 23:01
Energoatom approved Electrotyazhmash as a supplier of turbine generators for16-06-2021, 14:57
Representatives of Ukraine and Germany discussed the prospects for cooperation16-06-2021, 10:49
Vestas and DTEK RES signed an agreement for the supply of wind turbines for the16-06-2021, 10:45
SSAB agrees with Volvo to supply and refine HYBRIT decarbonized steel16-06-2021, 10:40
Vaccinations fuel demand for platinum - World Platinum Investment Council08-06-2021, 12:55
Sharp price growth continues in the rolled metal market - Ukrpromvneshexpertiza08-06-2021, 11:04
Analysts note overheating of the global scrap metal market01-06-2021, 13:28
Hydrogen-fueled steelmaking could be competitive after 2050 - McKinsey19-05-2021, 14:22
Steel raw material prices are skyrocketing across the board18-05-2021, 12:34
Sign in with: