The grounds were the facts of discriminatory and unfriendly actions on the part of Belarus towards Ukrainian producers. 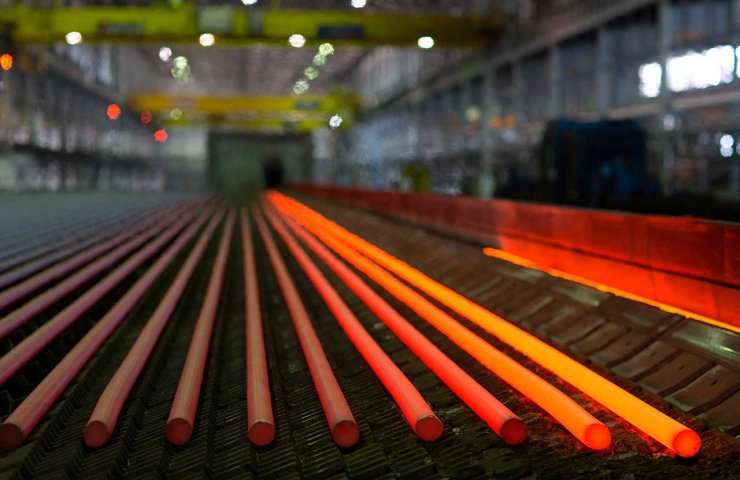 The Interdepartmental Commission on International Trade (ICMT) of Ukraine established the facts of discriminatory and unfriendly actions on the part of Belarus against Ukrainian producers of steel bars and applied adequate measures, deciding to introduce a special duty on the import of these products from Belarus in the amount of 16.08% of the customs cost.

"The special duty is applied (...) until the fact of the termination of discriminatory and unfriendly actions against Ukraine by the Republic of Belarus, " the Commission said on Wednesday in the newspaper "Uryadovy courier ".

According to it, the decision of the ICMT on the introduction of the duty comes into force 7 days after this publication.

The MCMT, which is approved by the CMU on the proposal of the Minister of the Ministry of Economic Development and Trade, includes officials from the executive authorities. That is, the personal composition of the MCMT is exclusively representatives of state authorities, which, as practice shows, can often be predisposed to political influence.

In addition, frequent personnel changes in the structure of executive authorities lead to frequent renewal of the composition of the ICMT (three times over the past year), as a result of which new members of the ICMT on voting do not always have time to understand the essence of the issue and the specifics of trade investigations. p>

Such problems in the work of the ICMT significantly affect the quality of decision-making and, as a result, lead to a decrease in the effectiveness of protecting national interests and deterioration of trade relations between Ukraine and other states.

The main producer of steel bars in Belarus is the Belarusian Metallurgical Plant (BMZ).

According to the results of work for 9 months of 2020, OJSC “BMZ, the managing company of the holding“ BMK ”, exported more than 200 thousand tons of wire rod to the countries of the European Union, which is 122 percent over the same period of the previous year. These products account for more than a quarter of the total factory shipments to the EU market.

This year BMZ exported wire rod to 13 countries of the European Union. Its supplies increased significantly to Poland, Romania, Italy and the Netherlands, which became the largest importer of these products in the EU for the plant. In 2020, wire rod was also sold to Bulgaria, Spain and Slovenia, where there were no similar shipments last year.

The consumers of wire rod produced by BMZ are European companies engaged in the production of fasteners, shock absorber springs for the automotive industry, fastenings for the railroad and furniture springs. In January-September 2020, BMZ produced more than 650 thousand tons of wire rod. The volume of its export sales slightly exceeds the level of the same period of the previous year. In just 9 months of 2020, BMZ exported nearly $ 120 million worth of wire rod to 23 countries.

Recommended:
International financial institution refused to invest in green projects in Ukraine
Interpipe lost 20% of revenue due to the Russian embargo on Ukrainian railroad products
The EU supervisor will decide by July 9 to sell the assets of Liberty Steel France to ArcelorMittal
On this topic
Krukovka Carriage Works disclosed the findings of the company's repeated internal audit
Russian Railways supported the decision to renew duties on steel from Ukraine
Ukraine imposed a 50 percent duty on Russian steel cables and ropes
Ukraine has begun special protective investigation concerning import of caustic soda
ArcelorMittal Kryvyi Rih does not understand why not put duties on steel from Belarus
The Eurasian economic Commission imposed anti-dumping duty on Ukrainian zinc
Add a comment
Сomments (0)
News Analytics
Belarusian diaspora forced the Swedes to refuse to cooperate with the20-06-2021, 11:07
Ukraine increased export of titanium ores and concentrate by 4.93%20-06-2021, 11:23
China has increased the capacity of wind farms by a third, and solar - by a20-06-2021, 11:26
Demand for scrap metal in Ukraine exceeds supply by 5%19-06-2021, 11:45
Ukraine resumed sea purchases of gasoline due to restrictions on supplies from19-06-2021, 11:38
Vaccinations fuel demand for platinum - World Platinum Investment Council08-06-2021, 12:55
Sharp price growth continues in the rolled metal market - Ukrpromvneshexpertiza08-06-2021, 11:04
Analysts note overheating of the global scrap metal market01-06-2021, 13:28
Hydrogen-fueled steelmaking could be competitive after 2050 - McKinsey19-05-2021, 14:22
Steel raw material prices are skyrocketing across the board18-05-2021, 12:34
Sign in with: