In August, consumers of steel cord and bead bronze wire, along with contract volumes, placed at BMZ additional orders for these products in the amount of almost 1000 tons. 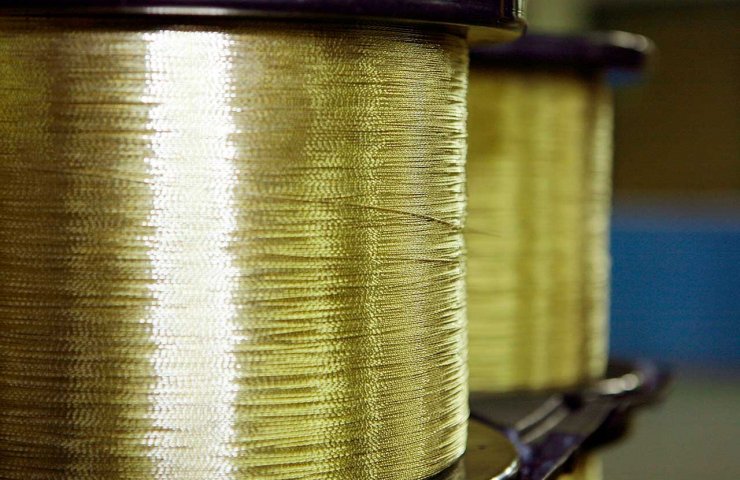 OJSC “BMZ, the management company of the“ BMK ”holding, plans to produce and ship about 30 thousand tons of products of steel wire workshops - steel cord and wire for various purposes by the results of August. This is almost a third more than it was in May, when the global steel market saw a sharp decline in demand due to the coronavirus crisis.

The production of steel wire workshops at BMZ, in particular the production of steel cord and bead bronze wire, most of all felt the consequences of the impact of the coronavirus crisis on the world economy. Due to the suspension of the work of large European tire companies during the pandemic, consumption of these products has dropped sharply. However, at present at BMZ there is a stable increase in the workload of hardware shops. So, if in the last spring month the production of metal cord was characterized by uncharacteristically low indicators for the plant, then in June-July it increased by 117%, and by the end of August, compared to May, an increase of 150 percent is expected. Such dynamics, which can be traced along the side bronze wire, will allow the plant to approach the same period of 2019 by the end of the current month.

It should be noted that in August of this year, consumers of steel cord and bead bronze wire, along with contract volumes, placed additional orders for these products in the amount of almost 1000 tons at BMZ. These are tire factories located in Serbia, Germany, Russia, Romania, Hungary and the Czech Republic. Currently, the plant's staff is working to fulfill its obligations to consumers.

According to the results of 7 months of 2020, BMZ exported almost 1.2 million tons of metal products to 50 countries of the world. The leaders of its consumption are Russia, Germany, Israel, Lithuania and Poland.

Previously it was reported that BMZ temporarily stopped production because of workers' protests against the re-election of President of Belarus Alexander Lukashenko.

Recommended:
ArcelorMittal Kryvyi Rih signed a Memorandum of Cooperation with Kryvyi Rih National University
The largest investment project in the metallurgical industry since the 2008 crisis starts in Russia
The transformation of coal regions will have a significant impact on the entire economy of Ukraine - DTEK
On this topic
Belarusian steel plant resumes work after the strike of those who disagree with Lukashenko's
How the reform of the electricity market in Ukraine can lead to a collapse and what to do about it
Global steel production in may 2020 fell by almost 9%
Steel production growth at Metinvest plants in the first quarter amounted to 30%
Steel consumption growth in India slows down
Steel production at record levels. What's next?
Add a comment
Сomments (0)
News Analytics
Indian state steel company to sell non-core assets19-09-2020, 18:50
Largest US steel company to lose $ 100 million in Q319-09-2020, 18:50
UN experts believe that the worst-case scenario for the Ukrainian economy can19-09-2020, 18:47
KZhRK miners' strike threatens with loss of sales markets without prospects of16-09-2020, 21:51
Privatization of the alcohol industry has started in Ukraine16-09-2020, 14:56
Iron ore prices to surpass six-year high soon16-09-2020, 10:32
World Oil Demand Peak May Be Over - BP15-09-2020, 09:05
China expands car market capacity by increasing demand for steel and metals11-09-2020, 10:56
Prices continue to rise in the long and flat steel markets08-09-2020, 14:25
Difference between ferrous and non-ferrous metal28-08-2020, 13:45
Sign in with: