Consumption of finished metal products in Turkey increased by 27.7% in September 2020

In January - September 2020, Turkey confidently surpassed Germany in terms of steel production and came out on top in smelting in Europe. 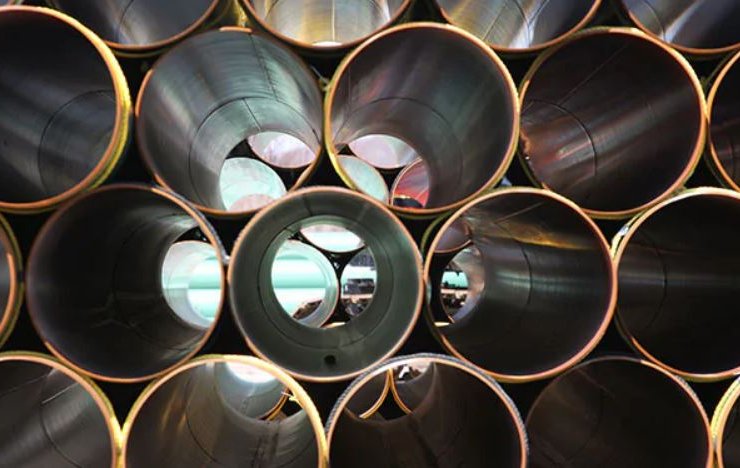 According to the operational data of the Turkish Metallurgical Association TCUD, in September 2020 the consumption of finished metal products in the country increased by 27.7% to 2.8 million tons.

Consumption of steel products, which increased by 42.7% in the first quarter and decreased by 16.9% in the second quarter, increased by 25.2% in the third quarter. In January-September 2020, consumption of finished steel reached 21.9 million tons, an increase of 14.9%.

Raw steel production in Turkey started to grow in June and continued its upward trend in September 2020. Capacity utilization in September was 78.2%, and over 9 months - 69.8%.

Turkish exports of metal products in September increased by 0.8% in volume terms to 1.9 million tons, and in value terms decreased by 3.9% to $ 1.3 billion.

In January-September 2020, the volume of imports increased by 8.9% compared to the same period last year, reaching 10 million tons. In value terms, it was sold in the amount of $ 7.2 billion with a decrease of 4.9%.

Due to declining exports and increasing imports, the export to import ratio, which stood at 161% between January and September 2019, has dropped to 144.4% in the first 9 months of this year.

Recommended:
1.4 billion hryvnia will be allocated to pay off wage arrears to miners
Ukrzaliznytsia and NABU signed a memorandum of cooperation
Interpipe announced compliance with EU emission standards to be introduced in 2050
On this topic
Steel production in September 2020
Global steel production in June 2020 decreased by 7%
Ukrainian enterprises reduced the export of ferrous scrap in half
The fall in steel prices has reduced the foreign currency proceeds to the budget of Ukraine
World steel production in September fell by 0.3%
Mechanical engineering remains the locomotive of industrial production growth in the Donetsk region
Add a comment
Сomments (0)
News Analytics
Bank of America прогнозирует рост цен на металлы, железную руду и уголь в 202125-11-2020, 21:35
В АрселорМиттал напомнили, как появились стальные решетки на окнах тюрьмы25-11-2020, 21:30
Tens of thousands of jobs in the Ukrainian metallurgy under the threat of25-11-2020, 16:46
British billionaire Sanjeev Gupta raises the stakes in race for Thyssenkrupp25-11-2020, 15:12
Ukrzaliznytsia plans to increase its share of the transportation market in its25-11-2020, 15:54
European Union scrap collectors worried about possible export restrictions18-11-2020, 10:41
Occupational diseases of workers in the extractive industry: types and ways to16-11-2020, 17:49
Eurofer expects recovery in EU steel demand05-11-2020, 09:47
Hot rolled carbon steel demand will continue to grow by 4% pa until 203004-11-2020, 16:14
Platts Steel Trade Review: China Will Decide Asia's Fate30-10-2020, 10:04
Sign in with: