Tests of the GTS for readiness to transport hydrogen and its mixtures with natural gas have already taken place at four sites in Ivano-Frankivsk, Zhytomyr, Dnepropetrovsk and Volyn regions. 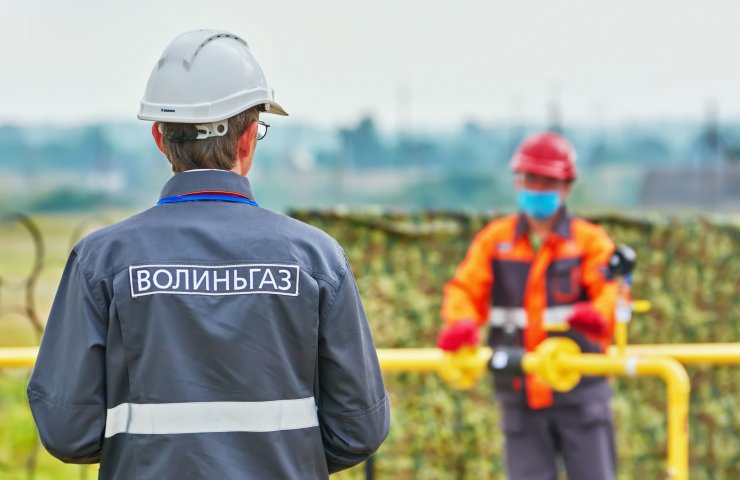 On August 20, an experiment on the use of hydrogen in the gas distribution network took place in Volyn. According to representatives of Volyngaz, the experiments were carried out within the EU Hydrogen Strategy, which was joined by the Regional Gas Company (RGK).

The purpose of the experiment is to test it is possible to use hydrogen as an alternative form of energy and transport it using the existing gas distribution networks. In addition, the experiments will help to find out the sufficiency of the tightness of the gas networks of Ukraine for the transportation of hydrogen, since the density of this chemical element is less than that of natural gas.

Preparation for testing "green" hydrogen lasted 4 months. At the test site in the town of Rozhische, Volyn region, Volyngaz specialists have equipped a research model of the gas supply system. The composition, equipment, materials and the degree of their wear and tear reproduce the existing gas distribution system.

“The Regional Gas Company has joined the European project for the implementation of new types of energy - hydrogen for transportation through gas distribution networks. This is a historic event for Volyn. Volyn is among the five regions where for the first time in Ukraine the test tests of hydrogen in gas networks of closed test sites took place. 17 employees of the Volyngaz company were trained and certified in this type of work. Hydrogen is an alternative to natural gas ”, - said the acting Sergey Galyant, Chairman of the Board of JSC Volyngaz.

During the experiment, specialists purged the landfill with an inert gas, and then filled them with hydrogen at a concentration of up to 99%.

“We control the tightness of the system with pressure sensors in key places according to the established schedule with archiving of indicators. The high concentration of hydrogen in the system allows obtaining unique information about the behavior of various materials of gas pipelines and equipment. We have enlisted the support of leading research centers to analyze the data, "said Pavel Kozyuk, Technical Director of Volyngaz JSC.

For 24 hours, specialists and scientists will observe the behavior of hydrogen in the gas system, who will record all the necessary data. The test results will help to assess the compatibility of existing gas pipelines with new types of energy.

“The countries of Europe have high hopes for hydrogen projects. After the effectiveness of this experiment, the energy supply and energy saving of the Volyn region will increase. This is an attempt to use hydrogen as an alternative source through gas transmission networks. Hydrogen is the most promising and energy resource. It has a dense natural characteristic that allows it to be dense from oil, natural gas and coal. It is not very dangerous for the environment, ”said Elena Pavlova, Doctor of Economics, Professor, Academician of the Academy of Economic Sciences of Ukraine.

RGC was the first in Ukraine to start testing new types of energy and from the beginning of 2020 has been systematically preparing landfills and specialists. Tests of hydrogen and its mixtures with natural gas have already taken place at four sites in Ivano-Frankivsk, Zhitomir, Dnepropetrovsk and Volyn regions. Next in line are the next stages of the RGC research program, which provide for static and dynamic tests of hydrogen.

Tests of hydrogen and its mixtures with natural gas have already taken place at four sites in Ivano-Frankivsk, Zhitomir, Dnepropetrovsk and Volyn regions. Next in line are the next stages of the RGC research program, which provide for static and dynamic tests of hydrogen.

Recommended:
Okean shipyard restores dry dock performance
South Korea has come up with a technology that allows you to extract hydrogen from ammonia without emissions
Japan to build largest electric arc furnace for green steel production
On this topic
Ukraine is a priority partner in the implementation of the European hydrogen strategy
DTEK joined the European initiative on transition to hydrogen fuel
The company said depreciation of the Ukrainian power grids to 70%
Who will freeze first, if Ukraine will stop the transit of Russian gas?
Russia and Ukraine held dvustoronnie gas talks in Vienna
Unbundling "Naftogaz" will bring the signing of a new agreement on the transit of Russian gas
Add a comment
Сomments (0)
News Analytics
Energomashspetsstal successfully completed the modernization of the press with23-04-2021, 10:21
Production of metal products in Donetsk region in March decreased by 5.5%23-04-2021, 10:49
The Ministry of Economy of Russia proposes to create a "Hydrogen Valley" on23-04-2021, 09:03
Ukrainian An-124 transported 216 tons of mining equipment to Africa on two22-04-2021, 19:31
Three European delegations visited the Mariupol commercial port in two days22-04-2021, 14:23
Global hydrogen demand to grow 7-fold by 2070 - PwC21-04-2021, 12:31
World Steel Association predicts a good year for metallurgists15-04-2021, 18:19
World Steel Association defines green steel and its variations12-04-2021, 13:14
China unlikely to cut steel capacity in 2021 due to high steel prices07-04-2021, 12:11
Scrap metal market at the beginning of April02-04-2021, 11:10
Sign in with: