DTEK joined the European initiative on transition to hydrogen fuel

the Holding company of Ukrainian billionaire Rinat Akhmetov will take part in the development of projects aimed at the decarbonization of energy. 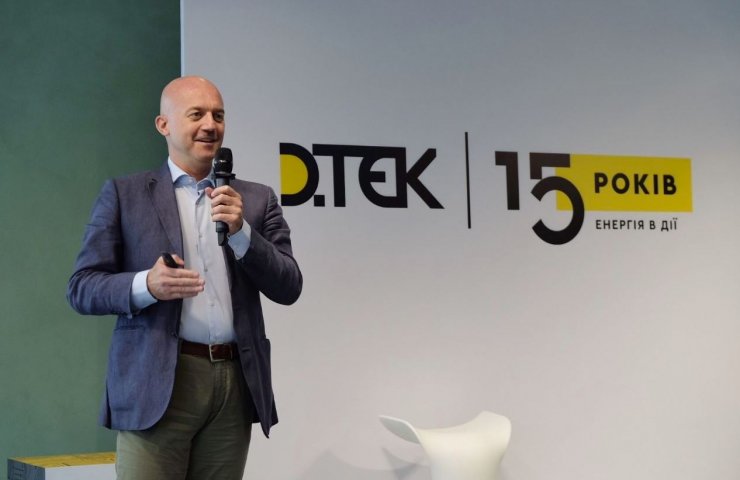 DTEK became the first company in Ukraine, which entered the Hydrogen Association of Europe, bringing together the leaders in the application of hydrogen technologies in Europe. According to the Director of innovation DTEK Emanuele Volpe, this membership will enable the company to build direct contacts with international partners interested in the development of hydrogen economy in Ukraine and around the world.

"and the European local energy system transformirovalsya. Renewable energy sources are a greater strain on the existing network, and carbon energy ceases to be sustainable environmentally and economically. The use of hydrogen opens up opportunities for the decarbonization of the key sectors of the economy, as well as to build a new economy and create more jobs," said Director of innovation Emanuele Volpe.

He stressed that the search for new technologies and innovative solutions for transforming the Ukrainian energy sector, development of competitive market and the independence of the country is one of the priorities of DTEK.

"Membership in Hydrogen Europe will broadcast the innovative interests of the company both in Ukrainian and international communities. We will be able to study key areas in the formation of a regulatory framework European countries, hydrogen will get direct access to the list of the most promising international students, who will master practical experience in the implementation of projects aimed at the decarbonization of energy", - said E. Volpe.

According to him, the importance of joining DTEK Association Hydrogen of Europe lies in the fact that this week the European Commission presented its strategy for the use of hydrogen, which it considers one of the most important sources of energy in the transition to carbon-free economy. "Ukraine must become an active partner of Europe on the path to decarbonization," said E. Volpe.

He recalled that in 2020, DTEK created a team to study the possibilities of application of hydrogen in the economy of Ukraine. At the moment we are developing an in-depth feasibility study for the cases of hydrogen application in transport, energy and industry.

Director of innovation also announced that in the next couple of years, DTEK plans to organize a pilot project using hydrogen for the further development of technology in the company and Ukraine as a whole.

Финансовая аналитика, прогнозы цен на сталь, железную руду, уголь и другие сырьевые товары. More news and analytics on Metallurgprom telegram channel - subscribe to get up-to-date market information and price forecasts faster than others.
Сomments
Add a comment
Сomments (0)
On this topic
Hydrogen technologies open up opportunities for decarbonization of the main sectors of the
Installation of the first giant battery in Ukraine is being completed at Zaporizhzhya TES
Is it possible to replace Russian gas in the Ukrainian GTS with "green" hydrogen?
Robots are watching Rinat Akhmetov's workers in Vinnytsia region of Ukraine
Yuzhmash told whether it is possible to launch reusable rockets from the Black Sea
The development of hydrogen technologies is becoming a national security issue for Ukraine
Recommended:
Sanjeev Gupta's Liberty Steel Seemed as Potential Buyer of Aartee Bright Bar Assets
Carriage building plant in Kremenchug stopped production due to debts
British Steel considers cutting up to 1,200 jobs at Scunthorpe
News Analytics
Sanjeev Gupta's Liberty Steel Seemed as Potential Buyer of Aartee Bright Bar07-02-2023, 13:07
Tata Steel showed a steady increase in its revenues07-02-2023, 12:32
Eurofer expects EU steel demand to fall 4.6% in 2022 and 1.6% in 202305-02-2023, 13:31
EU Green Deal should encourage investment in mild steel projects: Eurofer02-02-2023, 16:32
Belarusian steel plant to operate at full capacity from February02-02-2023, 16:56
European stainless steel producers ready to raise prices31-01-2023, 16:16
S&P: Russia will continue to dominate the steel export market in the Black05-01-2023, 11:22
Fitch Analysts Predict Big Drop in Global Steel Consumption This Year14-12-2022, 13:59
Analysts predict 5% annual growth in the iron casting market through 203006-12-2022, 12:44
Commodity prices will fall, metals quotes will rise slightly - Focus Economics28-11-2022, 13:28
Sign in with: