The funds of the Fund are proposed to be directed exclusively to projects that lead to the reduction of CO 2 carbon dioxide emissions. 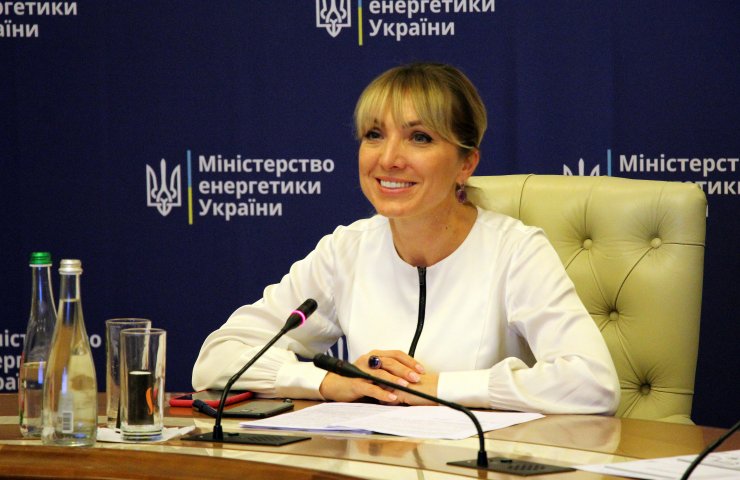 It is assumed that the Fund will be replenished with a part of the tax on carbon dioxide emissions, and the funds from it will go exclusively to projects that reduce CO 2 emissions and have energy efficient, environmentally friendly and social effects. With such a proposal to the people's deputies was made today by the acting Minister of Energy Olga Buslavets.

The initiative to introduce the Decarbonization Fund was developed by the Ministry of Energy with the support of the Ukrainian-Danish Energy Center and the State Energy Efficiency Agency of Ukraine.

“The Decarbonization Fund will be a step towards reducing the carbon footprint of Ukrainian products, which will also provide an opportunity to get rid of an additional duty - the so-called“ carbon tariff ”, which may be introduced next year. In practice, the Fund will help Ukraine to achieve a mutually beneficial partnership with the EU countries in the field of sustainable development and the implementation of the Green Deal, to the implementation of the goals of which we strive to join, ”Olga Buslavets said during an online meeting with parliamentarians.

18 leading countries in the world use the CO tax 2 exclusively for decarbonisation measures, which already has significant energy efficiency and environmental effects.

In Ukraine today, this tax also exists and is sent to the general fund of the state budget. To increase the efficiency of its use, it is proposed to make part of this tax a source for filling the Decarbonization Fund.

“The creation of the Fund is provided without the formation of a separate legal entity. Its format is "an item in the budget", by analogy with the State Fund for Regional Development, State Road Fund ", - said the acting. minister.

With this option, the administration process will not require additional costs from the state budget and will be carried out by existing state institutions. Now it is proposed that the Fund will be administered by the State Energy Efficiency Agency, which is now in the process of reforming and will receive all the necessary administrative competencies.

The funds of the Fund will be directed exclusively to projects that lead to the reduction of carbon dioxide CO 2 . Currently, seven areas are being considered that have energy efficient, environmentally friendly and social effects, these are:

According to the Ministry of Energy of Ukraine, this list is not exhaustive and may be supplemented.

Olga Buslavets called on the people's deputies to participate in the discussion. The parliamentarians who took part in the online meeting generally agreed with the idea of ​​creating a Decarbonization Fund and proposed to continue working on this initiative, taking into account the proposals of the BP Committee on Environmental Policy and Environmental Management.

Recommended:
World's Largest Steel Producer Reports Q3 Core Profit Growth
Volkswagen invests 27 billion euros in self-driving cars
The Ministry of Energy of Ukraine outlined the prospects for the development of hydrogen energy
On this topic
Ukraine will be transferred to biogas and biofuel
The Bogdan Motors team appealed to the People's Deputies of Ukraine
How the reform of the electricity market in Ukraine can lead to a collapse and what to do about it
Ukraine will continue the strategy of development of renewable energy sources in the new environment
Stopped nuclear power plants and mines. What's going on in the energy sector of Ukraine?
Denmark Ukraine will provide interest-free loans for renewable energy projects
Add a comment
Сomments (0)
News Analytics
Ukraine imposed sanctions against rolled steel from Belarus25-11-2020, 10:07
US Hot Rolled Coil Prices Gain $ 20 Over the Week25-11-2020, 10:53
Tesla Model Y received one of the lowest ratings in the consumer rating25-11-2020, 09:26
The Ministry of Energy of Ukraine will continue the course towards the25-11-2020, 09:22
Russia and Ukraine managed to do without Belarus in matters of direct coal25-11-2020, 09:09
European Union scrap collectors worried about possible export restrictions18-11-2020, 10:41
Occupational diseases of workers in the extractive industry: types and ways to16-11-2020, 17:49
Eurofer expects recovery in EU steel demand05-11-2020, 09:47
Hot rolled carbon steel demand will continue to grow by 4% pa until 203004-11-2020, 16:14
Platts Steel Trade Review: China Will Decide Asia's Fate30-10-2020, 10:04
Sign in with: