Ceramic surfacing of coke oven batteries is a unique technology that has been introduced at a number of foreign enterprises and has proven its effectiveness. 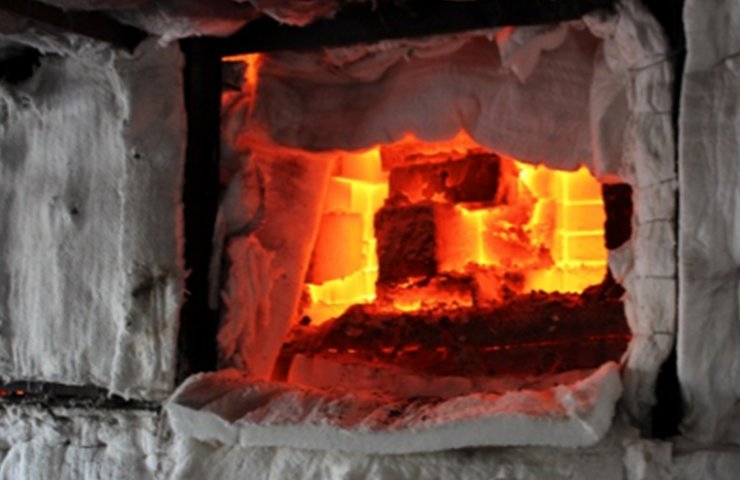 A unique technology is being introduced at the coke-chemical site of the Dnieper Metallurgical Plant (DMZ). We are talking about ceramic surfacing of walls of coke oven batteries. The technology allows for better sealing of the seams of coking chambers, which increases the efficiency of the furnaces and reduces the burden on the environment.

In 2020, 35 chambers of coke oven battery No. 5 will be treated with ceramic surfacing. Last year, they were overhauled, four extreme verticals were moved in each chamber on the machine and coke side of the battery. The best method for sealing the joint between old and new refractory masonry is ceramic cladding.

The joints of refractory bricks are first melted, and then a thermal mixture is blown into the chamber under high pressure through the loading hatches. Seams and cracks are sealed, leaks are prevented, so that raw gas from the chamber does not enter the heating system and is completely returned to heat the walls.

Dnipro Metallurgical Plant is constantly working to reduce the technogenic load on the environment. Ceramic surfacing of coke oven batteries is a unique technology that has been introduced at a number of foreign enterprises and has proven its effectiveness. The durability of the protective layer is several years, depending on the technological processes. Owing to surfacing, the efficiency of the furnaces is increased, and the sealing of the chambers excludes the infiltration of raw coke oven gas into the walls, which reduces the load on the atmospheric air, - emphasized Vitaliy Bash, General Director of DMZ.