Electric vehicles will be assembled at the production facilities of the Yuzhny Machine-Building Plant named after A.N. Makarov ", which is ready to provide equipment and prepared infrastructure. 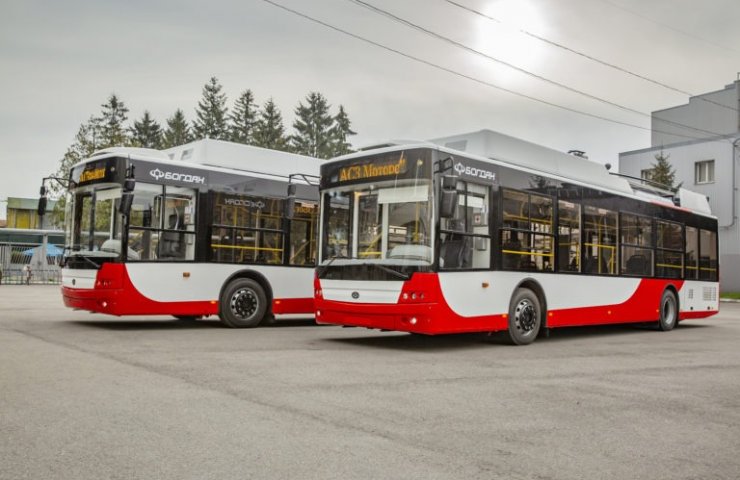 Private Joint Stock Company "AK" Bogdan Motors "Oleg Gladkovsky and State Enterprise" Production Association Yuzhny Machine-Building Plant named after A.N. Makarov "signed a memorandum of cooperation, which provides for the unification of efforts of companies for the production of passenger and freight vehicles.

Among the strategic goals of this project is to activate the development of the region's economy, load production capacities of enterprises and create new jobs.

Within the framework of this project, Bogdan Motors intends to arrange supplies to Yuzhmash of high-quality components, assemblies, components and parts, as well as to ensure the participation of specialized specialists in the production process.

In turn, "Production Association Yuzhny Machine-Building Plant named after A.N. Makarov "is ready to provide resources in the form of production facilities, equipment and prepared infrastructure.

It is known that in recent years, ambitious infrastructure projects for the revival of municipal transport have been implemented in the Dnieper. Thanks to the efforts of local authorities and decentralization, the city has significantly increased the number of public transport routes and purchased hundreds of pieces of equipment. Therefore, entering a new supplier's offer will help not only to choose the most advantageous offer, but also to create new jobs and increase tax revenues to the city budget.

The Bogdan Motors company has recently been actively increasing the production of trolleybuses and buses. Projects for the supply of trolleybuses to Lutsk, Kharkov, Poltava, Sumy and Kherson are currently under implementation. Also this year, a batch of buses was delivered to Ivano-Frankivsk, and school buses to Rivne, Ternopil and Volyn regions.

The implementation of large-scale public transport projects for Ukrainian cities became possible thanks to the cooperation of Bogdan Motors with local authorities in the framework of the Urban Public Transport in Ukraine project, financed by the European Bank for Reconstruction and Development and the European Investment Bank.

Recommended:
SE "VostGOK" promises to pay off wage arrears by the end of next week
A major overhaul of the limestone feed line has started in the DMK sinter shop
Ukraine sells property of the state geological prospecting institute as unnecessary
On this topic
Minister for Strategic Industries of Ukraine inspected YUZHMASH workshops
Yuzhmash told whether it is possible to launch reusable rockets from the Black Sea
Gladkovsky, the Corporation "Bogdan motors" is not going to capitulate
"Bogdan motors" promises to deliver Ivano-Frankivsk in may, 10 buses А70132
Automobile plant "Bogdan motors" has successfully passed the audit of quality management system
"Bogdan motors" has put APU in a new batch of trucks, "Bogdan-63172" (Video)
Add a comment
Сomments (0)
News Analytics
SE "VostGOK" promises to pay off wage arrears by the end of next week27-11-2020, 22:39
Ukraine is losing leadership in the EU rapeseed import market due to the27-11-2020, 18:50
Italian steel plant - largest in Western Europe - launches blast furnace27-11-2020, 17:00
Tesla will recall more than 10,000 cars with defective roof and steering wheel27-11-2020, 16:13
How much will steel prices in the United States "jump" upwards and what are the27-11-2020, 16:23
European Union scrap collectors worried about possible export restrictions18-11-2020, 10:41
Occupational diseases of workers in the extractive industry: types and ways to16-11-2020, 17:49
Eurofer expects recovery in EU steel demand05-11-2020, 09:47
Hot rolled carbon steel demand will continue to grow by 4% pa until 203004-11-2020, 16:14
Platts Steel Trade Review: China Will Decide Asia's Fate30-10-2020, 10:04
Sign in with: