There are simply no projects for the production of small-caliber ammunition within the Ukroboronprom enterprises. 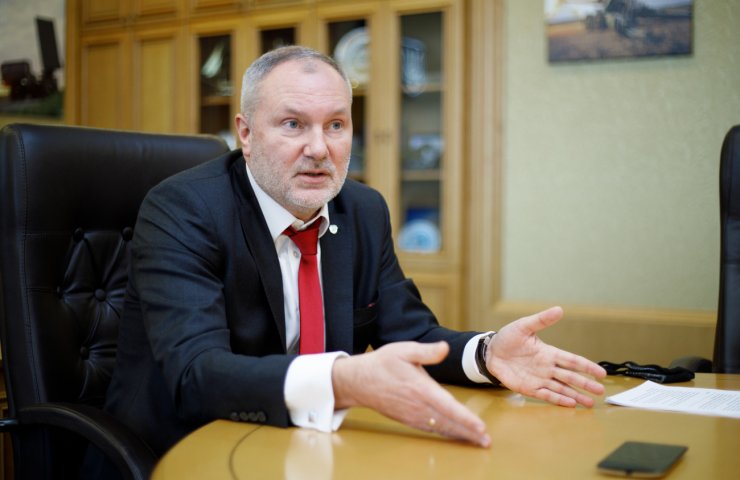 “There is no ammunition industry left in Ukraine, it essentially needs to be created from the very beginning. From small to large calibers. Now all this is being bought. Of course, warehouse leftovers are also used, but among them there are those whose service life ends, they sometimes lose their characteristics during their stay in warehouses, "- said in interview RBC-Ukraine head of the defense concern" Ukroboronprom "Igor Fomenko.

According to him, the only viable option for launching ammunition production in Ukraine was a contract with the American company GreyFox, which received an advance payment, but never delivered the production line.

“Artem plant won the court with them in the Stockholm arbitration, now the task is to implement this decision. But this is not a quick procedure, "Fomenko said.

According to him, today none of the Ukrainian factories is capable of organizing a full cycle of ammunition production in the next few years.

Let us remind you that on November 18 at Ukroboronprom stated that they are concerned about the curtailment of the reform of the military-industrial complex of Ukraine and interference in economic activities by the Ministry of Strategic Industries.

Recommended:
Chinese subway cars begin operational tests in Chicago
A fatal accident occurred on the territory of the Dnieper Metallurgical Plant
Ministry of Finance of Ukraine to triple CO2 tax and increase rental payments
On this topic
"Ukroboronprom" introduces to "Antonov" Supervisory Board
Ukroboronprom significantly increased the production of weapons and military equipment in October
Yuzhmash told whether it is possible to launch reusable rockets from the Black Sea
How the reform of the electricity market in Ukraine can lead to a collapse and what to do about it
Stopped nuclear power plants and mines. What's going on in the energy sector of Ukraine?
A new lawsuit for "Gazprom": what does "Naftogaz" in the Stockholm arbitration?
Add a comment
Сomments (0)
News Analytics
China's Non-Ferrous Metals Sector Records High First Quarter Profits08-05-2021, 15:43
Copper price rises to a record high08-05-2021, 10:17
Dneprotyazhmash manufactures technological equipment for DMK07-05-2021, 10:07
The National Bank of Ukraine will sell 46 tons of scrap metal from obsolete07-05-2021, 10:10
Dnieper Metallurgical Plant DCH Steel in April reduced steel production by 2.8%07-05-2021, 09:18
The current state of the market is ideal for the sale of rolled steel - IREPAS04-05-2021, 18:41
Global hydrogen demand to grow 7-fold by 2070 - PwC21-04-2021, 12:31
World Steel Association predicts a good year for metallurgists15-04-2021, 18:19
World Steel Association defines green steel and its variations12-04-2021, 13:14
China unlikely to cut steel capacity in 2021 due to high steel prices07-04-2021, 12:11
Sign in with: