The administration of the Kryukov Carriage Works did not allow the workers of the gas operator to enter the territory to prevent the shutdown of gas supplies. 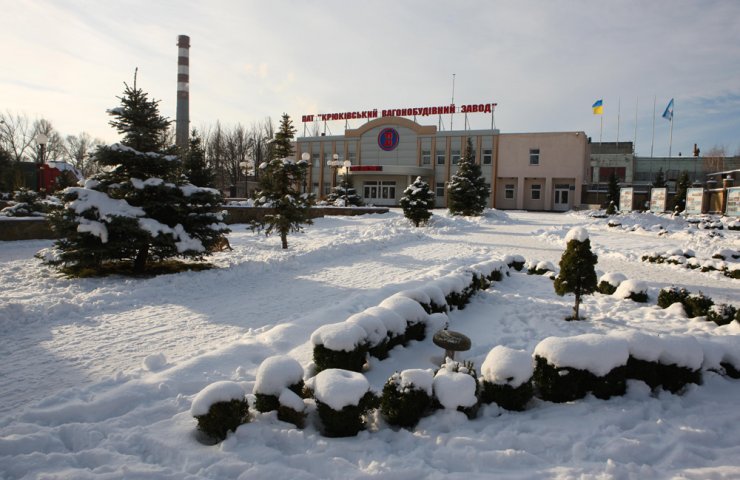 The inaction of the city authorities can lead to a man-made disaster at the local level, said the Kryukov Carriage Works (KVSZ), which began to cut off the gas supply from 11:00 on December 15, 2020 due to accumulated debts to the timing operator for the distribution of municipal gas. which is used exclusively for the production of thermal energy for the sale of KP Teploenergo.

KVSZ warns that a gas cutoff will have the following consequences: a complete shutdown of the plant, loss of jobs and livelihoods for plant workers and their families, cold houses of residents of the Rakovka microdistrict, kindergartens and schools with damaged heating systems.

The administration of KVSZ decided not to allow employees of the timing operator who intended to cut off the gas supply from entering the plant.

"The management of the Public Joint Stock Company" Kryukov Carriage Works ", realizing, in contrast to the city authorities and JSC" Kremenchuggaz ", the consequences of violating the legal right of access of employees of the timing operator to the territory of the enterprise and realizing the scale of negative consequences that could result from actions When the gas supply to the plant was cut off, employees of the timing operator made a decision not to allow the latter to enter the territory of the enterprise, ”the press service of KVSZ said.

The company states that KVSZ has no debts to the timing operator, the plant fulfills its obligations to pay for gas distribution services in full and on time, which it uses for its own needs. At the same time, according to the KVSZ, attempts to shut down the enterprise may be related to the debt of the population to the KP Teploenergo, whose debt to the operator of the hydraulic fracturing plant as of December 1, 2020 was 42.2 million hryvnia.

“The debt repayment schedule approved by the management of KP“ Teploenergo ”and the mayor is not being implemented. Despite the numerous promises of the city authorities to assist in resolving the issue of paying off the debt for the supplied heat, Kryukovsky Carriage Building again remains face to face with many problematic issues related to the supply of heat to the nearby microdistrict, ”the KVSZ concluded.

Recommended:
Ministry of Energy of Ukraine thanked the United States for sanctions against Nord Stream 2
Miners of the Raspadskaya mine have produced more than 5 million tons of coal since the beginning of 2020
Ukrainian ports handled about 160 million tons of cargo in 2020
On this topic
Krukovka Carriage Works has sent a 1,500th mineral locomotive to a Belarusian customer
Krukovka Carriage Works disclosed the findings of the company's repeated internal audit
How the reform of the electricity market in Ukraine can lead to a collapse and what to do about it
Vladimir Zelensky invited to adopt a programme of industry support of Ukraine
New diesel train of Ukrainian production drove through the gates kvsz
Top Manager kvsz called calls privacy office minifrastruktury to Hyundai "unpatriotic"
Add a comment
Сomments (0)
News Analytics
YUZHMASH expects the adoption of the new space program of Ukraine in the near22-01-2021, 15:18
Eleven miners still await rescue from exploded gold mine in China22-01-2021, 12:34
Rivne NPP shut down power unit No. 122-01-2021, 12:13
Russia will start producing "green" hydrogen22-01-2021, 10:47
High-speed railway launched in China Beijing-Harbin highway22-01-2021, 10:22
China will overtake the United States to become the world's largest economy in27-12-2020, 12:04
The shortage in the US steel market will last at least until the end of the25-12-2020, 11:36
Steel production in China to surpass one billion tons this year23-12-2020, 10:59
Iron ore prices hit seven-year high and continue to rise15-12-2020, 10:26
Prices for metallurgical raw materials continue to rise in regional markets10-12-2020, 11:32
Sign in with: