DTEK intends to launch the first pilot green hydrogen projects in Ukraine by the end of the year. 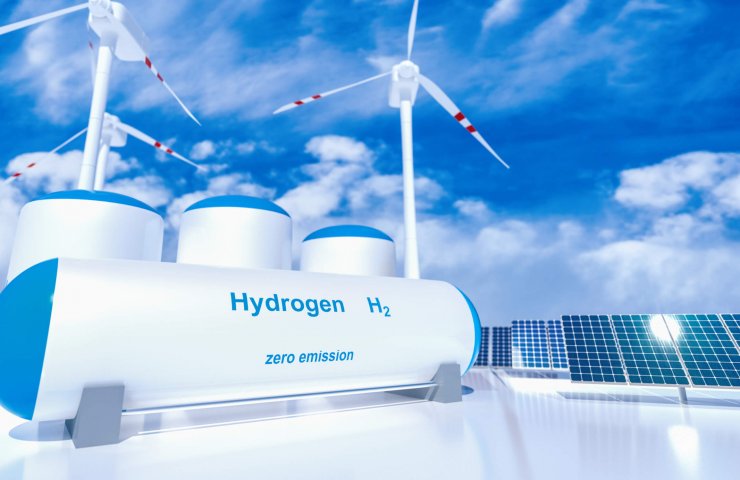 Rinat Akhmetov's energy holding DTEK intends to launch pilot projects for the production of "green" hydrogen by the end of this year. This was announced by DTEK CEO Maxim Timchenko at a press conference at the Academy DTEK on Wednesday.

“Green hydrogen is where we want to be leaders. We are working to ensure that the first pilot projects appear by the end of 2021, ”said the head of the energy holding.

He also noted that approximately in April of this year, DTEK is preparing to present energy storage with a capacity of 1 MW and a volume of 1.5 MWh, which is currently being installed at the site of the Zaporozhye TPP.

According to the top manager, the cost of this project is approximately one million dollars, but due to the unresolved issue of the development of accumulation systems, the company does not understand its payback.

“It is important for us not only technologically, but also to regulate this issue. What is it - a service or electricity, what market is it to sell? We hope we will go through all this with Ukrenergo and NKREKU, ”Timchenko said.

He noted that if the pilot project is successful, then the next project of the company will be the construction of energy storage 50 MW.

Let us remind you that this week the Ministry of Energy of Ukraine raised the issue of advancing the transportation or export of "green" hydrogen to Germany.

“We would like to consider the possibility of structuring the relevant contracts that provide for advance payments from Germany for green hydrogen,” Vitrenko said during a video conference with representatives of the German Federal Ministry of Economy and Energy.

According to the acting Minister, with the help of an advance, Ukraine will be able to finance the development of green and water energy, which replaces coal generation.

Development of hydrogen energy in Ukraine was repeatedly discussed with the leadership of the Federal Republic of Germany and the European Union, and Ukraine, given the significant potential and infrastructure for the production and transportation of hydrogen, seeks to become a partner of the EU in this direction.

The State Energy Efficiency Committee emphasized that the development of hydrogen technologies can be one of the promising issues of the future energy partnership between Ukraine and Germany.

Recommended:
Explosion kills coal mine in Henan province
Losses of state-owned mines of Ukraine in the 1st quarter of 2021 amounted to UAH 1.25 billion - ExPro
China's Machinery Sector Operating Income Increases 43 Percent
On this topic
Yuzhmash told whether it is possible to launch reusable rockets from the Black Sea
How the reform of the electricity market in Ukraine can lead to a collapse and what to do about it
Stopped nuclear power plants and mines. What's going on in the energy sector of Ukraine?
DTEK because of the crisis in the energy sector stopped the largest coal producing company in
DTEK has launched a new wind power plant in Zaporizhia region
DTEK: CADLO exported 3.2 million tons of coal to Europe
Add a comment
Сomments (0)
News Analytics
Metinvest's Italian contractors reveal details of the investment project in16-06-2021, 23:01
Energoatom approved Electrotyazhmash as a supplier of turbine generators for16-06-2021, 14:57
Representatives of Ukraine and Germany discussed the prospects for cooperation16-06-2021, 10:49
Vestas and DTEK RES signed an agreement for the supply of wind turbines for the16-06-2021, 10:45
SSAB agrees with Volvo to supply and refine HYBRIT decarbonized steel16-06-2021, 10:40
Vaccinations fuel demand for platinum - World Platinum Investment Council08-06-2021, 12:55
Sharp price growth continues in the rolled metal market - Ukrpromvneshexpertiza08-06-2021, 11:04
Analysts note overheating of the global scrap metal market01-06-2021, 13:28
Hydrogen-fueled steelmaking could be competitive after 2050 - McKinsey19-05-2021, 14:22
Steel raw material prices are skyrocketing across the board18-05-2021, 12:34
Sign in with: