Small modular reactor technology is recognized as one of the most promising in the construction of nuclear power plants. 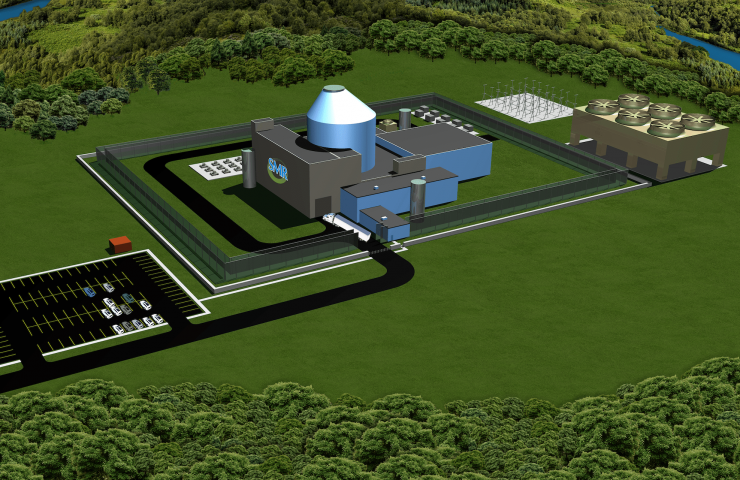 The Ministry of Energy is considering the possibility of cooperation with the Czech company Witkowitz in the production of small modular nuclear reactors (SMR). This was announced on February 23 by the press center of the department, following a meeting of the ministry's leadership with representatives of the Czech group of companies.

“Of course, this topic is very interesting for us, and it is definitely on the agenda. We are on the verge of the challenges we face because of the need to decarbonize the economy. Green energy is actively developing. Therefore, we need to provide the system with balancing capacities. At the same time, it should be a comprehensive solution: we should determine the share of such generation in the overall development of the energy system of Ukraine, and this should be reflected in the energy strategy until 2050, ”said Deputy Energy Minister Yuriy Boyko.

Boyko also added that it is necessary to fully understand the economics of building small modular reactors and only after that make a final decision.

As reported, the meeting discussed the possible placement and certification of a prototype MMP on the territory of Ukraine. The parties agreed to exchange detailed information and, based on the results, create a working group for further processing the issue of establishing small modular reactors in Ukraine.

MMR is recognized as one of the most promising in the construction of nuclear power plants. SMRs have a higher level of safety in comparison with traditional types of reactors due to the absence of equipment in them, which requires external power supply, as well as due to other passive safety systems.

Earlier it was reported that back in 2017, the head of Holtec International, Chris Singh, proposed to create a hub in Ukraine for the dissemination of small modular reactor (SMR) technology in Europe, Asia and Africa with the localization of the production of equipment for them at Ukrainian enterprises. Holtec International is a leading global technology developer and manufacturer of equipment for the transportation and storage of spent nuclear fuel. It is also one of the world leaders in the development of small modular reactors.

Recommended:
Rolls-Royce buys metal products from Liberty Steel on a prepaid basis and with a large stock
FAW Group and General Motors Report Sharp Growth in China Sales
Okean shipyard restores dry dock performance
On this topic
Ukraine will strengthen cooperation with Korea in the field of digitalization of the energy sector
Westinghouse and Energoatom signed a contract for the supply of nuclear fuel for the VVER-440
Yuzhmash told whether it is possible to launch reusable rockets from the Black Sea
European Commission: Ukraine should continue investing in renewable energy
How the reform of the electricity market in Ukraine can lead to a collapse and what to do about it
Stopped nuclear power plants and mines. What's going on in the energy sector of Ukraine?
Add a comment
Сomments (0)
News Analytics
The capacity of the domestic steel market in Ukraine in January-March decreased19-04-2021, 10:33
In Russia, there is an exuberant demand for agricultural machinery19-04-2021, 10:24
Iran is satisfied with the reaction of the world community to 60% enrichment of18-04-2021, 13:24
Gas prices in Ukraine have reached a record value over the past two years -16-04-2021, 17:24
Ukrmetallurgprom asks the Antimonopoly Committee to allow Metinvest to bid for16-04-2021, 17:23
World Steel Association predicts a good year for metallurgists15-04-2021, 18:19
World Steel Association defines green steel and its variations12-04-2021, 13:14
China unlikely to cut steel capacity in 2021 due to high steel prices07-04-2021, 12:11
Scrap metal market at the beginning of April02-04-2021, 11:10
Rising Chinese Prices Fueled Rising Global Steel Prices - MEPS25-03-2021, 18:54
Sign in with: