In the first two months of 2021, Ukrainian metallurgists sold metal products worth $ 1.5 billion for export. 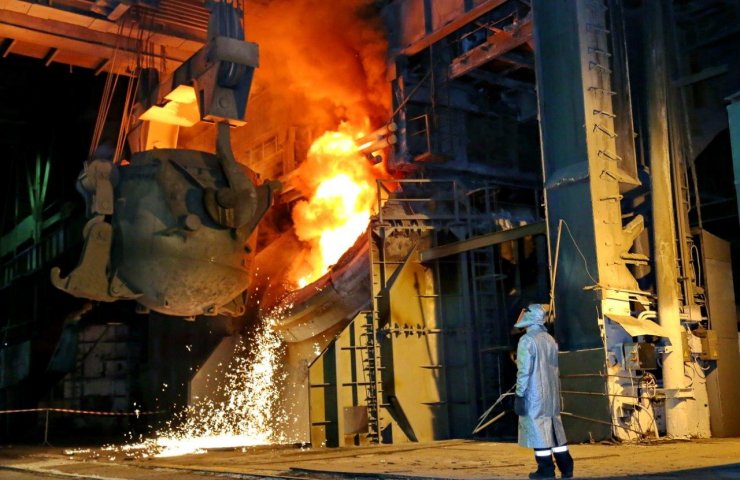 Metallurgical enterprises of Ukraine in January-February of this year increased revenues from the export of ferrous metals, according to preliminary data, by 8% compared to the same period last year - up to $ 1.5 billion.

According to summarized statistics released by the State Customs Service (GTS), in February, receipts from the export of ferrous metals amounted to $ 764.82 million. At the same time, Ukraine in January-February-2021 reduced imports of similar products by 13% - to $ 121.5 million. In February, the figure was $ 63.8 million.

According to preliminary data from Ukrmetallurgprom, for two months in 2021, the following was produced in Ukraine:

Recommended:
Police investigators brought suspicion to the director of the Kharkov Coke Plant
The European Commission prepares to recognize nuclear energy as "green"
Citigroup sues for bankruptcy in London court against Sanjeev Gupta's companies - Financial Times
On this topic
For 10 months of 2020, receipts from the export of ferrous metals to Ukraine decreased by 16%
Ukraine has lost about 20% of export proceeds from trade in ferrous metals
Ukrainian enterprises reduced the export of ferrous scrap in half
Ukraine in the first quarter reduced revenues from exports of ferrous metals 15.5%
Interpipe has improved its financial results due to growth in demand for railway products
The fall in steel prices has reduced the foreign currency proceeds to the budget of Ukraine
Add a comment
Сomments (0)
News Analytics
Three European delegations visited the Mariupol commercial port in two days22-04-2021, 14:23
ArcelorMittal is the best employer in the MMC of Ukraine in 2021 - research22-04-2021, 14:28
US pledges to halve emissions by 2030 as part of renewed fight against global22-04-2021, 14:52
ArcelorMittal Raises Hot Rolled Steel Prices in Europe Above € 1,000 /Ton22-04-2021, 13:24
Chinese subway cars begin operational tests in Chicago22-04-2021, 13:44
Global hydrogen demand to grow 7-fold by 2070 - PwC21-04-2021, 12:31
World Steel Association predicts a good year for metallurgists15-04-2021, 18:19
World Steel Association defines green steel and its variations12-04-2021, 13:14
China unlikely to cut steel capacity in 2021 due to high steel prices07-04-2021, 12:11
Scrap metal market at the beginning of April02-04-2021, 11:10
Sign in with: