Scrap metal is a strategic and scarce raw material, without which steel production is impossible. In converter technology, the share of scrap is up to 25% of all raw materials, while for electrometallurgists this figure reaches 90-100%. 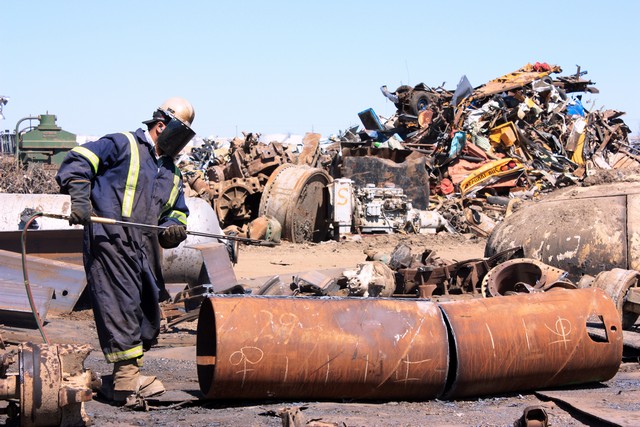 During the first two months of 2021, the volume of scrap metal procurement in Ukraine increased by 49.2% - in total, about 639.2 thousand tons of scrap metal were procured. reported in a non-commercial and unprofitable combination of enterprises UAVtormet.

According to the association, this trend is due to high prices that were observed on the market during January-February.

Supplies of scrap metal to Ukrainian metallurgical plants in January-February 2021 increased by 45.7% compared to the same period of the previous year and amounted to 578.6 thousand tons. Technological stocks of scrap metal at the enterprises are estimated at no less than 250.0 thousand tons.

Exports of scrap metal in January-February 2021 amounted to 30.2 thousand tons, while the increase in supplies compared to the same period last year amounted to 300%.

Recall that the Verkhovna Rada of Ukraine has registered a bill No. 5175 to extend the export duty on scrap metal in the amount of 58 euros /ton for five years.

According to Oleksandr Kalenkov, President of Ukrmetallurgprom, the decision to extend the export duty is very timely and important for Ukrainian metallurgists.

The export duty has proven to be effective since its introduction in 2016. If in 2015 the physical volumes of export of scrap metal procured in Ukraine amounted to 39.1% of its domestic consumption, then in January-November 2020 it amounted to 1.27%. The prolongation of the export duty since 2016 ensured the rate of development of GDP growth by 0.24%, and made it possible to preserve and create 25 thousand jobs.

Финансовая аналитика, прогнозы цен на сталь, железную руду, уголь и другие сырьевые товары. More news and analytics on Metallurgprom telegram channel - subscribe to get up-to-date market information and price forecasts faster than others.
Сomments
Add a comment
Сomments (0)
On this topic
Scrap metal collection in Ukraine in the first half of the year increased by almost one and a half
Scrap metal procurement in Ukraine tripled in the first quarter of 2021
Scrap metal collection in Ukraine for 5 months of 2021 increased by 35%
Six times more scrap metal was exported from Ukraine in January than in December - UAVtormet
Scrap metal procurement in Ukraine increased by 30.3%
The volume of procurement of scrap metal in Ukraine increased by one and a half times and exceeded
Recommended:
EU new car market continues to recover in double digits
Australia and the UK aim to catch up and overtake China in the battery metal sector
Brazilian steel industry expects modest growth in 2023: Aço Brasil
News Analytics
ArcelorMittal launches flagship carbon capture and recycling project in Belgium08-12-2022, 14:59
The South Korean government "ordered" the striking truckers to return08-12-2022, 11:04
India expands RoDTEP export incentive scheme to steel and iron08-12-2022, 10:28
Volkswagen Anhui's first pre-production NEV rolled off the assembly line08-12-2022, 10:17
Chinese steel exports up 28.2% - customs data07-12-2022, 23:43
Analysts predict 5% annual growth in the iron casting market through 203006-12-2022, 12:44
Commodity prices will fall, metals quotes will rise slightly - Focus Economics28-11-2022, 13:28
Platinum market to face shortage next year - WPIC22-11-2022, 18:25
Global steel demand falls and will fall by 2.3% in 2022: WorldSteel19-10-2022, 23:12
Iron ore prices fall to 11-month low15-10-2022, 10:36
Sign in with: