According to the Kryukovsky Carriage Works, the intentions to build a high-speed railway with a gauge of 1435 mm in Ukraine are explained solely by political motives, because Ukraine will not receive any logistical, technical and technological bonuses. 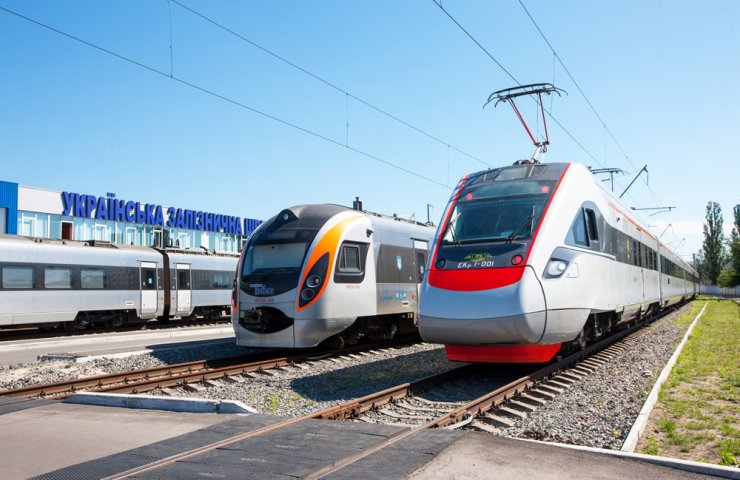 The desire to combine Ukraine with the EU with a single railroad is a purely political project, without any economic justification, declared at the Kryukov Carriage Works (KVSZ ).

"Fantasies that passengers from Europe will switch to high-speed trains going to Kiev, abandoning air travel, and a domestic passenger will lay out the last hryvnia to use the services of a high-speed line, are not confirmed or substantiated," said the KVSZ .

According to the top managers of the carriage building plant and representatives of science, today the engineering industry of Ukraine is able to provide the domestic passenger with the necessary level of comfort, safety and speed of railway travel on the basis of its rolling stock and existing infrastructure.

"It is necessary to actively promote precisely this path of development and integration of Ukraine into the European states, and not engage in PR of populist projects," the KVSZ noted.

They advised the Ministry of Economic Development, Trade and Agriculture of Ukraine, as the main state regulator in this area, to involve ministries and departments, sectoral scientific and design organizations, European experts in order to organize the development of a preliminary feasibility study for the implementation of a project of high-speed passenger traffic with a track gauge of 1435 mm in Ukraine, as well as to assess its impact on such sectors of the economy as mechanical engineering, construction, agriculture, ecology, etc.

Previously it was reported that the Ministry of Infrastructure of Ukraine in 2021 plans to start work on a project for the implementation in Ukraine of a high-speed railway network of European format with a width of 1435mm.

“These are four sections with a total length of almost 2 thousand kilometers of railway track. The first section is Kiev-Lviv and the border, 896 km, and we are already starting to build and prepare one of these stages this year, ”said Minister of Infrastructure Vladislav Krykliy during the all-Ukrainian forum“ Ukraine 30. Infrastructure ”.

South Korean engineering corporation Hyundai has promised to allocate $ 2 million in grant funds for the development of a pre-feasibility study for the construction of a high-speed railway network in Ukraine.

Recommended:
Volkswagen invests 200 million euros in the development of its dealer network in Germany
At least nine people were injured in an explosion at a pyrotechnics plant in Iran
SSAB agrees with Volvo to supply and refine HYBRIT decarbonized steel
On this topic
State Geological Survey of Ukraine joined the European Battery Alliance
DTEK held its first virtual reality event for employees
Uz and Chinese CRCC has signed a Memorandum of understanding
The Eurasian Commission has announced the final amount of duties on Ukrainian zinc
Minamaneho of Ukraine plans in April 2020 to conduct a pilot auction for "green" generation
The steel industry, the United States recognized itself the most energy efficient in the world
Add a comment
Сomments (0)
News Analytics
Energoatom approved Electrotyazhmash as a supplier of turbine generators for16-06-2021, 14:57
Representatives of Ukraine and Germany discussed the prospects for cooperation16-06-2021, 10:49
Vestas and DTEK RES signed an agreement for the supply of wind turbines for the16-06-2021, 10:45
SSAB agrees with Volvo to supply and refine HYBRIT decarbonized steel16-06-2021, 10:40
Energomashspetsstal manufactured blanks for reactor equipment parts for16-06-2021, 09:38
Vaccinations fuel demand for platinum - World Platinum Investment Council08-06-2021, 12:55
Sharp price growth continues in the rolled metal market - Ukrpromvneshexpertiza08-06-2021, 11:04
Analysts note overheating of the global scrap metal market01-06-2021, 13:28
Hydrogen-fueled steelmaking could be competitive after 2050 - McKinsey19-05-2021, 14:22
Steel raw material prices are skyrocketing across the board18-05-2021, 12:34
Sign in with: