Producing 5 million tonnes of hydrogen steel in the Czech Republic would mean a tenfold increase in energy consumption in this industry, metallurgists say. 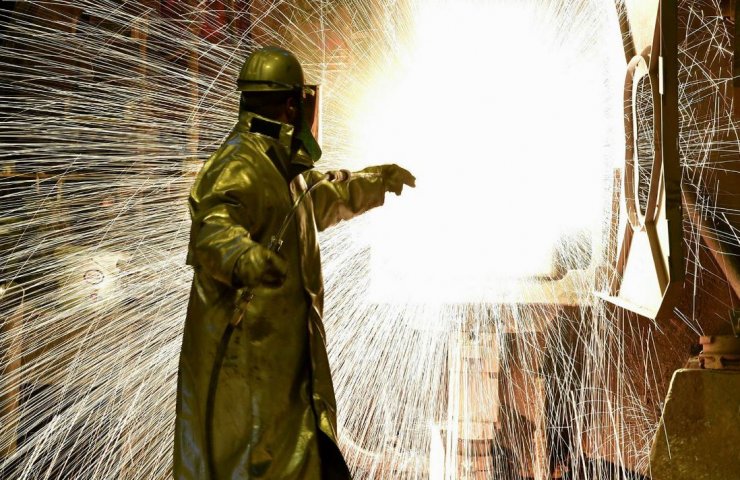 The Czech Steel Union said that there is no other technology for the production of primary steel, except for blast furnaces, in the country and will not be for a long time, and the transition to hydrogen will consume a third of the current electricity of the entire republic.

He questioned the ability of the Czech energy sector to supply so much green energy, because this is the only way it makes sense to ditch coal.

Czech steel producers also drew attention to the situation with the EU emissions trading system. First, it does not cover the entire economy, which reduces the competitiveness of some of its industries. Second, the spike in emissions prices hit energy-intensive sectors even more.

In February, the price of CO 2 emissions rights reached 40 euros, which means that in two years their value, having increased by 30 euros, quadrupled.

“Such a sharp rise in emissions prices surprises everyone, including the European Commission. There is a danger that companies deciding to make major investments in reducing emissions could suffer because of this, says Jan Czudek, Chairman of the Supervisory Board of Unia Stalowa and Managing Director of the Třinecké železárny Steel Works.

He also notes that due to the slow process of granting the necessary permits in the Czech Republic, companies will spend more and more money on emission allowances instead of investing in the development of new clean technologies over the next 5-10 years. This will clearly worsen their global competitiveness.

“The slow development of carbon-free technologies means that the metallurgical industry will for a long time be doomed to use coke, which is not a fuel in a blast furnace, but a chemical agent necessary to reduce iron ore to pig iron from which steel is produced. We have no other technology for primary steel production, and we will not have it for a long time, ”adds Jan Czudek.

Recommended:
In Kazakhstan, 55 types of activities in 14 areas were proposed to be attributed to the creative sector of the economy
Zlatoust Metallurgical Plant spoke about new types of mastered metal products
Russia will not restrict the export of metal products due to high competition in the world market
On this topic
Yuzhmash told whether it is possible to launch reusable rockets from the Black Sea
How the reform of the electricity market in Ukraine can lead to a collapse and what to do about it
Stopped nuclear power plants and mines. What's going on in the energy sector of Ukraine?
The Greek authorities decided to 2023 to completely abandon coal
Who will freeze first, if Ukraine will stop the transit of Russian gas?
Prospects for the development of the economy and steel market in the EU in 2019-2020
Add a comment
Сomments (0)
News Analytics
Energoatom approved Electrotyazhmash as a supplier of turbine generators for16-06-2021, 14:57
Representatives of Ukraine and Germany discussed the prospects for cooperation16-06-2021, 10:49
Vestas and DTEK RES signed an agreement for the supply of wind turbines for the16-06-2021, 10:45
SSAB agrees with Volvo to supply and refine HYBRIT decarbonized steel16-06-2021, 10:40
Energomashspetsstal manufactured blanks for reactor equipment parts for16-06-2021, 09:38
Vaccinations fuel demand for platinum - World Platinum Investment Council08-06-2021, 12:55
Sharp price growth continues in the rolled metal market - Ukrpromvneshexpertiza08-06-2021, 11:04
Analysts note overheating of the global scrap metal market01-06-2021, 13:28
Hydrogen-fueled steelmaking could be competitive after 2050 - McKinsey19-05-2021, 14:22
Steel raw material prices are skyrocketing across the board18-05-2021, 12:34
Sign in with: