Volodymyr Zelenskyy is asked to instruct the Cabinet of Ministers and the Ministry of Economy to take all measures to introduce a temporary ban on the export of scrap metal from Ukraine as soon as possible until December 31, 2023. 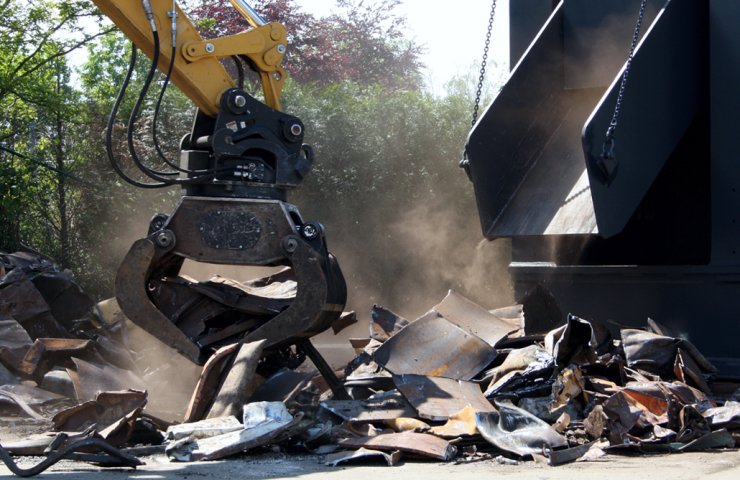 The branch association of enterprises " Ukrmetallurgprom " to the President of Ukraine, Volodymyr Zelensky, demanding an immediate ban on the export of scrap metal from the country at least until the end of 2023. These initiatives support MPs Mikhail Tsymbalyuk, Musa Magomedov, Alexey Movchan and MP, member of the Verkhovna Rada of Ukraine Committee on Economic Development Lyudmila Buimister.

According to lobbyists, the support of Ukrainian oligarchs from metallurgy is necessary for Ukraine in order for the country to become competitive in the world market. In addition, it is argued that Ukraine has proven to be the most unprotected and accessible source of scrap, in particular for Turkey, the world's largest importer of scrap metal.

"In order for Ukraine to become competitive, the government should take measures to ensure that our scrap metal does not go outside the state," MP of Ukraine Mikhail Tsymbalyuk said in a statement.

Ukrmetallurgprom recalled that the Ukrainian government constantly declares the need to move away from raw material exports in favor of exporting products with a high level of added value. Therefore, according to the association, one of the priorities of the authorities should be attempts to keep metallurgical raw materials in the country.

Emphasis is also placed on the fact that scrap metal is a critical raw material for decarbonization of Ukrainian metallurgy, since adding scrap to the charge can reduce CO2 emissions by metallurgy by 60%.

“Now the use of scrap metal is the only method for reducing CO2 emissions in metallurgy for all existing steel production technologies. That is, while maintaining the export of scrap, the Ukrainian authorities completely deprive its industry of competitiveness in the European market due to the impossibility of decarbonizing, since, for its part, does not offer and does not provide any financial, regulatory support and compensators for the Ukrainian industry for these purposes, " "Ukrmetallurgprom".

And according to the people's deputy, member of the Verkhovna Rada of Ukraine Committee on Economic Development Lyudmila Buimister, the ban on the export of scrap metal in the current conditions is a matter of Ukraine's national security.

Let us remind you that the metallurgical business in Ukraine is represented by such companies as Metinvest Rinat Akhmetov and Vadim Novinsky, Interpipe Victor Pinchuk, Dneprovsky Metallurgical Plant of Alexander Yaroslavsky and ArcelorMittal Kryvyi Rih by British billionaire Lakshmi Mittal. In the country's scrap industry officially works about 800 small and medium enterprises.