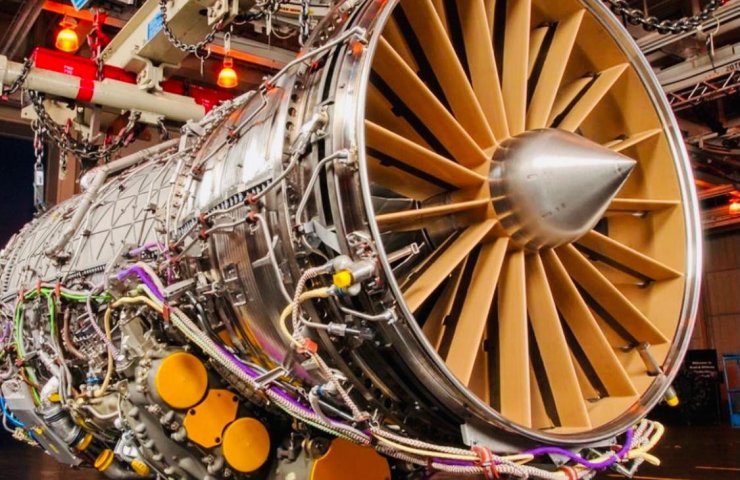 The Shevchenko District Court of Kiev, based on the materials of the Security Service of Ukraine, seized the integral property complex and 100% of Motor Sich shares.

As reported on Saturday by the SBU press center, based on the results of the judicial review, the property was transferred to the management of the National Agency of Ukraine for the identification, search and management of assets received from corruption and other crimes (ARMA) with the obligatory definition of a management company that has a state form property.

According to the report, the Main Investigation Department of the SBU is currently carrying out pre-trial investigations of Motor Sich in two directions.

The first - on the basis of crimes provided for in Articles 14, 15, 111 and 113 of the Criminal Code of Ukraine (regarding sabotage and subversive activities in favor of the Russian Federation).

The second - on the basis of crimes provided for by Articles 209, 212 and 364 of the Criminal Code of Ukraine. It examines violations of legislation during the initial privatization and subsequent illegal concentration of shares.

“This is not only about the fate of one enterprise, but about how the state is able to protect its own interests. Since the preservation of the Ukrainian Motor Sich is a matter of national security, "the press center quotes the head of the SBU Ivan Bakanov.

The state-owned enterprise will continue its work in accordance with the requirements of the current legislation, with the preservation of jobs and the fulfillment of obligations within the framework of production orders, the SBU notes.

On March 12, Secretary of the National Security and Defense Council of Ukraine Oleksiy Danilov said that at a meeting of the NSDC on March 11, it was not about the nationalization of the Zaporozhye Motor Sich enterprise, but about its return to the ownership of the Ukrainian people in accordance with current legislation.

Chinese Foreign Ministry spokesman Zhao Lijian, in turn, stated that China requires Ukraine to protect the legitimate interests of Chinese investors in connection with the decision to nationalize the Motor Sich enterprise, more than 50% of which is owned by Chinese companies.

The Chinese shareholders of Motor Sich initiated an arbitration against the state of Ukraine in December last year for $ 3.6 billion. They claim that the Ukrainian authorities expropriated their investments, as well as violated their other rights provided for by the intergovernmental agreement on the encouragement and mutual protection of investments between Ukraine and China of October 1992. The Chinese plaintiffs are represented by international law firms WilmerHale, DLA Piper and Bird & Bird.

According to the group's opinion DCH Alexander Yaroslavsky, most likely, the orders of Chinese buyers for Motor Sich will be canceled, and the enterprise will de facto go bankrupt and leave both the national and international aircraft market. Following him, significant problems will be experienced by KB "Ivchenko-Progress", FED, SE "Antonov", which will ultimately lead to the destruction of the Ukrainian aircraft industry.

According to a source in the Ukrainian government, at present, about 75% of Motor Cich shares are already owned by a group of Chinese owners, and some part of the disputed block of shares acts as collateral for financing provided, among other things, by China Development Bank.

Финансовая аналитика, прогнозы цен на сталь, железную руду, уголь и другие сырьевые товары. More news and analytics on Metallurgprom telegram channel - subscribe to get up-to-date market information and price forecasts faster than others.
Сomments
Add a comment
Сomments (0)
On this topic
"Metinvest " with affiliated companies became the owner of 100% of "Zaporozhogneupor
The United States launched an investigation into the compliance of the Russian economy with market
The U.S. Department of Commerce considers the import of mobile crane systems a security threat
Yuzhmash signed a memorandum of cooperation with the Saudi company National Building &
The US state Department will publish the correspondence of attorney trump Giuliani in Ukraine
Biden signs decree imposing sanctions on Russia and its sovereign debt
Recommended:
Russia will allocate more than $700 million for the production of domestic aircraft engines
EU new car market continues to recover in double digits
Energy efficiency investment worldwide tops $1 trillion in 2 years
News Analytics
Chinese steel exports up 28.2% - customs data07-12-2022, 23:43
UK approves construction of new coal mine for the first time in 30 years07-12-2022, 23:29
Analysts predict 5% annual growth in the iron casting market through 203006-12-2022, 12:44
Oman to build a new steel plant worth $3 billion in 3 years06-12-2022, 12:14
Tesla's Shanghai gigafactory set a new record for electric vehicle shipments in05-12-2022, 15:24
Analysts predict 5% annual growth in the iron casting market through 203006-12-2022, 12:44
Commodity prices will fall, metals quotes will rise slightly - Focus Economics28-11-2022, 13:28
Platinum market to face shortage next year - WPIC22-11-2022, 18:25
Global steel demand falls and will fall by 2.3% in 2022: WorldSteel19-10-2022, 23:12
Iron ore prices fall to 11-month low15-10-2022, 10:36
Sign in with: