Wages will be increased only for those railway workers who currently have a salary below 30,000 hryvnia per month. 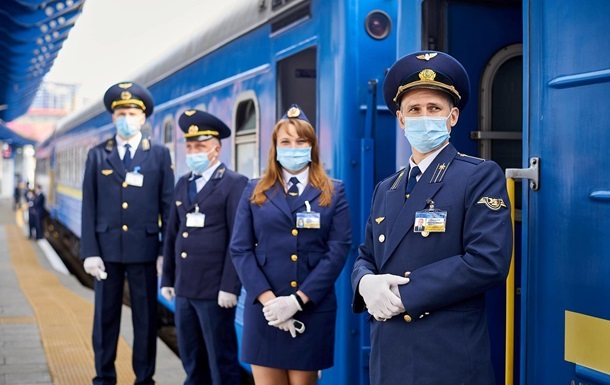 Ukrzaliznytsia and trade unions have agreed to increase tariff rates and official salaries of railway workers by 10% from June 1, 2021. In addition, the parties agreed that, subject to the fulfillment of the main income indicators, the second stage of the increase in wages will take place as early as October 1 of this year.

Both increases will be applied to employees of the company, whose official salaries are now less than 30 thousand hryvnia. The relevant agreements are enshrined in a joint decision on cooperation and mutual understanding, which was signed by and. about. Ivan Yurik, Chairman of the Board of Ukrzaliznytsia JSC; and Vadim Bubnyak, leader of the Trade Union of Railway Workers and Transport Builders of Ukraine.

“We are aware of our responsibility for the stable operation of the company. That is why it was decided to raise the wages of railway workers, who had the lowest wages and were the least protected. We signal to our employees that we have great respect for their hard day-to-day work. Now the main goal of the management of Ukrzaliznytsia is to find a reasonable balance under which we can improve the life of railway workers and manage the company in such a way as to achieve the highest possible financial results, "said Ivan Yurik.

In addition, the head of Ukrzaliznytsia expressed the hope that, for its part, the trade union will support the policy of JSC "Ukrzaliznytsia" and help jointly defend particularly acute issues before the relevant state authorities. Among them: unification of tariffs for freight transportation, exemption from land tax for railway transport, excise tax on diesel fuel, reduction in the payment of dividends to the state budget, and the like.

Recall that the new leadership of Ukrzaliznytsia has resumed a five-day working week for all railway workers. Also, the payments provided for by the current Industry Agreement and collective agreements have been restored. In addition, a decision was made to increase the daily allowance level by 25% from April 1, 2021.

Сomments
Add a comment
Сomments (0)
Partner news
Recommended:
Metinvest ships an average of 80 tons of oxygen per day to hospitals in Ukraine
Musk's Twitter posts cost Tesla shareholders nearly $ 61 billion
Astronomers have discovered a huge "barrier" protecting the Milky Way from radioactive rays
On this topic
ArcelorMittal Kryvyi Rih will raise salaries by 10% in two stages if it receives the consent of the
ArcelorMittal Kryvyi Rih raises wages by 10% or more from October 1, 2021
Ukrzaliznytsia assessed the high-speed railway project messages in Ukraine in $ 15-16 billion
Metinvest to raise wages for workers in Ukraine from May 1
Employees of the enterprise "ArcelorMittal Kryvyi Rih" took part in a protest action
Ukraine needs to reduce mortgage rates to 8-10% - Confederation of Builders of Ukraine
News Analytics
Elon Musk urges people to leave Binance, Coinbase and other cryptocurrency28-11-2021, 13:19
Ukraine's population is declining at one of the fastest growing rates in the28-11-2021, 13:09
Spain refuses to build uranium plant28-11-2021, 13:19
Elon Musk turned out to be from subsidies for Tesla plant in Germany27-11-2021, 11:33
State Service of Geology and Mineral Resources of Ukraine has updated data for27-11-2021, 11:40
What unites Ilona Mask and other richest people in the world31-10-2021, 12:28
Moldavian Gordian knot - big politics28-10-2021, 11:03
Elon Musk's equity capital is approaching the $ 300 billion mark27-10-2021, 13:26
Hopes are dying to end the world's dependence on coal25-10-2021, 16:54
Will the rise in steel prices limit metallurgical production?25-10-2021, 11:44
Sign in with: