The State Ecological Inspectorate (SEI) in a judicial proceeding demands to stop work on the construction of the Kryvyi Rih Mining and Metallurgical Combine of PJSC "ArcelorMittal Kryvyi Rih " (AMKR, Dnipropetrovsk region) of the tailing dump "Third Card". 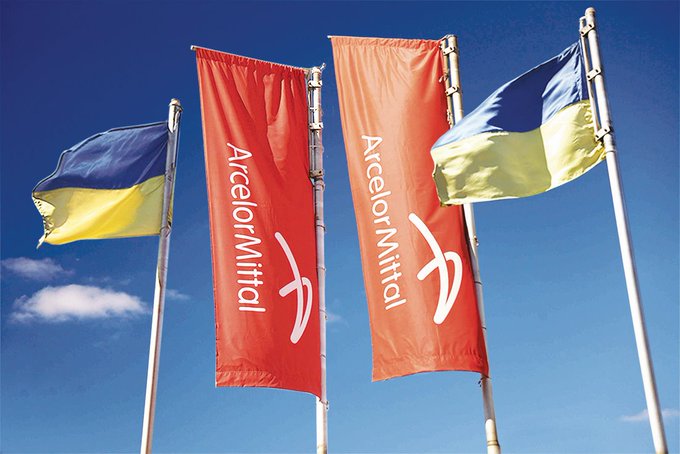 ArcelorMittal is opposing the requirements of the State Environmental Inspection (SEI), the press service of ArcelorMittal Kryvyi Rih said.

The company claims that it has received all the necessary permits for construction work on the territory of the new tailing dump "Third Card", including from GASK and Geocadastre.

“We are concerned about constant interference in our production activities, which we conduct in strict accordance with the norms of Ukrainian legislation. The company is ready to defend its interests and business reputation in court, "said Artem Filipyev, Deputy General Director for Legal Affairs, Interaction with Government Bodies and Communications of ArcelorMittal Kryvyi Rih.

The press service of the company noted that ArcelorMittal Kryvyi Rih is forced to enter the procedure for assessing the impact on the environment for the third time, which in itself does not comply with legislative norms.

"The planned construction of a new tailing dump" Third Card "was recognized as permissible by the state back in April 2020. At the same time, on the basis of the obtained permits, the enterprise began preparatory work for the future construction. Last week, the chairman of the SEI, Andrei Malevany, announced the demand to stop the construction of a new tailing dump of the enterprise and the filing of a statement of claim on the part of the inspectorate. SEI's claims are based on the specifics of the additional environmental impact assessment (EIA) of the Tretya Karta tailing dump construction project. In September last year, representatives of the State Environmental Inspection conducted an unscheduled inspection of the Third Map tailing dump. The SEI made a mistake in the order that the enterprise received as a result of the inspection, which led to confusion between the two facilities of ArcelorMittal Kryvyi Rih, and, accordingly, to legal ambiguity in fulfilling the order. In March 2021, SEI carried out another inspection of the Third Map tailing dump. The basis for filing a lawsuit, which was announced by Mr. Malevany, was the text of the act following the results of this check. It changed the wording to another object and analyzed its implementation with the "identification" of non-existent violations, "the press service said, which adds that ArcelorMittal Kryvyi Rih is ready to enter into legal proceedings to protect its interests.

Recommended:
The largest titanium deposit in Ukraine went to Dmitry Firtash
The head of the Suez Canal Authority announced the arrest of the container ship Ever Given
Electrotyazhmash announced the end of the crisis period and the beginning of recuperation
On this topic
Specialists of the Chinese company CISDI will spend three months at ArcelorMittal Kryvyi Rih
ArcelorMittal Kryvyi Rih increases salaries of its employees
ArcelorMittal Kryvyi Rih will pay additional remuneration to its workers
ArcelorMittal Kryvyi Rih voluntarily paid over 7 million hryvnia for air pollution
President of Ukraine Volodymyr Zelensky visited ArcelorMittal Kryvyi Rih for the first time
ArcelorMittal Kryvyi Rih invests $ 700 million in environmental related projects
Add a comment
Сomments (0)
News Analytics
The capacity of the domestic steel market in Ukraine in January-March decreased19-04-2021, 10:33
In Russia, there is an exuberant demand for agricultural machinery19-04-2021, 10:24
Iran is satisfied with the reaction of the world community to 60% enrichment of18-04-2021, 13:24
Gas prices in Ukraine have reached a record value over the past two years -16-04-2021, 17:24
Ukrmetallurgprom asks the Antimonopoly Committee to allow Metinvest to bid for16-04-2021, 17:23
World Steel Association predicts a good year for metallurgists15-04-2021, 18:19
World Steel Association defines green steel and its variations12-04-2021, 13:14
China unlikely to cut steel capacity in 2021 due to high steel prices07-04-2021, 12:11
Scrap metal market at the beginning of April02-04-2021, 11:10
Rising Chinese Prices Fueled Rising Global Steel Prices - MEPS25-03-2021, 18:54
Sign in with: