For the first quarter of 2021, the seaports of Ukraine handled 32.6 million tons of cargo

The Administration of the seaports of Ukraine noted the positive dynamics of cargo turnover in the ports, primarily due to the growth in the handling of ore and grain cargo. 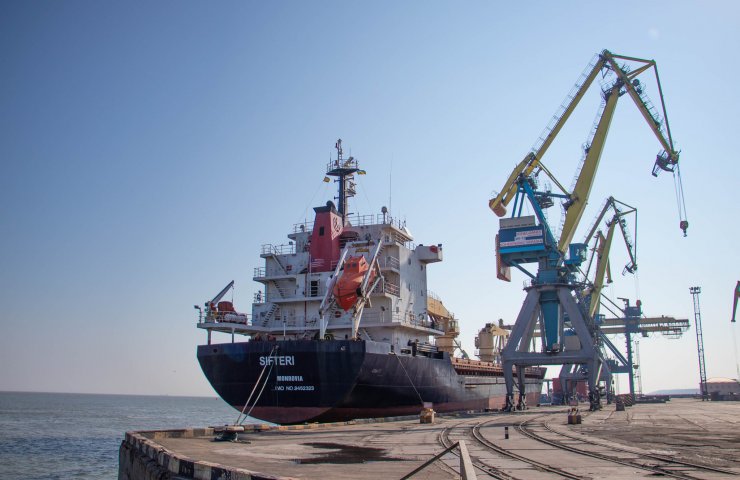 During January-March 2021, port operators in the seaports of Ukraine handled 32.6 million tons of cargo. This is 8.44 million tons or 20.5% less than in the first quarter of last year.

Ukrainian seaports are gradually reducing negative dynamics. Processing of ore and grain cargo is growing - by 9 million tons (-12.1%) and 8.6 million tons (-36.9%), respectively. At the same time, oil transshipment for 3 months of this year increased by 21.1% and amounted to 619 thousand tons.

Recommended:
Severodonetsk Azot Group DF increased the production of mineral fertilizers by one and a half times
Volvo and SSAB Agree to Produce Zero Emissions Green Trucks from Steel
The China-Europe freight train departs for the first time from the hometown of the discoverer of the Great Silk Road
On this topic
Ukrmetallurgprom clarifies data on iron and steel smelting in Ukraine for 2020
Ukrainian ports handled about 160 million tons of cargo in 2020
Steel production in September 2020
Global steel production in June 2020 decreased by 7%
Sea container transportations in Ukraine has grown by 20 percent exceeding million TEU
Ukrainian ports reached a record volume of transhipment cargo
Add a comment
Сomments (0)
News Analytics
Electrotyazhmash was allowed to overhaul the rolling stock of Ukrzaliznytsia21-04-2021, 16:17
Dniprostal-Energo initiates an auction for the purchase of electricity on the21-04-2021, 16:08
Zaporizhstal donated a new oxygen station to the Zaporizhzhya Regional21-04-2021, 15:11
Brazil is interested in the production capabilities of Yuzhmash21-04-2021, 14:35
Energoatom ordered a condenser from Turboatom worth 0.5 billion hryvnia for21-04-2021, 14:28
Global hydrogen demand to grow 7-fold by 2070 - PwC21-04-2021, 12:31
World Steel Association predicts a good year for metallurgists15-04-2021, 18:19
World Steel Association defines green steel and its variations12-04-2021, 13:14
China unlikely to cut steel capacity in 2021 due to high steel prices07-04-2021, 12:11
Scrap metal market at the beginning of April02-04-2021, 11:10
Sign in with: