Steel plant "Elektrostal" has been idle since December 2020 and does not produce continuous cast billets. 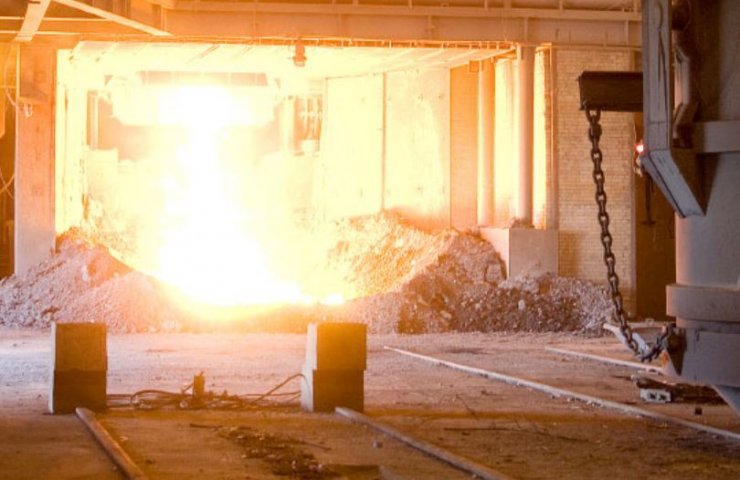 The steel-making enterprise "Elektrostal" (Kurakhovo, Donetsk region) stood idle in January-March of this year and did not produce continuously cast billets, while in the same period last year it smelted 29 thousand tons of such metal products. As a representative of the plant told Interfax-Ukraine, in March Elektrostal was also idle, as in February, January and December, while in November it was smelted 2 thousand tons of steel, in October - 10 thousand tons.

The representative of the plant recalled that from January to mid-March 2019, the enterprise was completely idle and partially resumed work from mid-March 2020, after which it worked at a third of capacity or less.

Deputy Chairman of the Parliamentary Committee for Economic Development Dmitry Kisilevsky at a meeting held on February 22 of this year in the parliamentary committee on the functioning of metal enterprises and their provision with scrap metal, organized on the initiative of the association of enterprises "Ukrmetallurgprom", pointed out the need to prolong the export duty on scrap for a stable work of factories. At the same time, he noted that due to the lack of scrap in Ukraine, the modern enterprise "Elektrostal" in Kurakhovo, Donetsk region is idle, urging the state to deal with this problem.

As reported, in 2020, Elektrostal kept the output of continuously cast billets at the level of the previous year - 84 thousand tons.

The steel-making complex of Elektrostal LLC was built from scratch in 2008 in Kurakhovo, Donetsk region. A prerequisite for the creation of a new metallurgical plant of small capacity was the shortage of steel billets, which at the beginning of 2000 began to be experienced by OJSC Donetsk Metal Rolling Plant. To ensure their production with their own continuously cast billets, DMPZ shareholders in 2005 decided to build a new steelmaking complex.

Recommended:
ArcelorMittal Kryvyi Rih changed its net loss in 2019 to UAH 740 million in net profit in 2020
Export of scrap threatens the national security of Ukraine - opinion of the people's deputy
Elon Musk's fortune grew by $ 6 billion in a day
On this topic
Ukrmetallurgprom advocated prolongation of the duty on the export of scrap metal from Ukrayrna for
Ukraine held its 13th position among 62 steel-producing countries in October
In Ukraine, the forecast drop in steel production by 7% in 2020
World steel production in November decreased by the percentage
Ukraine detensive the scrap metal market in the spring
World steel production in September fell by 0.3%
Add a comment
Сomments (0)
News Analytics
The capacity of the domestic steel market in Ukraine in January-March decreased19-04-2021, 10:33
In Russia, there is an exuberant demand for agricultural machinery19-04-2021, 10:24
Iran is satisfied with the reaction of the world community to 60% enrichment of18-04-2021, 13:24
Gas prices in Ukraine have reached a record value over the past two years -16-04-2021, 17:24
Ukrmetallurgprom asks the Antimonopoly Committee to allow Metinvest to bid for16-04-2021, 17:23
World Steel Association predicts a good year for metallurgists15-04-2021, 18:19
World Steel Association defines green steel and its variations12-04-2021, 13:14
China unlikely to cut steel capacity in 2021 due to high steel prices07-04-2021, 12:11
Scrap metal market at the beginning of April02-04-2021, 11:10
Rising Chinese Prices Fueled Rising Global Steel Prices - MEPS25-03-2021, 18:54
Sign in with: