Dneprospetsstal remembered how steel for spaceships was recently melted

Today the Zaporozhye metallurgical enterprise actively cooperates with the leading aviation enterprises of Ukraine and remains the main supplier of metal for the domestic aviation industry. 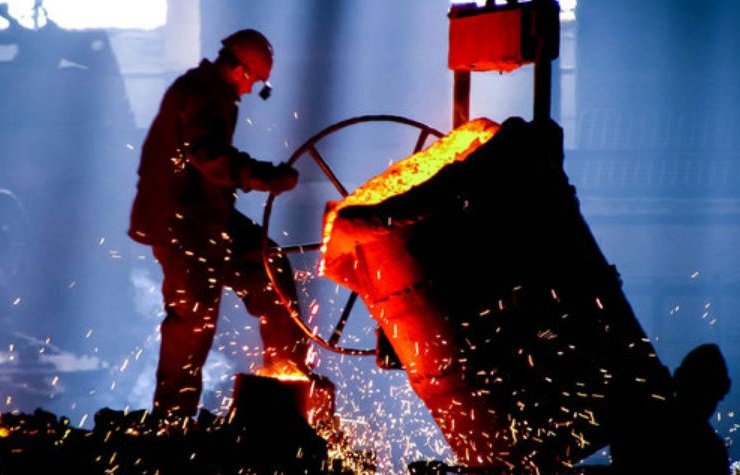 “The name of our enterprise suggests that the main purpose of the plant is to produce special steels and special alloys for critical industries, among which the space and aircraft industries occupy an important place. In cooperation with research institutes, high-alloy steels and alloys were mastered and put into production at our plant. Many of them can be called unique, ”says Boris Levin, Head of the Technical Department of Dneprospetsstal.

Dneprospetsstal steel has the highest purity characteristics, the minimum content of non-metallic inclusions, excellent strength characteristics, heat resistance, high wear and corrosion resistance. These are the properties that apply to the metal used in the space industry.

The first work on the development of heat-resistant nickel-based alloys at Dneprospetsstal began in the early 50s of the last century. Then, in the late 50s, together with scientists from the Institute. E.O. Paton at the plant, the production of special steels was started by the methods of smelting ESR and VAR. This provided ample opportunities for the production of "space steel".

In the 80s, a huge amount of work was carried out at Dneprospetsstal to fulfill the "special order". On the basis of SPC-5 and the press-forging shop, the plant specialists, together with scientists, have done a great deal of work on the development of the technological scheme, and then on the deformation redistribution of the new space metal. Then metallurgists themselves did not know about the true purpose of our products. In 1987, the metal produced at Dneprospetsstal was used for the production of the warhead and parts of the Energia launch vehicle.

The contribution of Dniprospetsstal workers to the production of space metal was enormous. Evgeny Isaevich Moshkevich, Vladimir Dmitrievich Potapov, Leonid Naumovich Korol, Vladimir Makarovich Ivanchenko and other specialists worked on the implementation of the project.

Over the years, Dneprospetsstal metallurgists have mastered dozens of steel grades, which are still used for the space industry. Their production involves SPC-5, KPTs, rolling, thermal calibration shop and other divisions of the plant.

Metal remains the most important material for modern aviation. Since 1915, when the first Junkers all-metal monoplane took to the skies to replace wooden aircraft, metal has been one of the basic materials for aircraft construction. The chainmail aluminum and duralumin, which were used for the first metal aircraft, were replaced by modern steels and alloys. And the production of many of the aircraft alloys was successfully mastered at Dneprospetsstal.

Zaporozhye metallurgists produce high-alloy, structural, stainless steels and heat-resistant alloys. For the manufacture of aircraft equipment, tool steels are used, including those produced by powder metallurgy. The range of application of Dniprospetsstal steel in aviation is quite wide - it is the production of blades, discs, rolling rings, bearings, engine parts, as well as flaps, nozzles, landing gear and other elements, without which the plane simply cannot take off.

April 12 marks 60 years since the first manned flight into space. In honor of this event, the World Day of Aviation and Astronautics is celebrated today.

Recommended:
China's foreign trade turnover grew by 29.2% in the first quarter of 2021
State Enterprise "Ukrhimtransammiak" exceeded the plan for the transit transportation of ammonia by 17.8%
Interpipe has completed the shipment of over 1,000 tons of UPJ-F premium connections
On this topic
The Ministry of Strategic Industry requires developers to accelerate work on the creation of
Yuzhmash told whether it is possible to launch reusable rockets from the Black Sea
How the reform of the electricity market in Ukraine can lead to a collapse and what to do about it
DSS confirmed the quality of its steel products for shipbuilding
At Dneprospetsstal remembered how the metal was melted for the first space flights
Dneprospetsstal carried out personnel rotations, which are not associated with a change in owner
Add a comment
Сomments (0)
News Analytics
Rinat Akhmetov's engineering company Corum Group sent a delegation to India05-05-2021, 21:09
A mining and metallurgical complex will be created in the Bayan-Undur somon of05-05-2021, 19:39
In Ukraine, European requirements for the ecodesign of solid fuel boilers will05-05-2021, 15:30
April steel production of "Zaporizhstal" increased in annual comparison by05-05-2021, 15:27
Germany plans to achieve carbon neutral economy by 204505-05-2021, 12:28
The current state of the market is ideal for the sale of rolled steel - IREPAS04-05-2021, 18:41
Global hydrogen demand to grow 7-fold by 2070 - PwC21-04-2021, 12:31
World Steel Association predicts a good year for metallurgists15-04-2021, 18:19
World Steel Association defines green steel and its variations12-04-2021, 13:14
China unlikely to cut steel capacity in 2021 due to high steel prices07-04-2021, 12:11
Sign in with: