Ukrzaliznytsia on February 25 announced a tender for the purchase of 100 passenger cars with a total estimated cost of UAH 3.044 billion through the state electronic trading system ProZorro. 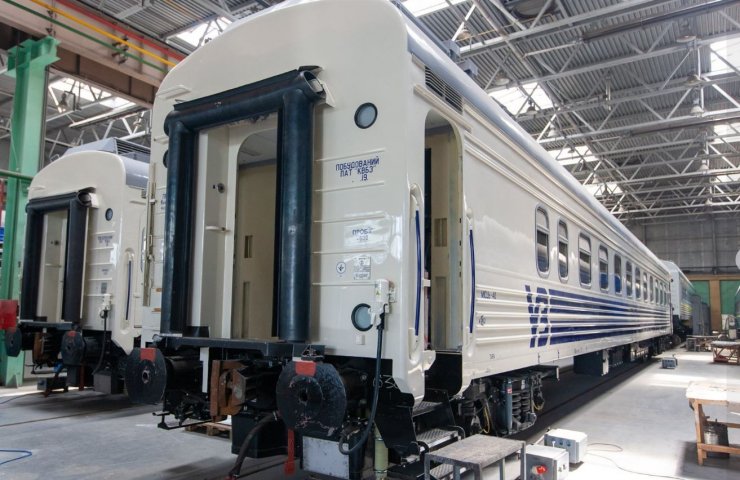 The Public Procurement Appeal Board of the Antimonopoly Committee of Ukraine on April 8, 2021 rejected the complaint that blocked the procurement procedure for passenger cars of JSC Ukrzaliznytsia, announced by the company back on February 25 this year.

According to the press service of the railway company, this is an important decision that restores the tender process for the purchase of 100 passenger cars as part of the implementation of the relevant program of the State Budget of Ukraine for 2021. The decision must be published within three business days.

Ukrzaliznytsia said that "a little-known Terminal-West company in the form of an LLC with an authorized capital of 10 thousand hryvnias has appealed and blocked the procurement procedure, which is critical for the infrastructure of Ukraine." The complainant identified himself as "an official distributor of the Polish PESA Bydgoszcz SA".

Ukrzaliznytsia, which has been cooperating directly with the Polish manufacturer for more than 10 years, received official confirmation from partners that the complainant has nothing to do with them and does not represent their products.

According to the railway workers, the procedure for filing complaints established by law was also violated, and on the merits of the complaint, Ukrzaliznytsia provided exhaustive explanations and objections.

At the end of last year, the Cabinet of Ministers of Ukraine for the first time in the years of independence decided to provide funds in the state budget for the renewal of the passenger car fleet in the amount of 4 billion hryvnia. The commercial offer has already been received by the Kryukovsky Carriage Works, the Kharkov Carriage Works, the Siemens and Pesa companies, and the Belarusian car builders.

In total, four lots have been announced for four types of wagons:

The next stage of the procurement will be the disclosure of tenders. Depending on the results of this stage, Ukrzaliznytsia will be able to move on to the next steps to implement the "super important" program for the renewal of passenger rolling stock.

Recommended:
8 people were killed and one injured as a result of the release of coal and gas at a coal mine in southwestern China
Zaporizhstal donated 370 tons of medical oxygen to hospitals in April
The Russian government will include gasoline in the list of strategic goods and restrict its export
On this topic
Ukrzaliznytsia announced a tender for the purchase of 100 new passenger cars in 2021
S&P rating agency upgraded Ukrzaliznytsia's credit rating to 'B-'
Ukrzaliznytsia insists that took into account the recommendations of the Antimonopoly Committee in
Railways have not implemented the recommendations of the Antimonopoly Committee, the statement of
Ukrmetallurgprom Ukrzaliznytsya accused in abuse of monopoly position
AMC has ordered "Ukrzaliznytsya" cancel dubious tender for purchase of gas
Add a comment
Сomments (0)
News Analytics
Rinat Akhmetov's engineering company Corum Group sent a delegation to India05-05-2021, 21:09
A mining and metallurgical complex will be created in the Bayan-Undur somon of05-05-2021, 19:39
In Ukraine, European requirements for the ecodesign of solid fuel boilers will05-05-2021, 15:30
April steel production of "Zaporizhstal" increased in annual comparison by05-05-2021, 15:27
Germany plans to achieve carbon neutral economy by 204505-05-2021, 12:28
The current state of the market is ideal for the sale of rolled steel - IREPAS04-05-2021, 18:41
Global hydrogen demand to grow 7-fold by 2070 - PwC21-04-2021, 12:31
World Steel Association predicts a good year for metallurgists15-04-2021, 18:19
World Steel Association defines green steel and its variations12-04-2021, 13:14
China unlikely to cut steel capacity in 2021 due to high steel prices07-04-2021, 12:11
Sign in with: