As part of a large-scale reconstruction of the Ukrainian GTS, its operator plans to completely abandon components from the Russian Federation. 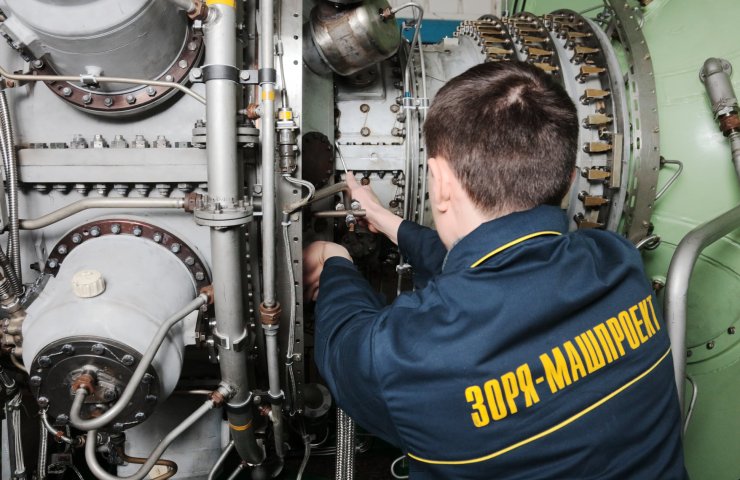 The head of the company LLC "Operator GTS of Ukraine" Sergei Makogon said that during the reconstruction of the gas transmission system, planned for the next 5 years, Russian components and equipment will not be used.

“Unfortunately, a significant number of gas-pumping units at GTS facilities were produced in the Russian Federation in the 70-80s, but as part of a large-scale reconstruction of the GTS in the next five years, we plan to completely abandon products from Russia. Our GTS should not depend on equipment from the Russian Federation, "he wrote on his page on Facebook, commenting on the new contract with the state-owned enterprise Zorya-Mashproekt.

According to the Zorya-Mashproekt press release, the agreement concluded on December 29 with the Ukrainian GTS Operator LLC provides for overhaul and maintenance of gas turbine engines at compressor stations Stavischenskaya, Grebenkovskaya, Romnenskaya, Zinkov, Reshetilovskaya, Gusyatin, Sofievskaya and Bar.

Following the repair of nine engines, their service life will be extended by 20 thousand hours. Three of them are planned to be accepted for renovation in January 2021. The total amount of the contract is about UAH 370 million.

State Enterprise "Scientific and Production Complex of Gas Turbine Construction" Zorya - Mashproekt "is a Ukrainian developer and manufacturer of gas turbines for marine and general industrial applications. The complex includes the Research and Development Center and serial production. The company is a monopoly on the CIS market in the field of development and production of gas turbines for ships of the navy. Almost all of the company's products were exported.

Recommended:
US imposes new sanctions on Iran in the last days of Trump's presidency
The Ministry of Economy of Ukraine presented a study of energy consumption for metal processing
The only uranium mining enterprise in Ukraine reduced uranium production by 7.1%
On this topic
How the reform of the electricity market in Ukraine can lead to a collapse and what to do about it
Pipes to dig up, no one will – the operator of Ukraine's GTS on the reduction of gas transit
The transit of Russian gas through Ukraine will continue on terms acceptable to all parties –
Ukraine has announced new tariffs for the transit of Russian gas to Europe
Romanian and Ukrainian pipeline operators signed an agreement on gas transit
Unbundling "Naftogaz" will bring the signing of a new agreement on the transit of Russian gas
Add a comment
Сomments (0)
News Analytics
YUZHMASH expects the adoption of the new space program of Ukraine in the near22-01-2021, 15:18
Eleven miners still await rescue from exploded gold mine in China22-01-2021, 12:34
Rivne NPP shut down power unit No. 122-01-2021, 12:13
Russia will start producing "green" hydrogen22-01-2021, 10:47
High-speed railway launched in China Beijing-Harbin highway22-01-2021, 10:22
China will overtake the United States to become the world's largest economy in27-12-2020, 12:04
The shortage in the US steel market will last at least until the end of the25-12-2020, 11:36
Steel production in China to surpass one billion tons this year23-12-2020, 10:59
Iron ore prices hit seven-year high and continue to rise15-12-2020, 10:26
Prices for metallurgical raw materials continue to rise in regional markets10-12-2020, 11:32
Sign in with: