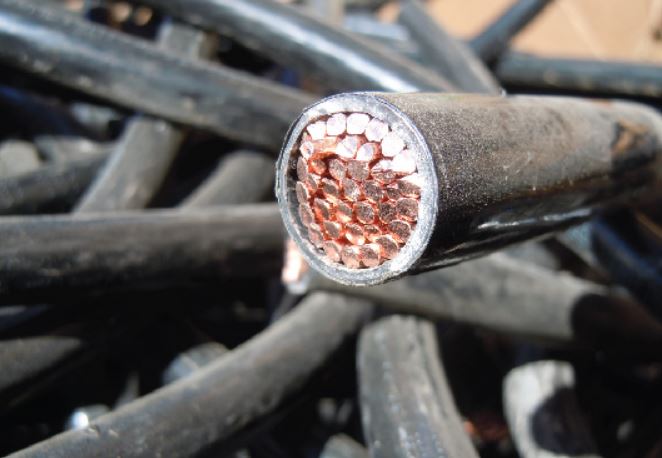 In the near future, Ukrzaliznytsia plans to sell about 2 thousand tons of non-ferrous metal and alloy scrap and receive about 145 million hryvnia of additional income from its sale. The corresponding 14 auctions were announced on June 7, 2021 in the Prozorro electronic system.

According to the announcements of the auctions posted in the electronic trading system Prozorro. Sales, in total, it is planned to sell 1993.85 tons of non-ferrous scrap, including aluminum, bronze, complex scrap, tungsten, brass, tin, lead, zinc and copper.

“We continue to generate additional income for the company through the sale of scrap metal. We have announced auctions for almost 2 thousand tons of non-ferrous metal scrap, from the sale of which we expect to receive at least 145 million hryvnias, ”the acting director said. Ivan Yurik, Chairman of the Board of JSC "Ukrzaliznytsia".

According to him, Ukrzaliznytsia intends to sell scrap metal at the most favorable price, providing transparent and competitive terms of sale.

Bids from auction participants are accepted until June 16, and the auctions are scheduled for June 17.

This is the second auction for the sale of non-ferrous scrap announced by the company. According to the results of previous auctions, which took place in December last year, Ukrzaliznytsya sold 1,035 tons of non-ferrous scrap worth UAH 29 million, with an initial cost of UAH 25.6 million.

Финансовая аналитика, прогнозы цен на сталь, железную руду, уголь и другие сырьевые товары. More news and analytics on Metallurgprom telegram channel - subscribe to get up-to-date market information and price forecasts faster than others.
Сomments
Add a comment
Сomments (0)
On this topic
French Total took control of 6 Ukrainian solar power plants
Dmitry Firtash regained the right to purchase a 51% stake in the Zaporozhye Titanium and Magnesium
Ukrzaliznytsia puts 100% of all orders of services in freight transport in ProZorro
Iran is satisfied with the reaction of the world community to 60% enrichment of uranium
Ferrexpo has appointed a new member of the Board of Directors
The court confirmed the illegality of the change of management of the Zaporozhye titanium and
Recommended:
Russia in May reduced the production of rolled steel by 8%
Steel prices fall due to weakening European demand and problems in China
Alisher Usmanov's Metalloinvest postponed the expansion of rebar production in the UAE
News Analytics
The Belarusian steel plant was visited by the Ambassador of Kazakhstan to06-07-2022, 17:44
US steel prices fall to December 2020 levels06-07-2022, 13:40
Interpipe mastered a new type of railway wheels for the EU market06-07-2022, 12:15
Tesla in the second quarter reduced the supply of cars by 18%04-07-2022, 10:24
Steel prices fall due to weakening European demand and problems in China04-07-2022, 10:40
High iron ore shortage could halt metallurgy's green transition28-06-2022, 14:02
Price volatility hits global steel market27-06-2022, 19:28
Recovery in China could be key to rising global steel prices - MEPS24-06-2022, 14:00
Conflict in Ukraine spurs Europe's drive for clean energy03-06-2022, 12:14
US steel market sentiment becomes more price neutral05-05-2022, 10:15
Sign in with: