NEFCO said that the problems that have arisen in the renewable energy sector of Ukraine due to the actions of the authorities threaten further investment. 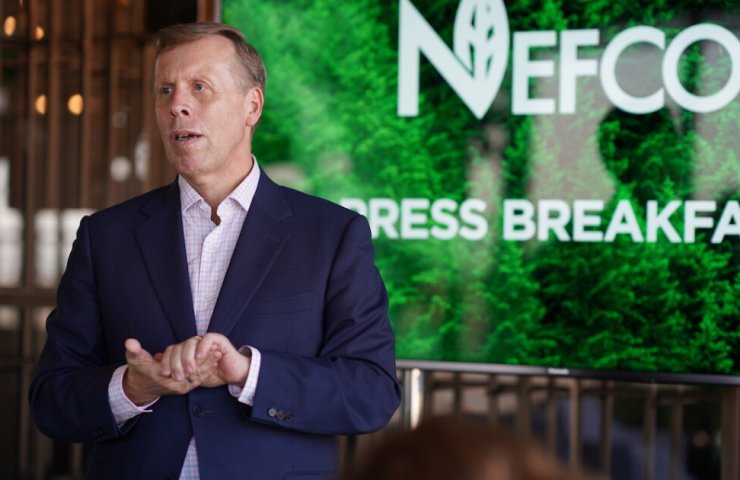 The international financial organization NEFCO (Nordic Environment Finance Corporation) refuses to invest in new projects of "green" energy in Ukraine due to a retrospective reduction of the "green" tariff for producers of electricity from renewable sources, non-payment of the State Enterprise "Guaranteed Buyer" of its obligations and possible the introduction of an excise tax on electricity from renewable sources.

This was announced on June 3 by the European-Ukrainian Energy Agency with reference to a letter received from NEFCO.

“NEFCO has decided to stop investing in new projects in the renewable energy sector in Ukraine until a stable and predictable investment environment is established and until the Government of Ukraine begins to adhere to its obligations,” the European-Ukrainian Energy Agency noted. p>

As stated in the letter from NEFCO, imposing an excise tax on electricity from renewable sources is the wrong way. According to the company, clean electricity should be subsidized and the use of fossil fuels should be taxed on 2 CO emissions.

Recall that the government submitted to the Verkhovna Rada of Ukraine for consideration bill , which provides for a number of innovations in the country's Tax Code. In particular, it is proposed to index the rates of excise tax on alcohol, environmental tax and rent for the use of a radio frequency resource, taking into account inflation in 2020, and to raise the rent rate for subsoil use.

Финансовая аналитика, прогнозы цен на сталь, железную руду, уголь и другие сырьевые товары. More news and analytics on Metallurgprom telegram channel - subscribe to get up-to-date market information and price forecasts faster than others.
Сomments
Add a comment
Сomments (0)
On this topic
How the reform of the electricity market in Ukraine can lead to a collapse and what to do about it
Stopped nuclear power plants and mines. What's going on in the energy sector of Ukraine?
In "Ukrmetallurgprom" told how to reduce the tariff for electricity transmission
Tax on greenhouse gas emissions in Ukraine became hostage to "green" energy
Energoatom appealed to the AMC with a complaint of possible manipulation in the supply of
Fitch Ratings notes the systemic crisis in the energy sector of Ukraine
Recommended:
UK is ready to give 300 million pounds to save British Steel
Europe's passenger car market records its worst year since the turn of the century
JSW Steel, ArcelorMittal and NLMK may buy two Liberty Steel plants in Belgium
News Analytics
EU Green Deal should encourage investment in mild steel projects: Eurofer02-02-2023, 16:32
Belarusian steel plant to operate at full capacity from February02-02-2023, 16:56
British Steel considers cutting up to 1,200 jobs at Scunthorpe02-02-2023, 11:50
Electric vehicles will play a key role in US aluminum production growth - Norsk01-02-2023, 12:17
The former president of Motor Sich was accused of aiding terrorists01-02-2023, 11:39
European stainless steel producers ready to raise prices31-01-2023, 16:16
S&P: Russia will continue to dominate the steel export market in the Black05-01-2023, 11:22
Fitch Analysts Predict Big Drop in Global Steel Consumption This Year14-12-2022, 13:59
Analysts predict 5% annual growth in the iron casting market through 203006-12-2022, 12:44
Commodity prices will fall, metals quotes will rise slightly - Focus Economics28-11-2022, 13:28
Sign in with: