In Ukraine, police were accused of involvement in the theft of coal from trains on an especially large scale

To stop the activities of the criminal organization, a joint special operation of the SBU and the National Police was carried out. As a result of the investigative actions, the suspicion was announced to the former and current police inspector and five civilians, including the organizer of the group. 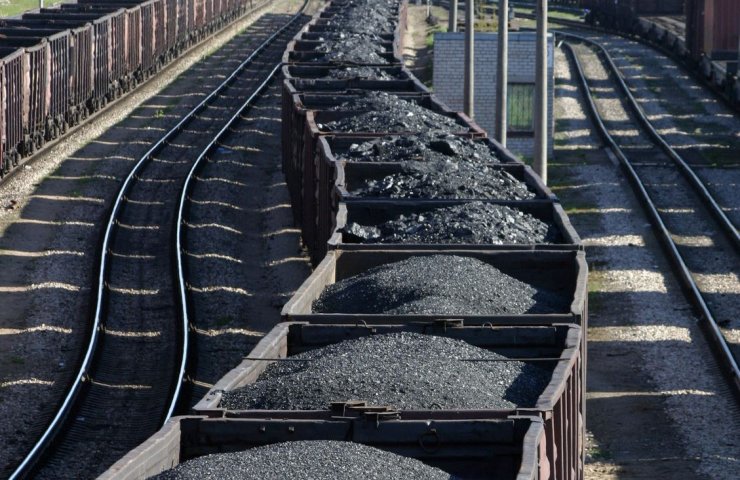 On the territory of the Zaporozhye region, internal security operatives of the National Police and the Security Service of Ukraine exposed a criminal group engaged in theft of coal and other cargo on an especially large scale from the trains of the Pridneprovskaya Railway. Police officers and paramilitary guards of the railway were involved in the criminal business.

By According to the press service of the National Police, the criminal group came to the attention of employees of the Zaporozhye Department of the Department of Internal Security in the Zaporozhye region last July. The group included civilians, members of the paramilitary guard of the railway, as well as the response sector of the patrol police of one of the departments of the Berdyansk district police department.

The cargo, most of which is coal, was stolen according to a previously agreed plan and a clear distribution of roles. After the train stopped at the indicated place, the stolen goods were loaded by car. As established by law enforcement officers, in one "raid" attackers could embezzle 100 tons of coal, causing millions in losses.

Based on the materials collected by the operatives, the investigators of the RRG, under the procedural guidance of the Dnipro Regional Prosecutor's Office, began criminal proceedings under Part 1.2 of Art. 255 (Creation of a criminal organization), part 4 of Art. 28, part 3.4 of article 185 (Theft) of the Criminal Code of Ukraine.

Финансовая аналитика, прогнозы цен на сталь, железную руду, уголь и другие сырьевые товары. More news and analytics on Metallurgprom telegram channel - subscribe to get up-to-date market information and price forecasts faster than others.
Сomments
Add a comment
Сomments (0)
On this topic
Volynets: the Ukrainian government began to fulfill the promise of salary debts to miners
Modernization of passenger cars in India was suspended due to massive theft of toilets
Elon Musk contracted coronavirus, but doubts the reliability of the tests
Rinat Akhmetov's engineering company Corum Group sent a delegation to India
Elon Musk called the family of the academician the Queen
Nikola founder was suspected of buying a hydrogen truck project from a Croatian designer
Recommended:
Employees of Ukrzaliznytsia mined crypto on service equipment
Naftogaz launches new arbitration against Gazprom
Financial giant Goldman Sachs begins massive layoffs
News Analytics
The production of passenger cars in Russia decreased by 2.8 times in eight29-09-2022, 11:19
Donetsk and Torez electrotechnical plants will start producing electrical29-09-2022, 11:37
Ukrainian coking plants reduced gross coke production by 55.2%29-09-2022, 11:28
China ramps up investment in transport to bolster economy29-09-2022, 11:33
The heads of mining companies named the main risks for business29-09-2022, 10:03
China production cuts in winter will give limited boost to steel markets -15-09-2022, 10:09
Steel prices may rise as manufacturers stop production11-09-2022, 14:06
IREPAS: The global long products market is in a "dramatic situation"10-09-2022, 20:49
Steel prices are unlikely to rise significantly in the near future - analysts02-09-2022, 22:58
Steel prices may move up on new data from China31-08-2022, 12:19
Sign in with: