Demand for scrap metal in Ukraine exceeds supply by 5% 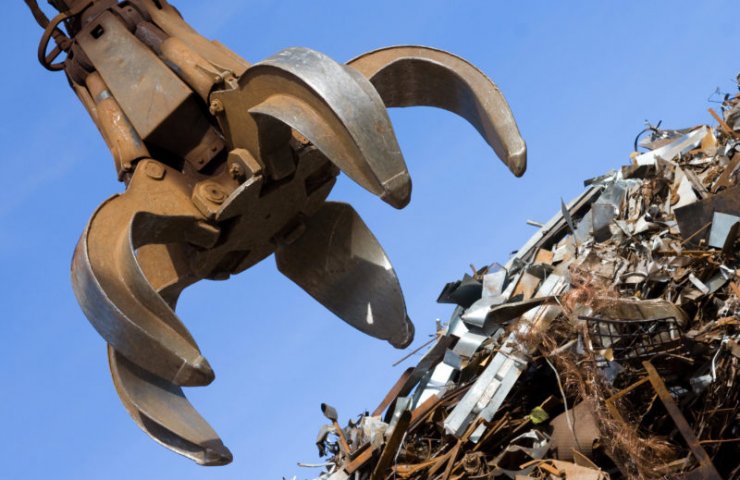 Scrap supplies to metallurgical plants in Ukraine on June 10-16 decreased to 58.3 thousand tons. Last week (June 3-9) 76.5 thousand tons were supplied to the plants. The demand for scrap last week amounted to 61.1 thousand tons, which indicates a deficit in the supply of scrap at the level of 5% of demand.

Last week, metallurgists did not change purchase prices, leaving them at the level of 8,000 hryvnia per tonne at world prices of about $ 500 (13,500 hryvnia) per tonne. The prices of scrap collecting companies for grade 3 scrap in the regions were at the level of 6,460 - 6,510 thousand hryvnia per ton. The upper border of the price range prevails in the southeastern regions of the country.

Remains of scrap in the warehouses of metallurgical plants decreased to 305 thousand tons. Last week there were 330 thousand tons. Scrap stocks are 35 days, which is three times higher than the standard value. The highest stocks at Dneprospetsstal - 84 days. The lowest - at Azovstal - 20 days.

As predicted by Ukrpromvneshexpertiza, the downward reversal of prices for rolled metal and scrap on foreign markets will push Ukrainian factories to lower purchase prices on the domestic market in the coming weeks. The forecast average price next week is UAH 8,000 per ton.

Recommended:
Interpipe specialists licensed a workshop in the UAE for threading premium pipes
German Saarstahl agreed to acquire French metallurgical plants Liberty Steel
The European Commission has extended the protective measures on the import of steel into the region for another three years
On this topic
Scrap collectors of Ukraine actively protest against the extension of the duty on the export of
Experts insist on the premature trading of scrap metal by Ukrzaliznytsia
Ukrzaliznytsia held 11 auctions for the sale of scrap metal worth half a billion hryvnia
Ukraine reduced the export of metal products for 2020 in monetary terms by 12%
Prices for metal products and scrap metal began to fall in China
Tokyo Steel sixth time since the beginning of the month increased the procurement prices for scrap
Partner news
Сomments
Add a comment
Сomments (0)
News Analytics
Workers of Novokramatorsk Machine-Building Plant vaccinated with American27-07-2021, 15:01
Kharkov plant "Turboatom" can be renamed to "Ukrainian power machines"27-07-2021, 15:33
At least one person died and four went missing in an explosion at a chemical27-07-2021, 15:25
A powerful explosion thundered at the Bayer chemical plant in the German city27-07-2021, 12:56
Steel raw materials prices decline in all regional markets27-07-2021, 11:57
Steel raw materials prices decline in all regional markets27-07-2021, 11:57
On the regional markets of metallurgical products, prices are balancing in a22-07-2021, 16:22
Demand for armaments will ensure a stable growth of armored steel sales by 4%20-07-2021, 10:10
Protectionist Measures Support European Steel Prices Despite Summer Lull19-07-2021, 11:02
Positive price growth is observed in the markets for metallurgical products16-07-2021, 14:12