The Ukrainian Union of Industrialists and Entrepreneurs called on the Cabinet of Ministers to adopt a state target program for the development of shipbuilding, to give a clear assessment of the possibility of extending its own corvette program and the implementation of numerous memorandums with foreign governments in this area. 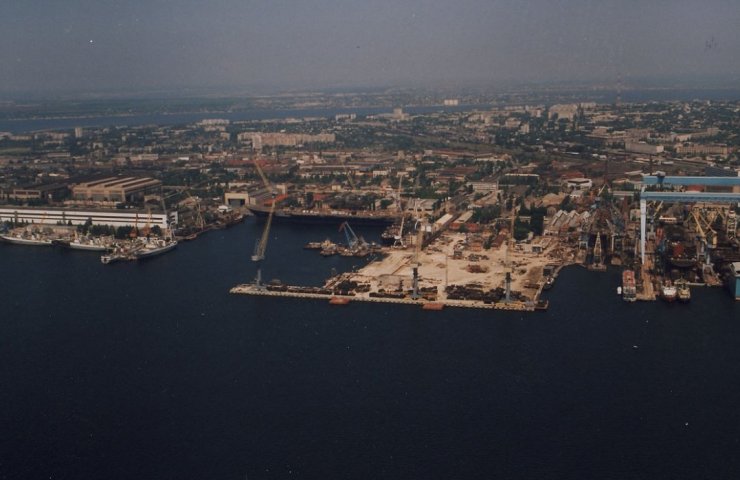 The Black Sea shipyard has been liquidated - such a decision was made the other day in the Nikolaev economic court. According to the report of the liquidation commission, all the property was sold, and the documentation for the corvette "Volodymyr Veliky" was returned to the Ministry of Defense of Ukraine.

As noted in the Ukrainian Union of Industrialists and Entrepreneurs (USPP), the liquidation of the plant is a sad end to the corvette program of Ukraine, which could create 10 thousand jobs, restore the status of a shipbuilding state and strengthen the military presence of Ukraine in the Black and Azov Seas.

He also expressed doubt that the recently signed memorandums with the UK, Turkey and the United States worth billions of dollars will be implemented, because this requires colossal funds that Ukraine does not have. Despite the victorious reports of economic recovery, while such indicators as unemployment (1.8 million people), labor migration (7-9 million people), low paying capacity of the population (51% on the verge or below the poverty line) do not make it possible to confirm this thesis ...

The situation is no better in industry, exports, which for years have remained at 70% raw materials.

“In each of the high-tech industries, there are still significant problems. The international scandal around Motor Sich, the threat of KrAZ bankruptcy, the fall in carriage building by 70% over the past year, the colossal losses of the State Space Agency, where only Yuzhmash lost 672 million hryvnia in 2020, etc. The list goes on. And if here, despite the problems, any movement is visible, then the situation in shipbuilding is really disappointing, "Anatoly Kinakh noted.

Финансовая аналитика, прогнозы цен на сталь, железную руду, уголь и другие сырьевые товары. More news and analytics on Metallurgprom telegram channel - subscribe to get up-to-date market information and price forecasts faster than others.
Сomments
Add a comment
Сomments (0)
On this topic
Yuzhmash told whether it is possible to launch reusable rockets from the Black Sea
"Naftogaz" has filed a lawsuit against the government of Ukraine for the issuance of a
UN Secretary General: humanity has a chance to cope with global warming
"Naftogaz of Ukraine" in February reduced the price of gas for industry by 15%
United Global Logistics (United Global Logistic LLC, hereinafter UGL) launched a container terminal
Ukrainian Union of Industrialists and Entrepreneurs demands to adopt a shipbuilding strategy
Recommended:
Steel plant in Switzerland prepares for shutdown and layoffs
China's leading industrial profits fall 2.1% in first 8 months
The European Commission plans to create a European hydrogen bank with a budget of 3 billion euros
News Analytics
The production of passenger cars in Russia decreased by 2.8 times in eight29-09-2022, 11:19
Donetsk and Torez electrotechnical plants will start producing electrical29-09-2022, 11:37
Ukrainian coking plants reduced gross coke production by 55.2%29-09-2022, 11:28
China ramps up investment in transport to bolster economy29-09-2022, 11:33
The heads of mining companies named the main risks for business29-09-2022, 10:03
China production cuts in winter will give limited boost to steel markets -15-09-2022, 10:09
Steel prices may rise as manufacturers stop production11-09-2022, 14:06
IREPAS: The global long products market is in a "dramatic situation"10-09-2022, 20:49
Steel prices are unlikely to rise significantly in the near future - analysts02-09-2022, 22:58
Steel prices may move up on new data from China31-08-2022, 12:19
Sign in with: