The supply of electrical equipment is carried out for loans provided by the European Investment Bank and the European Bank for Reconstruction and Development. 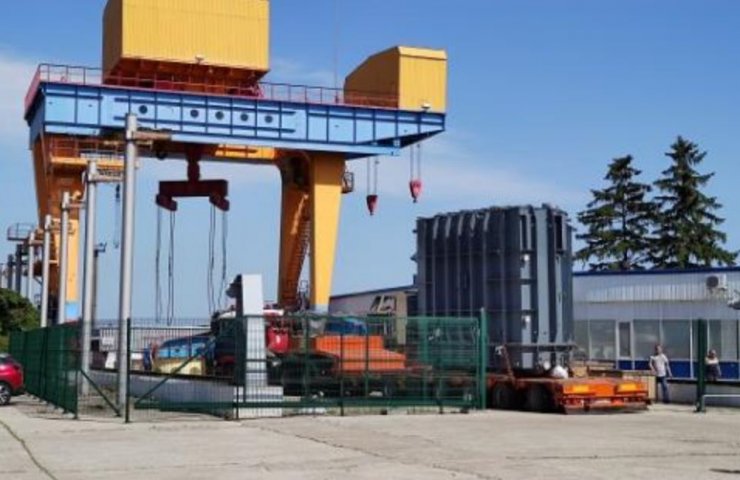 On June 25, a block power transformer T2, manufactured by the Azerbaijani company ATEF Group, was delivered to the Kiev pumped storage power plant. About this reported by the press service of Ukrhydroenergo.

The equipment was supplied as part of the project "Rehabilitation of Hydroelectric Power Plants" for loans from the European Investment Bank and the European Bank for Reconstruction and Development.

The weight of such a transformer without attachments is 116 tons, and its capacity is 150 MVA.

ATEF was founded in 1961 to manufacture distribution transformers under the name “Baku Transformer Company”. After privatization in 1997, the company was reformed and invested in the production of injection-molded and dry-type transformers.

At present, ATEF unites 5 large factories for the production of electrical equipment with a nomenclature of more than 3 thousand items, as well as wires of various configurations and building structures located in Azerbaijan.

The ATEF group of companies, in addition to 9 major transformer and cable plants, also includes a design bureau, construction, installation and transport department.

Финансовая аналитика, прогнозы цен на сталь, железную руду, уголь и другие сырьевые товары. More news and analytics on Metallurgprom telegram channel - subscribe to get up-to-date market information and price forecasts faster than others.
Сomments
Add a comment
Сomments (0)
On this topic
The US Embassy congratulated Ukravtodor on signing a memorandum with an American company
Electricity prices declined, but too early to relax - ArcelorMittal Krivoy Rog
ZTR will supply two powerful transformer to Georgia
Head of Zaporizhzhya CI: Zaporizhstal owners are terribly concerned about Shurma's departure
Zaporozhtransformer for the first time used the shipment of equipment by container lines
The transformation of coal regions will have a significant impact on the entire economy of Ukraine
Recommended:
Carriage building plant in Kremenchug stopped production due to debts
Norwegian startup to build €4bn green steel plant
Dneprovsky Metallurgical Plant continues to operate rolling shops using tolling raw materials
News Analytics
European steel price rise that began in January will be short-lived - MEPS26-01-2023, 14:44
Steel production in China rose in the first decade of January26-01-2023, 12:30
UK is ready to give 300 million pounds to save British Steel20-01-2023, 21:31
Carriage building plant in Kremenchug stopped production due to debts20-01-2023, 21:11
Europe's passenger car market records its worst year since the turn of the20-01-2023, 21:03
S&P: Russia will continue to dominate the steel export market in the Black05-01-2023, 11:22
Fitch Analysts Predict Big Drop in Global Steel Consumption This Year14-12-2022, 13:59
Analysts predict 5% annual growth in the iron casting market through 203006-12-2022, 12:44
Commodity prices will fall, metals quotes will rise slightly - Focus Economics28-11-2022, 13:28
Platinum market to face shortage next year - WPIC22-11-2022, 18:25
Sign in with: