The most popular car in Ukraine was Toyota, sales of which increased by 25%

The Japanese automaker has displaced Renault, which remained the most popular brand in Ukraine, to second place, having sold 1,296 cars in a month. 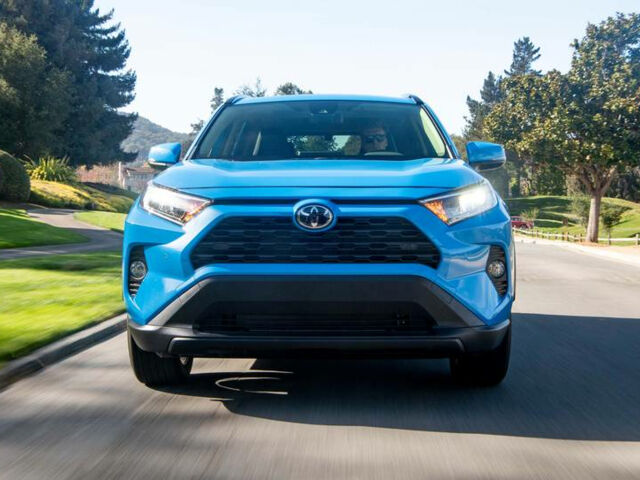 Compared to the result of the previous month, registrations of new cars in Ukraine increased by 4%.

The most popular brand in June 2021 in Ukraine was the Japanese Toyota (a year ago it was the European Renault).

Toyota took the first line of the rating with an indicator of 1,296 sold cars. The bestseller of the month was the Toyota RAV-4 with 547 registrations. Thus, compared to last year, this Japanese brand has improved its June result by almost a quarter.

In total, in the first half of the year in Ukraine, 48.4 thousand new passenger cars received their first registration numbers, which is 30% more than in the same period last year.

Финансовая аналитика, прогнозы цен на сталь, железную руду, уголь и другие сырьевые товары. More news and analytics on Metallurgprom telegram channel - subscribe to get up-to-date market information and price forecasts faster than others.
Сomments
Add a comment
Сomments (0)
On this topic
Over the year, the Ukrainian market of new passenger cars decreased by only three percent
Sales of new cars in Ukraine in February increased by 21%
Demand for new cars is falling in Ukraine
Ukrautoprom called the TOP 10 brands lehovich cars on the Ukrainian market in 2019
Sales of new cars in Ukraine in March has decreased on 15%
November demand for passenger cars in Ukraine collapsed by 17%
Recommended:
European non-ferrous metal producers demand action on rising energy prices
In August, the truck market in Ukraine decreased by 62%
The US will prioritize budgetary purchases of steel and metal products with a low carbon footprint
News Analytics
EBRD downgrades Ukrainian economic growth forecast for 2023 from 25% to 8%28-09-2022, 13:57
EU plans additional sanctions against Russian metallurgy27-09-2022, 10:34
The European Commission has approved 5.2 billion euros of state support for27-09-2022, 10:43
China's leading industrial profits fall 2.1% in first 8 months27-09-2022, 10:20
Moody's changed the outlook for the global mining industry to26-09-2022, 19:04
China production cuts in winter will give limited boost to steel markets -15-09-2022, 10:09
Steel prices may rise as manufacturers stop production11-09-2022, 14:06
IREPAS: The global long products market is in a "dramatic situation"10-09-2022, 20:49
Steel prices are unlikely to rise significantly in the near future - analysts02-09-2022, 22:58
Steel prices may move up on new data from China31-08-2022, 12:19
Sign in with: